This write up is a follow up post from my youtube video about Decred. I’ll be forthcoming, I knew nothing about this project until I started the research for the video. I previously did not hold any Decred but the team, and community were nice enough to change that by donating! However I asked Twitter, like usual, and received overwhelming requests to cover this project.

I will admit that finding out the exact history and start of this project was difficult. Apparently the founders of Decred, which is short for Decentralized Credit, value privacy and anonymity so much that they, themselves are also pretty anonymous. The current project lead is Jake Yocom-Piatt but he isn’t the originator.

The roots of Decred started back in April 2013 when an anonymous person named “tacotime” commented on a bitcointalk thread about wanting to make an altcoin that actually improved upon the current system, this eventual improvement was first named Memcoin 2.

At some point in 2014 the anon developers approached Jake who was a CEO of “Company 0” a company focusing on privacy and security based blockchain solutions and they began working together.

In December of 2015 the Decred project was finally announced as an, “open, progressive, and self funding cryptocurrency with a system of community based governance integrated into its blockchain.”

And then in February of 2016 the mainnet for Decred went live.

Decred originally was funded by Company 0, and directly paid for by the developers out of pocket. The cost of developing the project was approx. $300,000 in USD. The company decided the best way to deal with the expenses was to premine coins as part of the launch of Drecred.

The premine consisted of 8% of the total supply of 21 million coins (1.68 million coins). This was split equally between compensation for the team, and the company and also the the cost or the airdrop, the airdrop was 840,000 coins, 50% of premine, 4% of total Decred supply. The current marketcap for the project is $703 million, placing at number 48 out of the top 100. 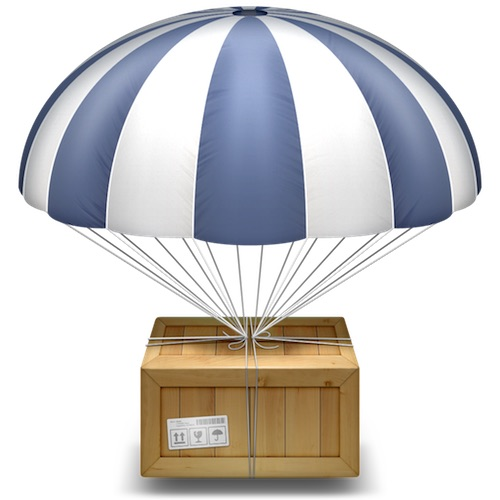 The airdrop sign up was available to anyone and ran from January 4th to Jan 18th of 2016. However not all of those who signed up were allocated airdropped coins. As with most “free” events there were dishonest sign ups, and the project needed to weed through fraudulent accounts.

Decred values technological progress in any form, so the the airdrop was targeting individuals who have made contributions to advance technology in any capacity. To elaborate if participants could show they were active in the crypto-community they were eligible for the air drop. Something as simple as tweeting about crypto would qualify you for the airdrop. They did this because they thought it would help to enlarge the Decred network, further help decentralize the distribution of coins, and allow them to get coins into the hands of people who are interested in participating in the project.

The maximum number of airdrop participants was capped at 5,000 individuals. And they made sure to mention the airdrop was unconditional and there was zero expectation of Decred to receive anything from the participants in return.

Although there was a premine none of the developers received free coins. All the coins owned by the project developers were either purchased at the cost of 0.49 cents per coin, or exchanged for work done on the project.

Decred’s system uses a hybridized PoW/PoS consensus. This approach that takes bits from the Proof of Work and Proof of Stake systems. Their goal with this was to create a balance between miners and normal users.

Decred has a mechanism for hard fork voting, so they are not potentially dangerous. While a hard fork is possible on Decred, the voting protocol makes it so that users can vote on changes before activation. Then upon passage of the vote, the changes go live. In fact Decred recently navigated the first fully user-driven hard fork.

The block validation time is 5 minutes, and the fees work out to be something like a fraction of a penny. They have an active desktop wallet for Mac, Windows, and Linux.

The mining is straightforward and works like Bitcoin however the staking is a little bit more confusing.

The Proof-of-Stake system is open to anyone who owns DCR coins. Using your DCR, you can choose to buy tickets that allow you to participate in the governance of Decred. At the current rate you need to hold approx. 80-90 DCR coins in order to buy a ticket.

Once your ticket enters the pool, you wait until it is chosen. The lottery is designed so that on average tickets will be picked within 28 days, and a 99.5% chance of being chosen before your ticket hit it’s expiration date which is 4 months. If a ticket does not vote within this window, it expires, and the ticket fee is lost (don't worry, the cost of the ticket is refunded). However, the chances of this happening are less than .5%.

Once chosen, you’ll help validate a block, and you’ll receive the price of the ticket plus a staking reward for participating. The staking process encourages longer term investment in the Decred project because your DCR will be in the system tied up for a few weeks while you’re staking.

Luckily because there is the option to join a staking pool who can vote on your behalf, you won’t need to leave your computer running the entire time your ticket is in the pool.

PoW receives 60% of each block reward, but that's also dependent on if the block being mined is holding the max of 5 votes from the stakers. If say, 3 out of 5 votes are included the reward for the miners have the option to wait, to get more votes and risk losing the block, or mine the block with 3 votes and receive a smaller payout.

The use of a combo of mining and staking means everyone gets a vote when it comes to improvement and forks in the Decred blockchain. Preventing things like hard forks, and also keeping the community involved.

Sustainability and longevity require that a subsidy of 10% of all block rewards be given to a development organization on an ongoing basis.

Currently on the roadmap is the upgrade for the Lightning Network and improvements to the wallet. Making the lightning network work with Decred, or any crypto is a lot of work, but I was told the implementation is a few weeks away. I also saw the eventual implementation of some kind of privacy capability.

Currently the only way to participate in staking on the decred network is to hold 80-90 DCR coins, as I write this Decred it hovering around $107.00 USD. For a newcomer, or someone looking to diversify that is a heavy price tag for staking.

In comparison there are other projects out there who have a significantly higher price tag.

Not to mention that if you do buy enough to purchase a ticket, you could still be waiting up to 4 months for your ticket to be picked out of the pool. As stated above there's a 0.5% chance of that happening, but in the same light I know I’m impatient as a person, and don’t think I would have it in me to wait.. Don’t get me wrong I think it's a great, and fair concept, but that’s a big investment.

In the future Decred is planning to introduce a feature where you would be able to pool DCR with several parties so you can buy a ticket with a minimal amount of DCR and simply split the reward and receive more regular, albeit smaller payouts. I could see that being hugely beneficial for them.

The last thing I noticed is that outside of that random wave of Decred requests on Twitter.. I haven’t really heard much about the project. I don't see people talking about it very often, which I find strange because I think the hybridized consensus system is really innovative solution to the current issues plaguing other cryptos. All and all I think it's a great, innovative project. 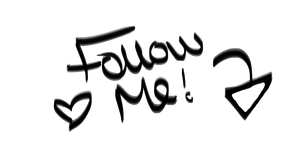 If you're feeling generous- Tip Jars:

The information provided is not to be considered as a recommendation to buy or invest in certain assets or currencies and is provided solely as an educational and information resource to help traders make their own decisions. Past performance is no guarantee of future success.
It is important to note that no system or methodology has ever been developed that can guarantee profits or ensure freedom from losses. No representation or implication is being made that using the attached material will guarantee profits or ensures freedom from losses.
CryptoCandor shall not be liable to the participant for any damages, claims, expenses or losses of any kind (whether direct or indirect) suffered by the participant arising from or in connection with the information obtained this website or directly from the website owner.

Hey, nice to see you on Steemit. Keep the good info coming!