I did a post introducing steemit to DAZ 3D a week or so ago and I covered the various generations of figures and explained about them. The named series top of the line usually ended with the number 7. So Victoria 7 was a named figure style built upon the base called Genesis 3 Female.

Today when I was checking the things I check daily I noticed a Victoria 8 and a lot of Genesis 8 related content and figures. This tells me that the next version of the figure is rolling out and they didn't go for Genesis 4, but instead are numbering the Genesis series to match the named figures it will go with this is not a bad thing.

In the Daz Installer I checked and a new update for Daz Studio is available and it also has for free Genesis 8 Female Starter Essentials.

I haven't begun messing with Genesis 8 to see how it looks compared to the others. It should as with each generation be an increase in fidelity and further steps towards realism.

So far they have only released the female version of this new model, but it would not surprise me to see the male version appear tomorrow or very quickly. It claims to be the most backwards compatible version of Genesis so far. It can wear clothes, and hair from Genesis 3 male/Female, Genesis 2 Male/Female, Genesis, and Apparently Victoria 4. I would suspect the Genesis 8 Male when it comes out to also support Michael 4 if it follows a similar trend.

I will likely mess with this sometime in the near future and may do a post on it.

Since I just introduced Daz 3D not long ago and a new version of figures is dropping I thought it was worth keeping everyone informed.

Plus if this is your thing the Victoria 8 figure and bundles are likely the lowest cost they will be for awhile. I've noticed on release day they tend to have pretty significant discounts, and they quickly disappear. 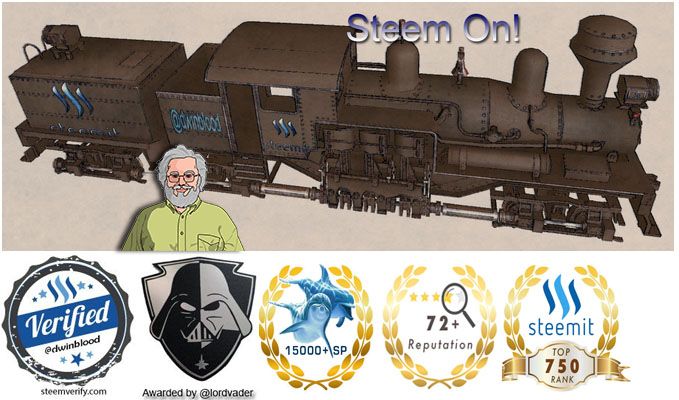 Submit
$56.34
50 votes
4
Authors get paid when people like you upvote their post.If you enjoyed what you read here, create your account today and start earning FREE STEEM!
Sort Order:
[-]
emperiumfx (39)  ·  3 years ago

I cant believe how much this has evolved within the years!! I used to play with Victoria 3 and 4 back in the day, before i took a professional road towards 3d character design and modeling! This is awesome, as Daz continues to exist, though i'm wondering who is using that and for what nowadays? I remember Renderosity back in the day (10 yrs ago) was one of the leading sites for such content (not sure anymore, since i stopped following that line long time ago). Anyway, seeing this post brings me nice memories! :) Would definitely read your previous articles!

I see signs of it being used all over the place. It can easily be exported into game engines. The amount of morphs and creature types are pretty astonishing. To be honest with you I'd likely always use this as the base for characters if they are human or humanoid and perhaps build up from them. For the average human type needs it is pretty phenomenal and I can focus my needs elsewhere. It is actually my son @theanubisrider that tends to do all the modeling on our side. I do use Daz myself quite a bit, and I have the Decimator product so if need be I can also tweak texture atlases LOD and a lot of other things before I export it.

My focus is on game development, but this will likely be the tool I use for all humanoid characters. They look very good.

I often see AAA game titles coming out and I'll see things that make me think this is likely what they used. I don't blame them, the quality is certainly high enough. In fact, by default it is higher than you want for a game based upon current hardware, but you can scale that and do some optimization to address that.

Just wanted to chime in and say Daz 3D's hexagon software is one of my favorites to use for modeling in 3-D printing.

I haven't tried using that.