The Legacy of Classical Liberalism

Liberal democracy, the secret of success and the escape from the spirit of the tribe.

The tribe is a social group whose members share a same origin, as well as certain customs and traditions, like language and religion. Although it is an anthropological concept, it has being used to describe urban groups, such as gangs, usually of teen-agers who dress similarly, hold common habits, and even develop their own jargon.

Every tribe has an attraction to a way of life in which the individual gives up his liberty in exchange for safety, thus avoiding the accountability of his decisions, surrendering it to the chief of the tribe or to a shaman or to charismatic messianic leader—who will solve all his problems. He takes refuge in mysticism or magic, emotion overtakes reason, he only trusts the members of his group while he is suspicious of everyone else. This "spirit of the tribe" is defeated by the advance of civilization, in particular, by liberal democracy. Communism, socialism, populism, nationalism embody the spirit of the tribe, resulting in perverse outcomes and disasters.

This is the thesis of a recent book written by Mario Vargas Llosa, winner of the Nobel Prize for literature (2010) : The Call of the Tribe (La llamada de la tribu, in Spanish). As noted in the foreword, the book is an autobiography, a reflection of his intellectual and political evolution. It tells how he slowly realized that "bourgeois" democracy was not a hidden way of exploitation of the poor by the rich. And that the explanation for the progress of civilization rests in the dissemination of the values proclaimed by the liberal doctrine. 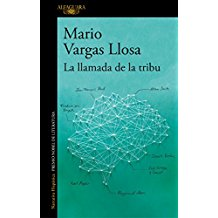 This doctrine is the legacy of the intellectuals who developed it, including 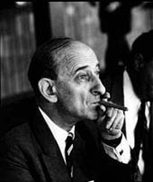 But, what is and what defends liberalism?

For the author, liberalism—although it has no answers for everything—supports a small but unmistakable body of beliefs. And that liberty is the supreme value, that freedom is not divisible or fragmentary and should manifest itself in all domains: economic, political, social and cultural for a society to be genuinely democratic. Liberalism is at the frontier of human rights, freedom of expression, political diversity, equal opportunities and respect for the sovereignty, dignity and autonomy of the human being. The author emphasizes that liberalism is a pragmatic political doctrine, not a dogmatic one; one that is full of skepticisms and grey nuances; although Vargas Llosa believes in individual freedom, he also leaves space for government intervention.

It is in the scope of civil liberties where liberalism has become a universal belief. Human rights such as freedom of expression, equality before the law, the sovereignty of the individual over the collective, are an integral part of human dignity to which all authority should be subordinated.

In the political field, all government systems must have a system of opposition and separation of powers as well as checks and balances. Agencies such as the Comptroller and Attorney General must be autonomous and independent of the other functions of the state. Suffrage must be free and universal. Political term limits and decentralization should serve to limit the abuse of power.

In the economic realm liberalism has not being equally accepted. On the contrary, asserting that private activity is superior to public or governmental activity is anathema for many intellectuals as well as politicians and businessmen. Free trade, easy entry and exit to economic activities, getting rid of price controls, limiting fiscal spending and debt are policies stigmatized as "neo-liberals, proper of the savage capitalism of the extreme right." Hence ignoring that economic prosperity is the result the application of these policies.

The successes of Western civilization are the result not only of the thinking of illustrious intellectuals (such as those included by Vargas Llosa) but the increasingly frequent experience that real or utopian socialism leads to disasters and crimes against humanity. For Vargas Llosa liberal democracy and moral superiority was demonstrated by the prosperity of Great Britain under the leadership of Margaret Thatcher, whose reforms transformed the country in a few years in the most dynamic European country. The author asserts that:

The Government of Margaret Thatcher (1979-1990) meant a revolution, made within the strictest legal course. Nationalized industries were privatized and British companies ceased to receive subsidies, they were also forced to modernize and compete in a free market, while «social» housing (government housing rented to low-income people, a policy used to create and maintain and electoral constituency) were sold to their tenants, according to a programme that wanted to turn Britain into a country of proprietors. The borders were opened to international competition. and obsolete industries (like coal) were closed to allow for the renewal and modernization of the country. Those reforms, that turned the country in a few years in Europe's most dynamic society, came accompanied by a defense of the democratic culture; an affirmation of the moral and material superiority of liberal democracy over the authoritarian socialism that breeds corruption and ruins an economy; such policies reverberated around the world. (Loc. 115)

Ronald Reagan and Margaret Thatcher had a clear liberal orientation, though defending conservative positions on many social and moral issues even reactionary—neither one of them would have accepted gay marriage, abortion, the legalization drugs or euthanasia, which seemed to me legitimate and necessary—carried out radical reforms some of which I disagreed with. Nevertheless, when the sums and the subtractions are done, I am convinced that both provided a great service to the culture of freedom. And, in my case, they helped me to become a liberal.

Excellent message for a generation more and more given over to statism.