🏰 Project: Traveling through our history. 🚂

Greetings to my friends Steemians, today I want to present you with a project called: Traveling through our history: Know and make known the discoveries that lie in the anthropological museum of Táhira-Venezuela. This project and all the images are the authorship of the users: @edagmi and @gasuba. Introduction: This project aims to go through each historical epoch that defines our identity. The objects found in some states of Venezuela, especially the Táchira and why not, also some international objects, which give added value to the history found in this museum. The posts that will be announced during this week to the entire Steemit community are classified by categories, these are:

Archeology of the world:

We will know some archaeological pieces found in countries such as Spain, Egypt, Peru, Ecuador and Colombia. In this theme we will know some pieces found in Venezuelan states such as: Apure, Carabobo, Zulia, Merida, Amazonas among others ... These pieces will tell us the daily life and the tradition of the indigenous people of the time. In this journey through history we will find some artifacts used by the inhabitants of this region, which describe their survival and some customs that were carried out among these religious cults. In this topic, data of relevant years, discoveries and methods that were used for the excavations will be released. It should be noted that these events are described for some municipalities of Táchira. San Cristóbal is the capital of the Táchira state, so for this theme a retrospective of the before and after this capital will be made, based on the photos of the time that rest in the museum. History of towns of Táchira:

For this fragment, some stories and photographs that describe the origin of some municipalities of San Cristóbal are shown. Photos and postcards of the time:

At the time of the first photographic images, an impeccable process was observed that was carried out before a photographic shot and more when it was a session. In this issue we will see some international photographs and some postcards that were sent between relatives of other countries to Venezuela, also sent in the same country, in addition to photographs of characters of the time. In this historical trip we will find some objects dating from the colonization and other relevant dates, showing utensils of ladies and gentlemen of the time. Also, some objects of personal use with historical sense of the region are shown. Crafts of the region:

The Táchira state contains great craftsmanship, designing some products such as baskets, vases and other pottery items, as well as some processes for making panela and coffee. In this subject some historical utensils are shown about the beginnings of these fabrications. To finish this project, the architecture and the historical value of the anthropological museum of the Táchira state will be revealed, where all these valuable pieces described above rest. At the end of the project we will publish the guidelines for the award that we will make through a contest that will be titled the name of the project. See you in the first publication of this project. 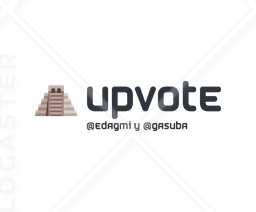 Submit
$0.08
7 votes
2
Authors get paid when people like you upvote their post.If you enjoyed what you read here, create your account today and start earning FREE STEEM!
Sort Order:
[-]
minnowsupport (70)  ·  2 years ago