Among those martyrs, there were so many her hometown people. They were executed in the fortress not far from her house of birthplace.

Queen Jung Suun had very complicated character in Choson dynasty political process. I think I could have chance to post about Choson Dynasty politics in some time.

Anyway today I'd like show her house which was well preserved. Until now her descendants are living there. Some of households had been burned away by accident, the main building is still excellent.

There were monuments of showing royalty to country in front of house. The monument meaned that the ancestors of this family had dedicated their life to keep king and save country. 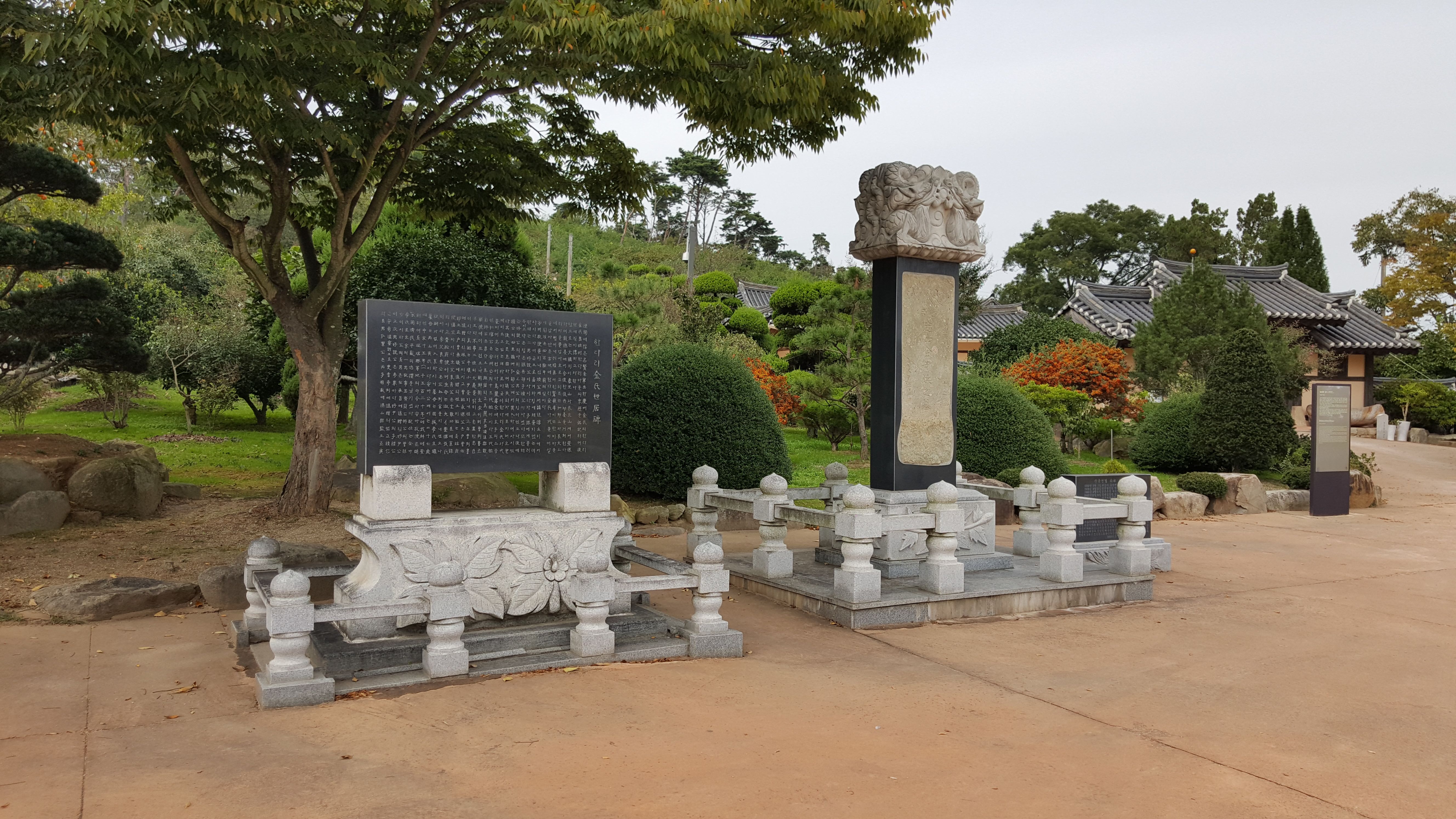 Very handsome tree was planted in front of the main gate, 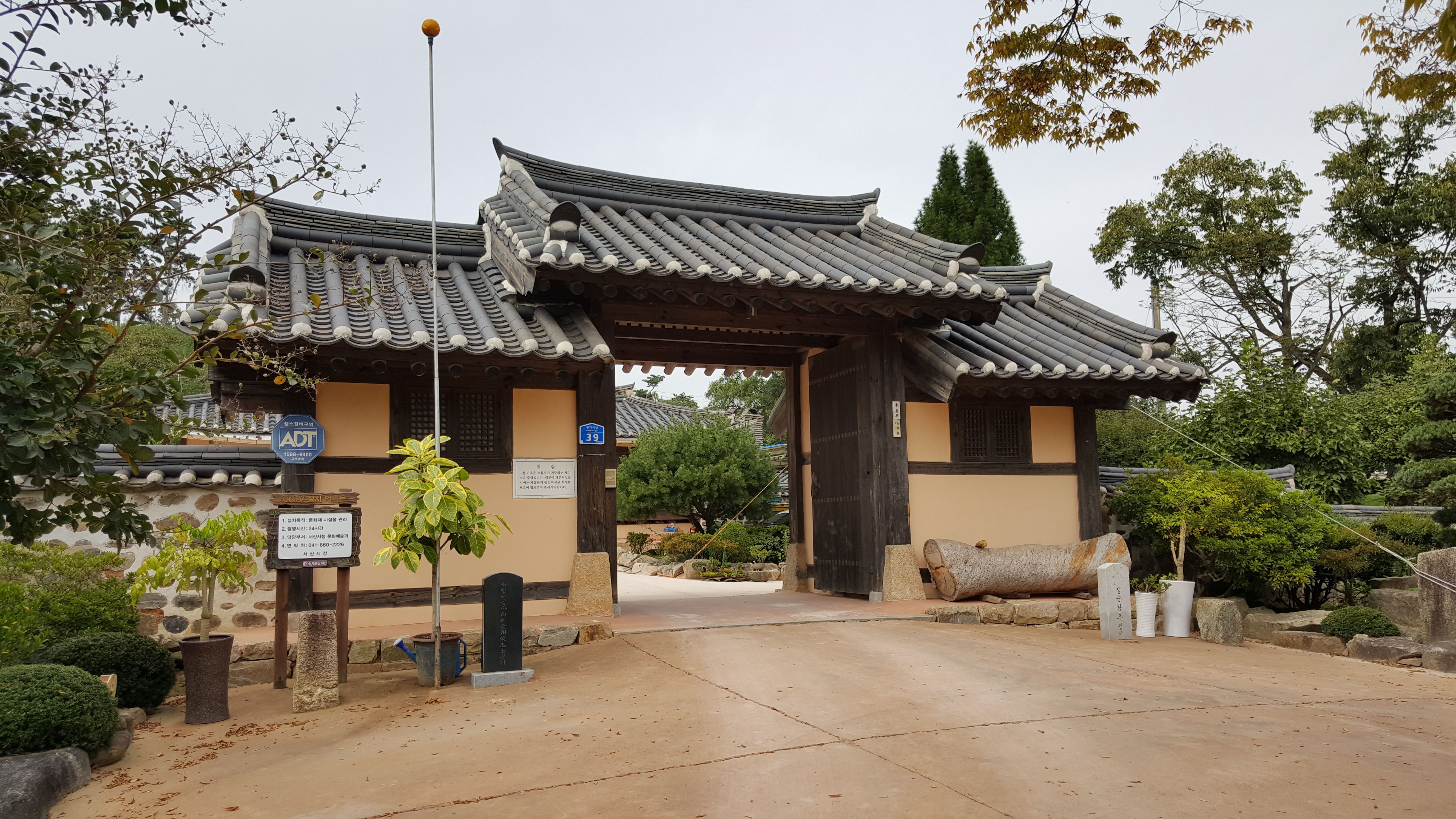 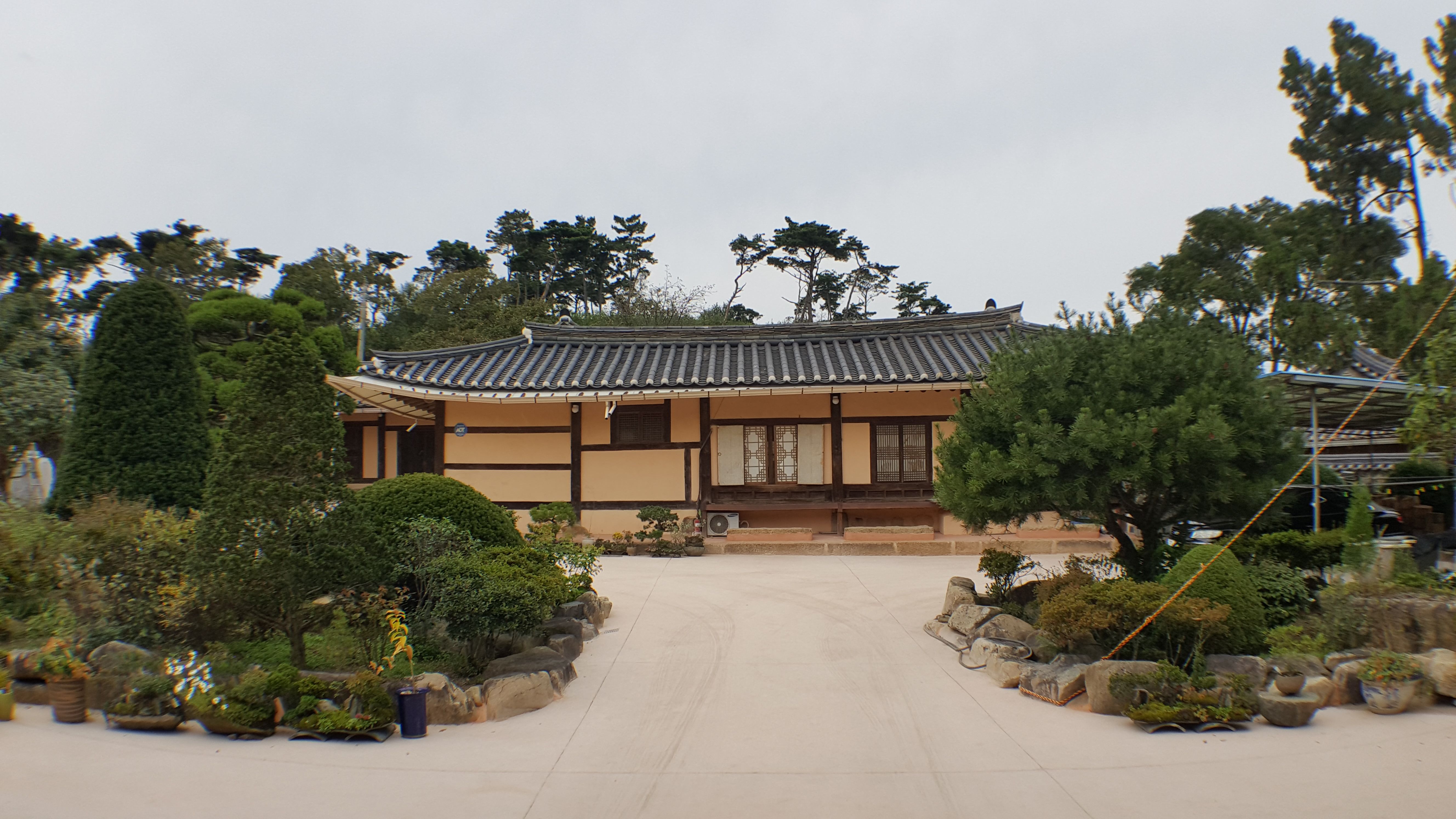 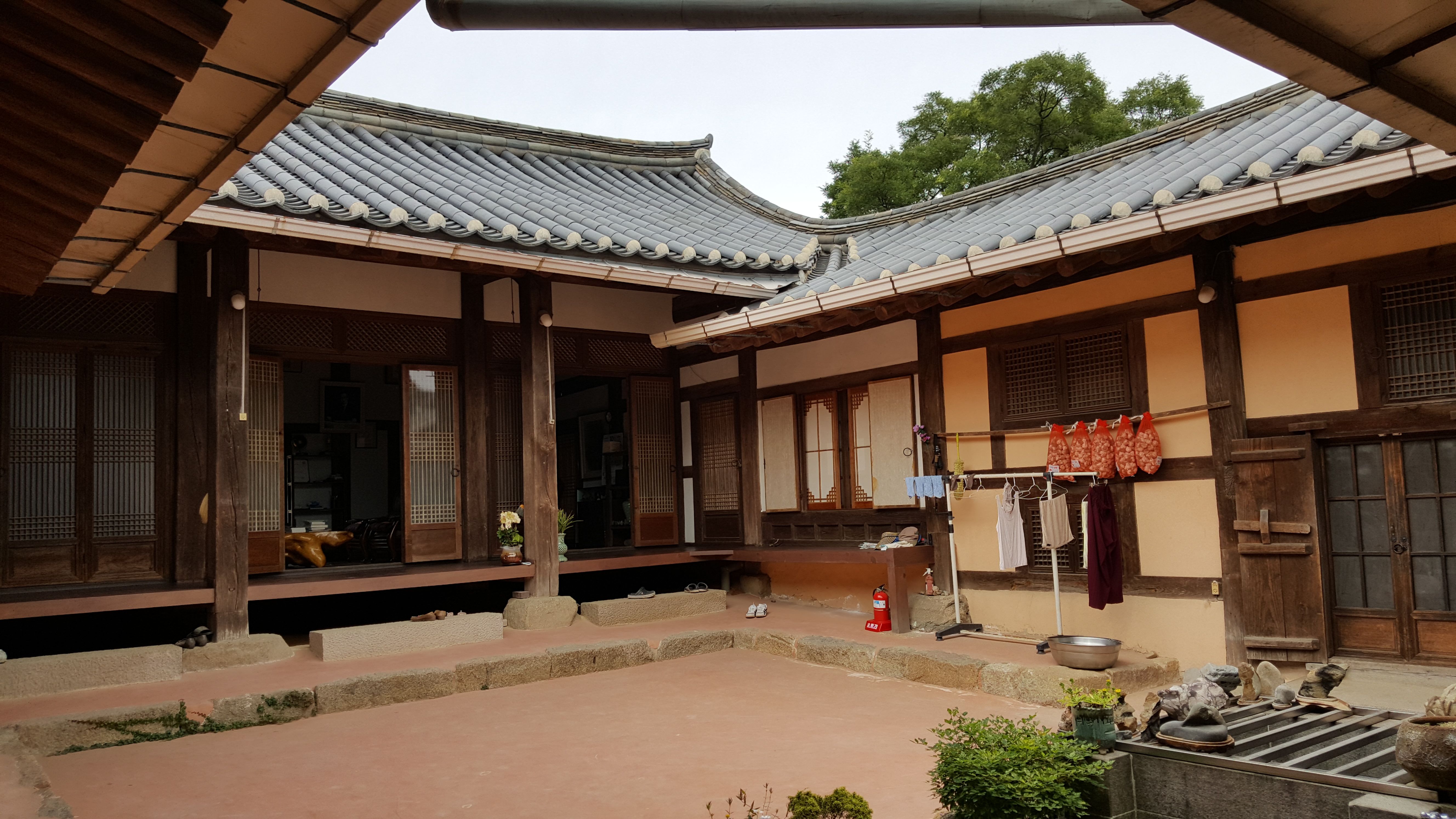 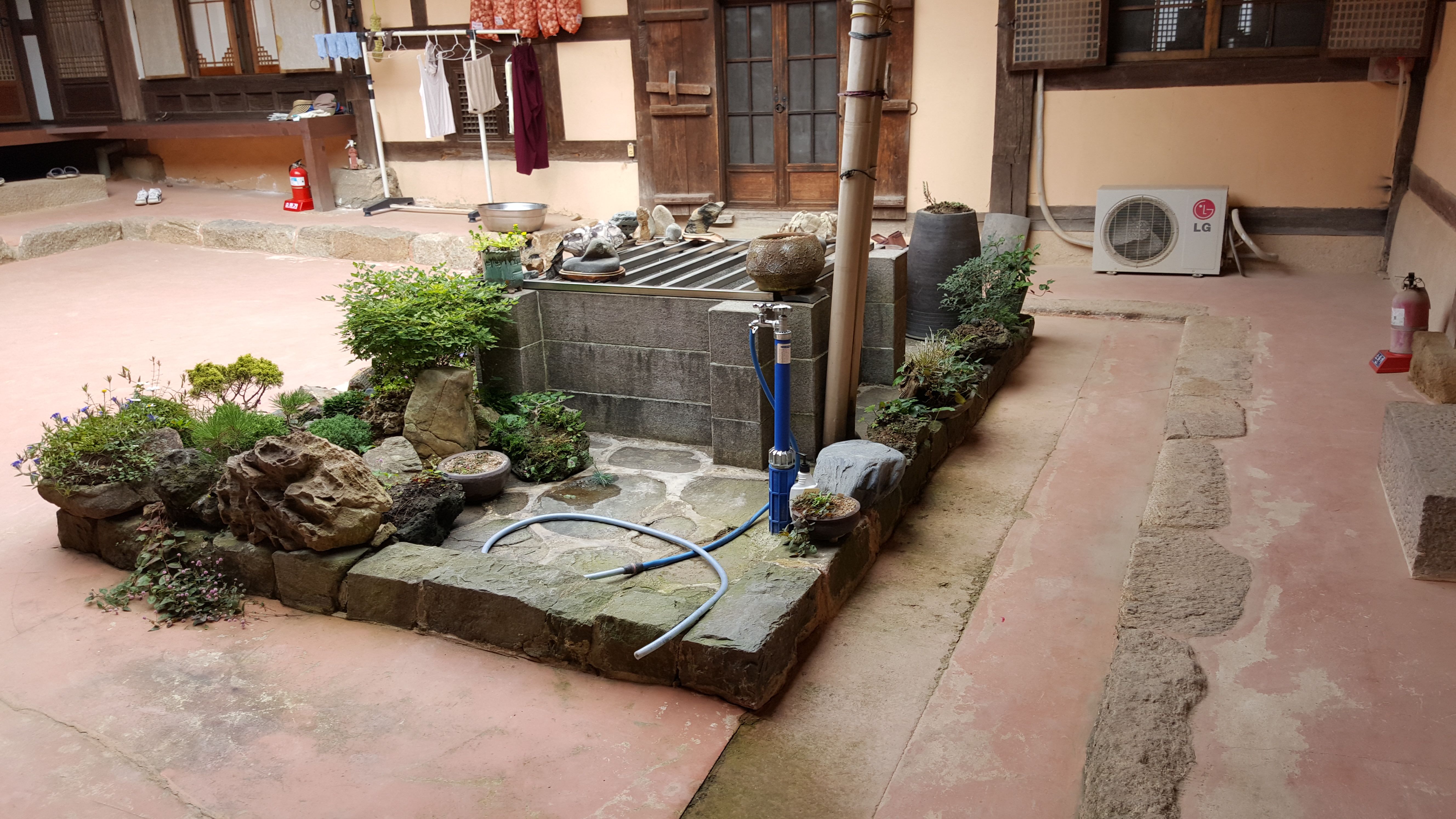 Bonsai on the garden 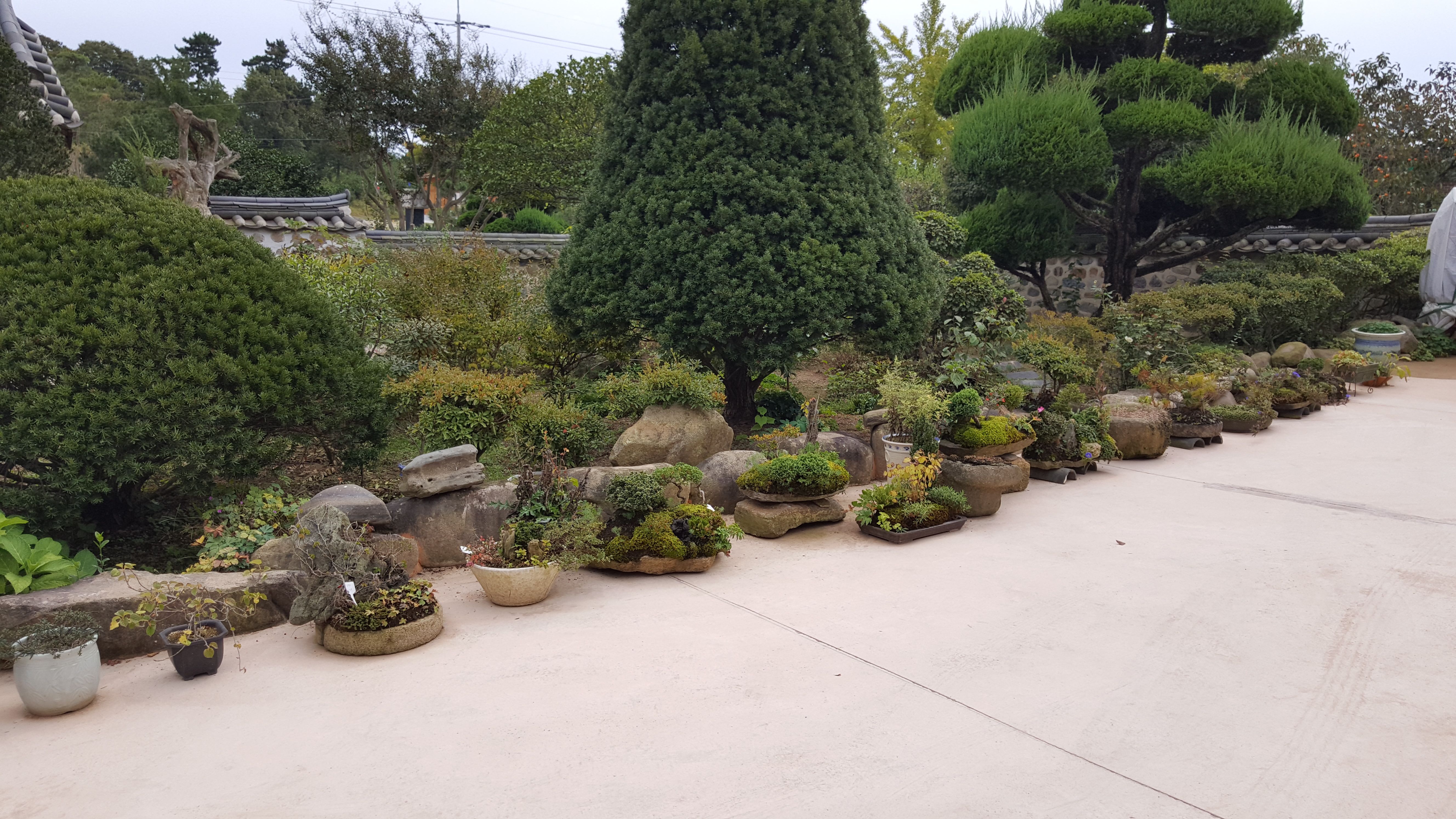 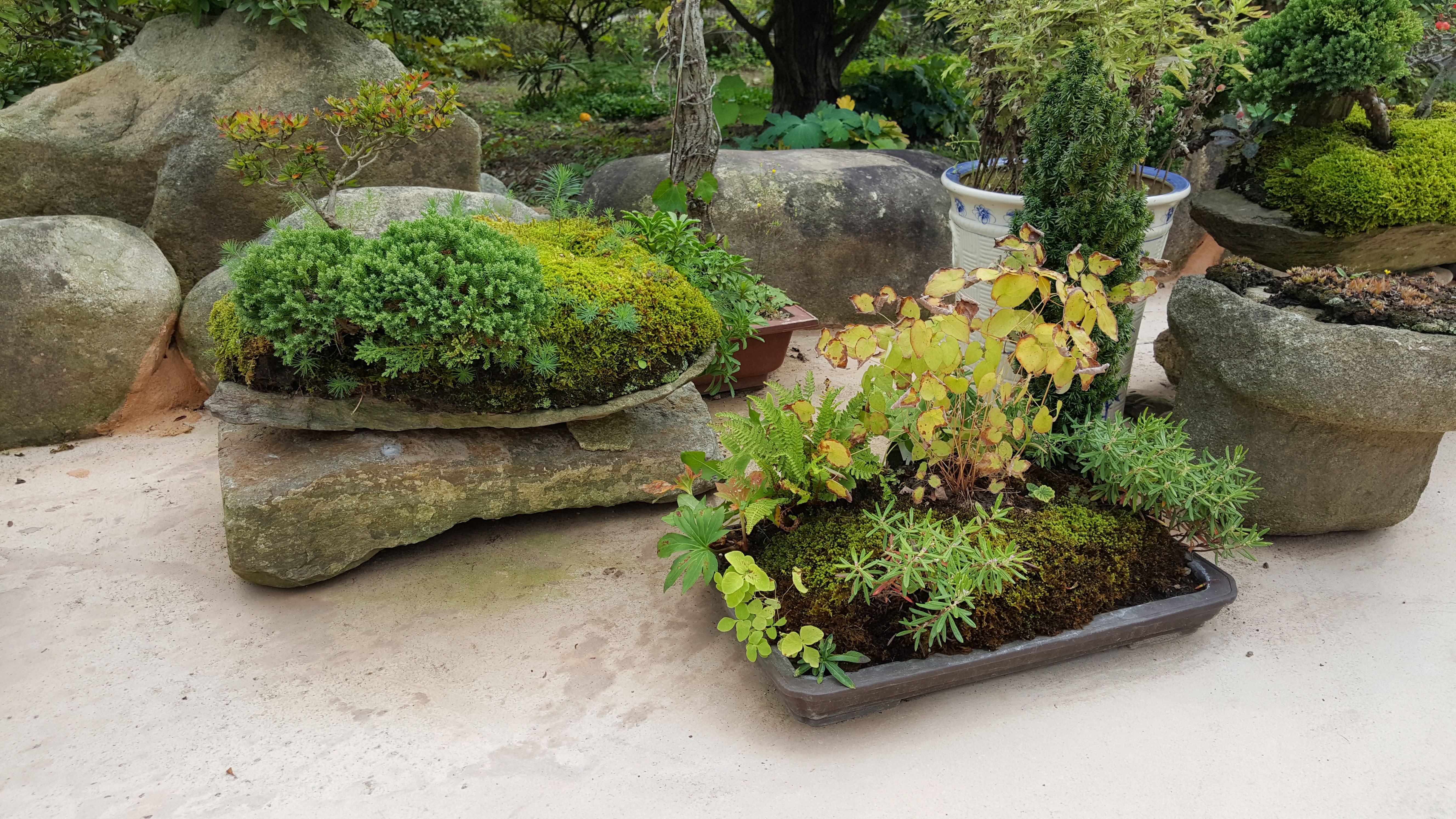 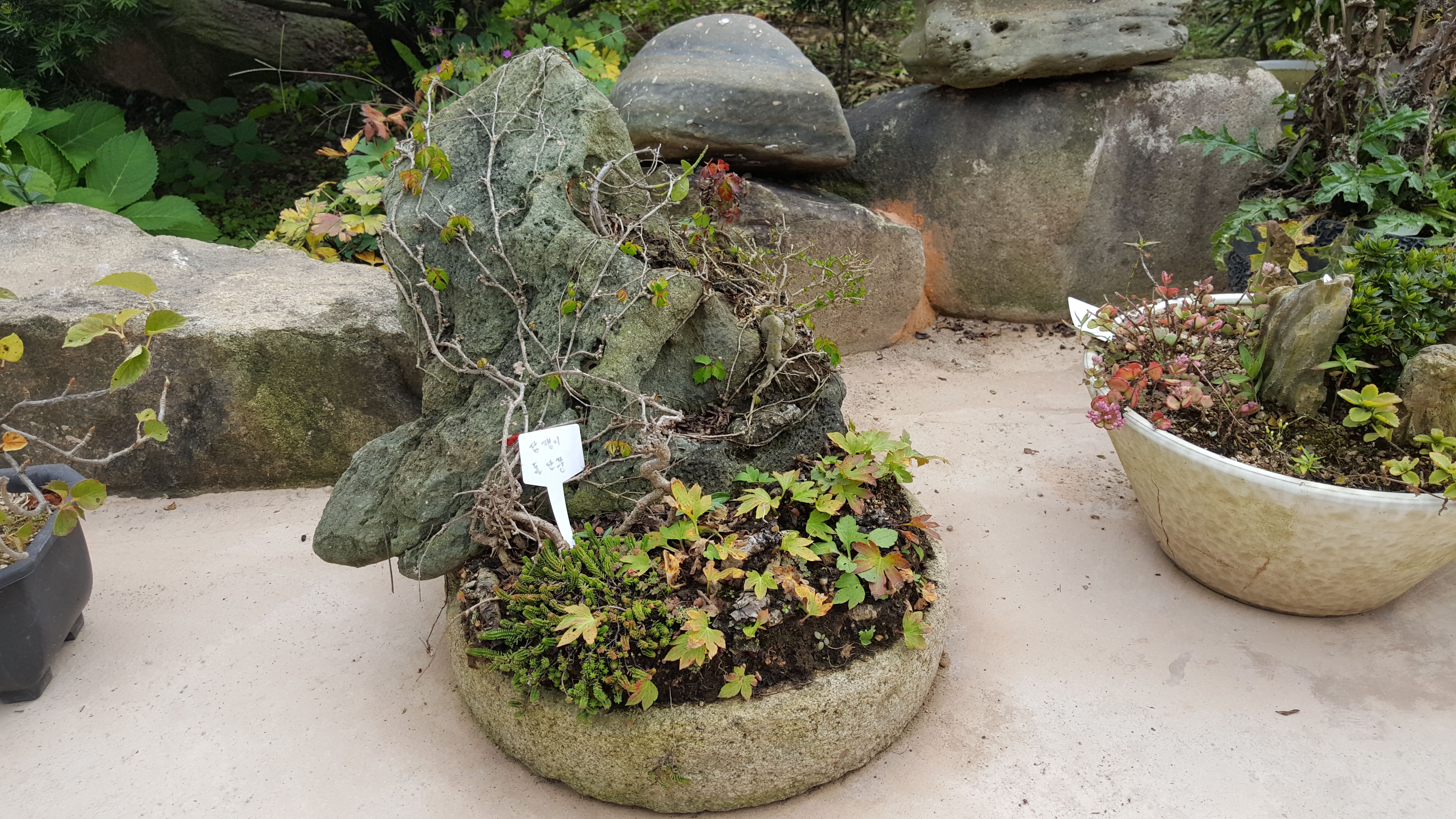 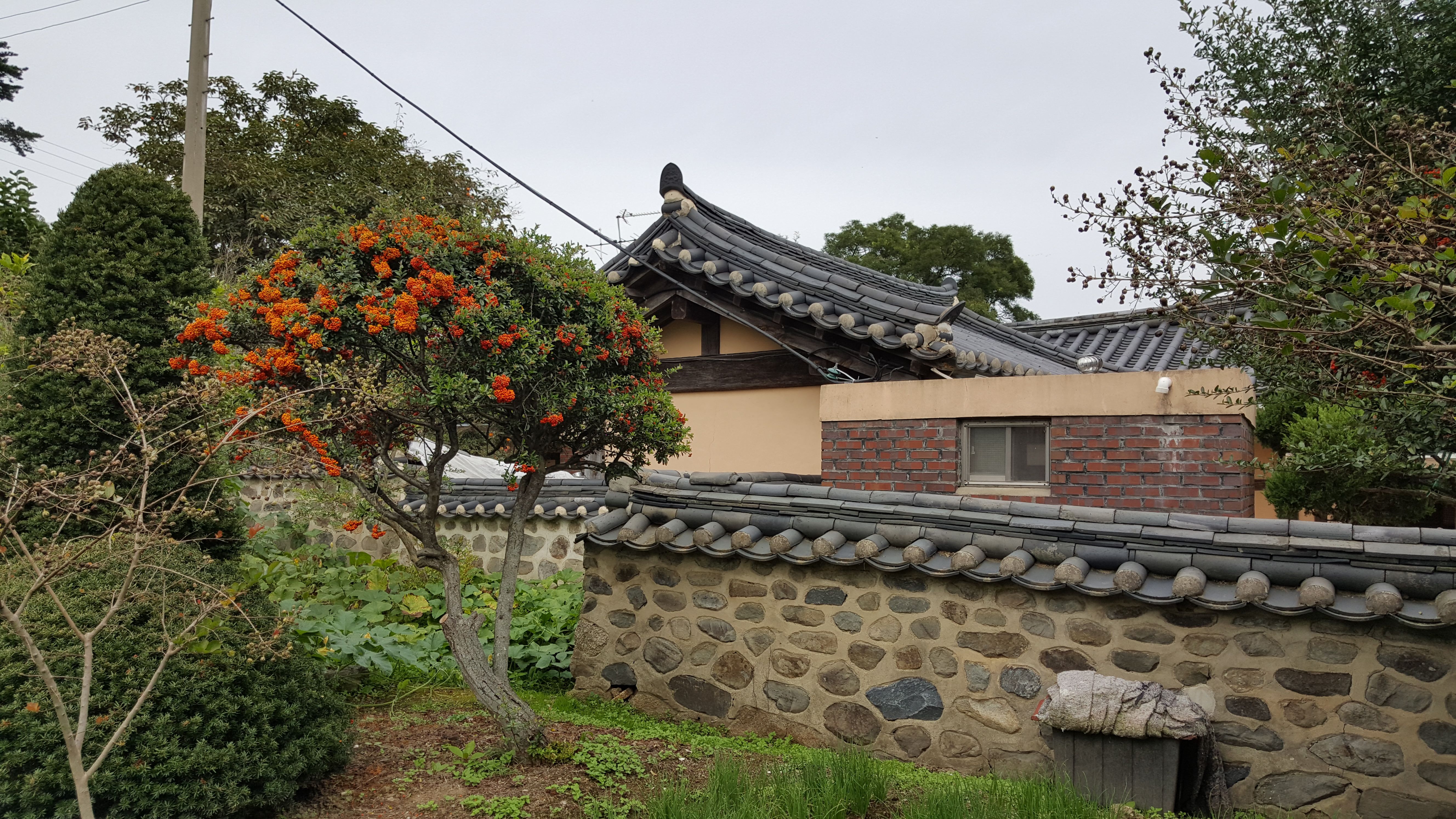 Owner of this house was the descendant of Queen's family. He was a mayor of this city. He opened his house to tourist.

Next to this house, there was a house where the Queen had been living in her childhood before marriage.
I will post on that next time.

Great place and wonderfully taken photography. The place is 200 years old and still pristine and aesthetic.

an interesting post today, @slowwalker about a powerful and determined queen.

Queen Jung Suun helped establish Chinese Confucian ideals and doctrines but was hostile to other beliefs.

She led the Persecution of Catholics in 1801, opposing this church until it was officially recognized some 80 years later.

Her house seems to mirror her character - very orderly and functional.

The photos are excellent illustrating a beautifully preserved house that is impeccably neat and tidy, right down to the trimmed bonsai plants.

It's interesting that her descendants still live in the house and the owner is the mayor of the town who proudly puts the house on display.

Unfortunately the queen's legacy is marred by turning against many of her own people.

A wise ruler never troubles his own house.

An informative and beautifully illustrated post today, my friend

@slowwalker waoo wonderful royal house. photos are awesome.
well where this house is it located?

Beautiful but not practical. Modern houses better for life. What do you think?

@slowwalker - Amazing place. I just love the typical Korean architecture of the curved roof style. The courtyard is so neatly laid out too. Just looking at the whole place gives me a feeling of calm. Thanks for sharing and giving the interesting background of Queen Jung Suun.

wow that is some amazing pics really wonderful

Thanks for posting. What a fantastic house. And A great collection of outdoor bonsai.

Thank you for sharing history. All photos are very interesting. Success always for you @slowwalker

The house looks still very nice and neat, a house that is unique and historic. I am also curious why King Young Jo can kill his son, is it because of power? Good writing and pictures with historical value. I like and thank you @slowwalker

Great post @slowwalker good job, I upvote 100% for you , pliss you are visit my blog and upvote my post

The place is so calm, neat and so peaceful. If I may assume, the tree has been living longer than the buildings around that is still used by Queen's family. The most important thing is, the place is well preserved. Korea has wonderful people. Love following your post @slowwalker. I cant wait to read your next post. I obtained a lot of knowlede of Korea history thru your writing. Thank you very much.

Ahh how beautiful looks so tranquil , love the little bonsai trees. Thanks for sharing 👍Look forward to seeing future travels.

This place is so beautiful. I wish if I could ever visit this place.

Hear that beautiful house, it is seen that she has lived many stories. I like the gardín and the decoration, simple but elegant.
Good pictures.

Aww! Nice capture and nice story as well. Why would the King kill his son? Haven't heard of that story yet I'm sorry. And I am also surprised when her Queen is just 15years old when he marry her. I felt bad for the Catholic people because I myself belongs to that religion.

at some point I will visit you to look at the beauty and culture on the ground. I hope you have time for me to show me everything....

Such places can accumulate lots of powerful energy. People look at it and charge up from it. They admire it and fill it with new waves, so it's an infinite circulation like we have it on Steemit.
Thank you!)

OMG so oooo incredible photography my heart is fall out this picture awesome ,😍😍

You have so much history and culture where you live that is wonderful and to have the history with the pictures is amazing I love it, thanks for the lesson today😊

This post has received a 0.38 % upvote from @boomerang thanks to: @humptydumpty1

Congratulations @slowwalker, this post is the second most rewarded post (based on pending payouts) in the last 12 hours written by a Superhero or Legend account holder (accounts hold greater than 100 Mega Vests). The total number of posts by Superhero and Legend account holders during this period was 19 and the total pending payments to posts in these categories was $1079.73. To see the full list of highest paid posts across all accounts categories, click here.

This name generator will give you 10 random names for noble houses. Technically any name can be noble, it pretty much depends on the family behind it, but there are also a lot of stereotypical names, which are included in this generator as well.

The names have been divided into 3 types. The first 3 names in this generator are combinations of parts of real noble houses, the combination will create a new noble house name while still keeping the overall feel of nobility.

The next 3 names are similar to the first 3, but real words are combined instead. Names in this generator tend to be the most stereotypical, like 'Blackwood', 'Crowmore' and 'Rothhall', but these names also tend to work best in certain works of fiction.

The last 4 names are far more randomized. Instead of combining 2 large part, these names are the combination of several smaller parts. This means not all names work as well as some, but this way you also get noble house names for non-English nobles, as obviously noble families aren't only English.

Wow! that's a really nice place.As like a in my dream sequence.

I read your article well. That's a lot of help to me. Thank you.

Even some modern things in the shot, can't suppress back the spirit of history. It's hard to imagine for me what feelings this place invokes in live visit. Thank you for this small adventure into past.

I liked reading the history of Choson Dynasty.and its nice that now it has been opened for the tourist...nice photos.
Resteemed..

It's amazing to read that the descendants are still living there my friend! Wow!
I love Bonsai so much, I have one at home and it is so expensive to buy here in my country mate!
Great post as usual!

Awesome garden, imagine being a kid growing up there, it would be a childhood to remember.

Fascinating place. I wonder if the internal patio developed independently there, or if it's a borrowed element. That is common in southern Europe and a feature of Roman Nobles' homes, as can be seen at Pompeii.

Always interesting these visits to the cultural places of your place ...

I think you are a person who loves travel, your curiosity is very high to the history of antiquity. now you have come to the residence of Queen Jung Suun in the past, the buildings are still very intact. there are even some buildings that have been burned by accident at that time.
your knowledge is great, I really like the history, because that we can learn from that history.

Very nice photos, and an interesting story along with them. Keep up the good work.

this place can attract anyone .i want to know more about that place so you can write another blog for this

Very good my post,,
friend please go to my blog ..