cryptotax (59)in #cryptokitties • 3 years ago (edited)

You may have heard cats have nine lives, but in the end they do not escape the certainty of death and taxes.

Many of us have indulged in the game of CryptoKittens. Some of us may even have been lucky enough to turn a real profit breeding and selling them. In the U.S., this profit could be taxable. 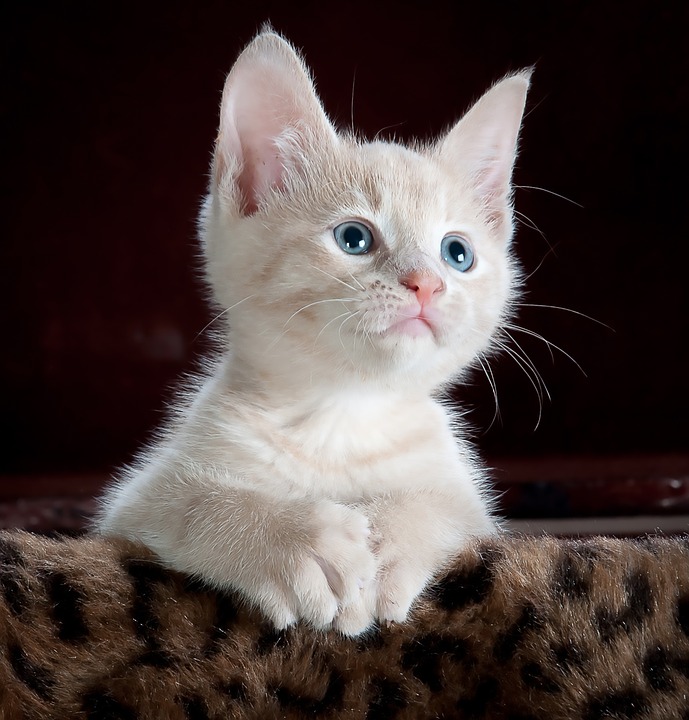 CryptoKitties is coined as "Beanie Babies" of the blockchain. The cute, cuddly game is also famous for being one of the first distributed applications on Ethereum that significant clogged the network.

Each CryptoKitten is a Smart Contract that runs on the Ethereum network. Each kitten can be bought, sold, leased out for breeding through "siring", gifted or bred into new kittens. But the story starts with the initial genesis block of CryptoKitties:

The combination of generation zero kittens through "breeding" results in the creation of new kittens ("Generation 1, 2, 3 etc."). Each kitten resulting from the breeding is a unique Smart Contract with unique traits. The unique traits of each smart contract are represented/materialized through a unique pictorial avatar of each kitten, as well as a bio & description of unique "Cattributes" underneath the avatar.

More information is provided in the terms of use: https://www.cryptokitties.co/terms-of-use The IRS in 2014 determined that virtual currencies are subject to income tax if they can be: Impact of IRS Guidance on CryptoKitties

Because each kitten is a Smart Contract, below are some general considerations for CryptoKitty users in the U.S.: CryptoKitten taxation uncertainty is just another reason for anyone involved in crypto to contact a tax advisor.

Disclaimer: This series contains general discussion of U.S. taxes in a developing and unclear area of tax law. As always, you should consult your own tax advisor in your jurisdiction to determine your specific situation as this is not personal advice; and consider any future guidance by the Congress/IRS after the date of this article. Under Circular 230 to the extent it applies, this article cannot be used or relied on to avoid any tax or penalties in the U.S., its States or any other jurisdictions. This post/book does not create a client relationship between the author and the reader. I hold a few CryptoKitten smart contracts through my account, however my understanding is the trademarks/copyrights are all solely the property of Launch Labs, Inc. d/b/a Axiom Zen (For information on the trademarks and copyrights see: https://www.cryptokitties.co/terms-of-use). Therefore, I have not included pictures of my kittens.

I kinda thought this, but didn't want to be Gloomy Gus, publican edition. Plus it would only be speculation on my part.

The issue is sort of like MTG cards (or any other kind of trading card, really). This layman is reasonably certain that trading said cards is a taxable event, even if one that is generally ignored. The difference here is that everyone, including the IRS, has an indestructible virtual paper trail of every crypto-collectible interaction.

This is, among other reasons, why I never involved myself with CryptoKitties. Hopefully some reasonable Congress will pass some reasonable de minimis crypto exception to allow this sort of thing to flourish without having to worry about the taxes of it all.

This is, among other reasons, why I never involved myself with CryptoKitties.

Everyone with a steemit account is in for a world of hurt by any stretch of the imagination. I probably have hundreds of taxable events a week easily on my steemit account. Cryptokitties is nothing compared to that.

(1) Traded among users
(2) Exchange for U.S. dollars or other currencies (including taxable virtual currencies).

Well, this means that gaming in general may begin to come into tax law. For example, that guy who recently got a CS:GO weapon skin worth 61 grand...

Correct - great points. I have a plan for a digital currencies - gaming edition that will center around WoW and Diablo (can cover the topic of skins too). Some great discussion with @not-a-bird in this thread:

The Pilgrims were the first to introduce cats to North America.

Cat memes are welcome in this thread.

The Amur leopard is one of the most endangered animals in the world.

Cats are the world's most popular pets, outnumbering dogs by as many as three to one

The earliest ancestor of the modern cat lived about 30 million years ago. Scientists called it the Proailurus, which means “first cat” in Greek. The group of animals that pet cats belong to emerged around 12 million years ago.

A domestic cat can run at speeds of 30 mph.

With passage of time many things exchanges have changed same goes for money From Barter to Crypto-currency this transition will go on till advancement continues. Well Cryptro kitties I have heard or seen but after reading your article , I will be now searching for it. Thanks for sharing it

This post has received a 2.12 % upvote from @booster thanks to: @cryptotax.

This post has received a 4.93 % upvote from @boomerang thanks to: @cryptotax

I believe that even though this is an article for which you MIGHT receive compensation, you are still ok to post pictures of CryptoKitties. I think the Fair Use Doctrine has you covered, even though you agreed to the terms of service:

I read that section of the agreement to mean you are good to go to post pictures in a Steemit article.

Show us the kitties!

I would like to clarify one thing. If you were looking to add photos of GrumpyCat to an article, then I would say tread lightly. GrumpyCat scares me sometimes.

Interesting. I will have to check this rule out for the future. I am typically cautious.

Since you purchased your CryptoKitty, also check out the First Sale Doctrine.

Since my first reply, I see other Steem writers posting images of CryotoKitties. If Steemit.com were receiving takedown notices from the CryptoKitty copyright holders, I feel we would have heard about that by now.

I am not an attorney, but if someone ever messes with you about posting an image of your Kitty, or other item that you have purchased, then feel free to contact me. I am rusty, but have a strong background in takedown notices, and the DMCA.

Your article made me realize that I need to add CryptoKitty representation to my business card, and in my advertising. Here is a rough draft of the new card:

CryptoTaxAdvisor - Enrolled Agent licensed to practice before the IRS. Specializing in the representation of:

This is going to be my year!

You got a 1.00% upvote from @postpromoter courtesy of @cryptotax!