edwardthomson (52)in #cryptography • 5 years ago (edited)

This article covers some of the basic cryptographic primitives along with their intended uses. This article is not exhaustive but with a little bit of knowledge about how cryptography works then more people can start to grill the people behind ICOs and other blockchain projects. If the folks floating ICOs don’t understand what they are doing then it will show up pretty quickly.

Obviously not all projects being launched require an incredibly deep understanding of cryptography. Some ICOs are just raising funds (e.g. for movies) so it doesn’t make sense to ask these projects about cryptography. However, any project claiming to build a protocol on top of Ethereum should really have a clue what they are talking about.

The primitives that I will look at in this article are: Before I look at them I want to present the criteria by which they will be assessed: Confidentiality, Integrity, Availability. This has been a standard method for assessing security since Saltzer and Schroeder’s paper in 1975.

Here are a few simple illustrations of what each word means.

Outline of the primitives

Hash functions provide a notion of integrity. They take an input of data (of any size) and produce a fixed length output (fixed size). Every input produces a unique output, and if you are given the output string it is impossible to work backwards and recover the input*. The process is one-way. Hash functions can be used to detect whether data has been tampered with, they don’t technically prevent tampering.

Hash functions do not encrypt anything. They don’t provide confidentiality. All modern operating systems use hash functions as a means of protecting passwords. The passwords themselves are never stored (ever). However, it is possible to hash a password and check that the result is the same as the very first time when you created the password. This is a simple form of authentication and is something that is ubiquitous (e.g. logging into Steemit :-) )

Passwords should never be encrypted (why? operational security tends to be the biggest problem here rather than the theoretical hardness of the algorithm being used). It is for that reason that encryption alone is not sufficient for handling authentication.

Bitcoin and Ethereum use hash functions to provide integrity of transactions: i.e. show that a transaction is correctly formed.

*Not quite true, but good enough for practical purposes. Collisions and cracking are more advanced than we need to discuss here.

Encryption only provides confidentiality. Modern encryption algorithms are great for protecting sensitive data, but such algorithms don’t prevent tampering (integrity) nor do they provide any way of detecting that the encrypted message hasn’t been changed. This is another way of saying that encryption does not provide any notion of integrity.

When you connect to Steemit in your web browser the connection is over HTTPS. This means that all traffic is encrypted en-route. For example: when you type in your password to Steemit it is encrypted while in transit. This is to say that it is kept confidential. Once your password hits the Steemit website it will be hashed. This hash will be compared to the hash stored in a database. If you typed your password correctly then this calculated hash will match the original hash when you first created the password. Matching password hashes allow you to authenticate to Steemit. Obviously, this doesn’t actually prove the person who typed the password was actually you.

If keys are lost then availability is lost. 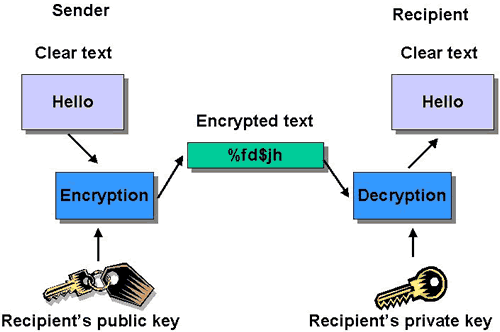 Message Authentication Code (MAC) functions provide a notion of integrity. This notion of integrity is stronger than that of a hash function. In short: a MAC function is a hash function that also requires a key. The addition of a secret key means that even if an attacker has a hold of the data they can’t tamper with the data and change the hash output in an attempt to to fool you. An attacker would need the correct key in order to calculate the correct MAC value. It is assumed that the MAC key is pre-shared safely (public key / asymmetric cryptography).

A MAC can be created from an hash function or it can be constructed specifically as a MAC function (this is known as an HMAC):

The left side is a MAC function while the right side is an HMAC which builds a MAC using a hash function. Here "k" is a key.

So let's use these plus the SHA256 hash function to construct a simple MAC:

I used the following link to calculate SHA256 hashes: http://www.xorbin.com/tools/sha256-hash-calculator

Digital Signatures provide a notion of integrity and of authenticity. In fact they also provide a notion of non-repudiation: the sender was definitely the sender and no one else (think about cryptocurrency transactions!). Note that they do not provide confidentiality. These algorithms are fairly heavy weight in comparison to a hash function, so it makes sense only to use them only when it is required.

Digital Signatures Algorithms fit under asymmetric cryptography which is to say that they have two keys. One key is used for signing data (this is private) while the other key is used for verification (this is public).

And at that I think I'll stop there. This should be enough to get started. :-) If you want to learn more I do highly recommend picking up the book Everyday Cryptography by Professor Keith Martin.

Disclaimer: this is my own opinion and not that of my employer.