With the development and mass rollout of advanced cellular networks, the reports of the imminent death of Wi-Fi have been myriad. If you were to believe pundits, the technology is going to the way of the Dodo and is only kept around because it is a convenient way to tie all of your home devices together. However, this kind of thinking treats wifi as a static technology and cellular networks as a dynamic one. While cellular networks have been getting better and more expansive, Wi-Fi technology has been steadily upgraded over the ensuing years as well. And the difference is that it’s not tied to expensive packages and broadband rarely has a hard monthly data cap.

And while the cellular speeds and coverage has grown, the amount of data needed to function online has ballooned as well. Image and video resolutions have soared, and mobile videogames have taken off in a way few expected.

So while you have more access to coverage and higher speeds, your needs have grown with capacity.

So, let’s look at the numbers

With the rollout of 4G and LTE, cellular networks have become fast, that’s undeniable. But let’s look at the numbers. LTE has a theoretical top speed of around 173 Mbps, but in common use tends to have speeds of around 5–12 Mbps, on a good day. This is a still a big step up from the older, more widely available 3G technology that provides speeds of around 4 Mbps at best and 1 or 2 Mbps on average.

The jump from 3G to LTE was substantial but check this out.

802.11n (an older standard of Wi-Fi) gives average speeds of 40 to 50 Mbps and 802.11ac, the bleeding edge of modern Wi-Fi technology, gives you speeds of 70–100 Mbps. This puts Wi-Fi at a significant advantage compared to cellular networks with regards to connection speed. 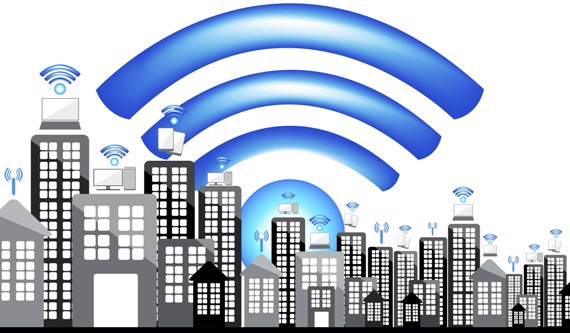 Speed isn’t the only major factor to think of when you’re comparing new cellular technology with Wi-Fi. One problem that is ubiquitous with cellular data plans and rare with broadband is the monthly usage limit. While you might be limited to 10 or 15 gigabytes of data usage per month on your cellular contract, a similar broadband plan is faster and unlimited.

It is for this reason that, even though LTE has become practically ubiquitous in major cities, you’ll often hear “hey do you guys have wifi” at work and while travelling. No one want to use their limited data plan, especially if they are going to do something bandwidth intensive like watch a football match.

Wi-Fi is here to stay

The huge difference in speed and cost, combined with the ever increasing range and speed of

Wi-Fi, puts it solidly ahead of 4G networks pretty much wherever both are available. This is why offices, airports, hotels, and cities still build their own expansive Wi-Fi networks even in the face of good 4G coverage.

Wi-Fi just provides a service that is both unlimited and several steps above the cellular competition in terms of speed. Despite changes in technology over the last few decades, the hierarchy of speed remains Wired, Wi-Fi, Cellular.

And cellular won’t always be there, if you travel a lot (or even rarely) there is a good chance that your coverage that is great at home is sparse or non-existent at your destination. This is one of the reasons hotels and airports still try to charge crazy access fees even though everyone has cell phones.

And lastly, the vast majority of people only have access to their cellular data plan on their phone. But if they want to use their tablet or laptop they’re probably going to have to switch to Wi-Fi. As you can see, Wi-Fi finds itself in a pretty secure niche and customers are always on the lookout for a free Wi-Fi connection no matter where they might be. A restaurant, a hotel, a café, an airport — wherever you there are people the question “do you have Wi-Fi” is going to be asked. A lot.

With World Wi-Fi you’ll be able to say yes. And make some money on the side.