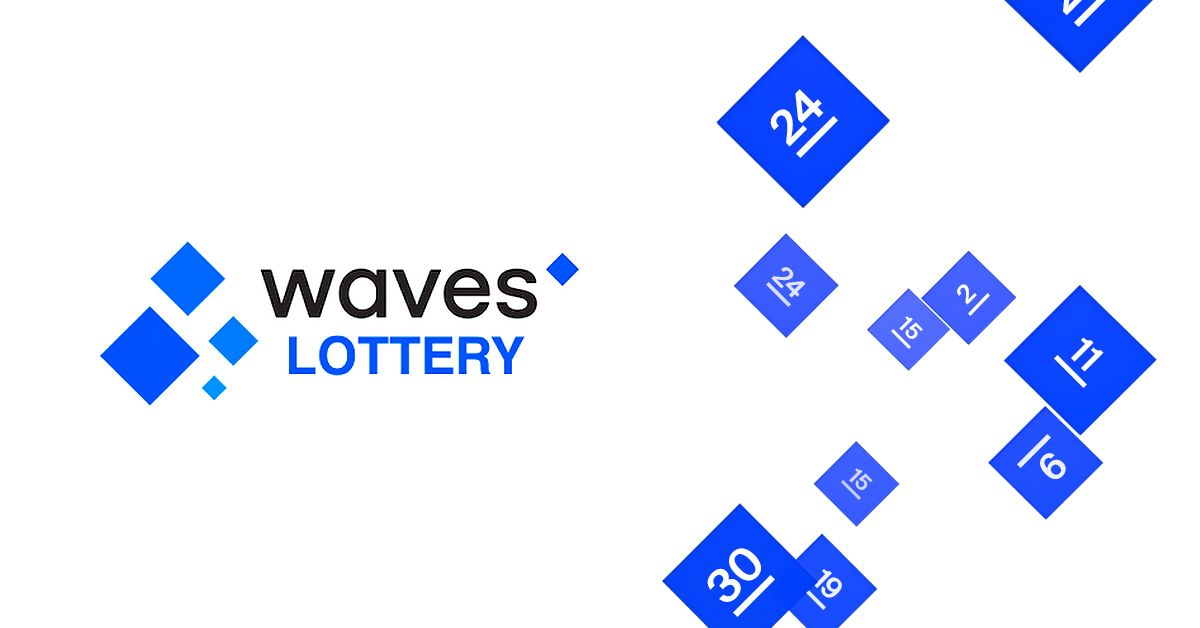 We’re glad to announce the launch of WAVESLottery  —  a blockchain-powered lottery running on Waves Platform. We asked @deepred (Marco A.), Waves Community moderator and one of the lottery’s creators, some questions about the project and gambling on blockchain.

— First, could you please describe the purpose and functionality of your project? How did the idea of WAVESLottery emerge?

— The purpose is to create the first game on WAVES. Blockchain isn’t just trading you can do whatever you want and that’s just another user case. I started accepting WAVES in my restaurant last year, I’ve always been interested in the Waves ecosystem and I built the WAVESNotify BOT for the community. Then, I introduced Waves to two friends of mine (developers) and they found blockchain was really intriguing. They started developing stuff using the Waves blockchain. Almost every other crypto has a lottery game and WAVES was really missing a lottery or some sort of game. We thought the idea was cool and we started developing the whole thing, I discussed with a few members of the community and everyone of them was excited about it and here we are.

— What are the mechanics behind the WAVESLottery? How do users participate, what do they have to do, etc.?

— There are four Lotteries, each one with a different bet: 0,10 0,25 0,50 and 1 waves. Each lottery lasts 180 blocks so approx three hours. Users just have to send their bets to the WAVESLottery address. More bets mean more tickets, so the higher the chances to win. When the lottery ends, the system will calculate the winners and send the corresponding winnings to the them. Winners will be chosen using an algorithm that takes in consideration the next block size after lottery ended to ensure there’s no way to previously predict the winner. We’re awaiting for smart contracts before moving the algorithm there.

— What are your expectations about the launch of the project? Is there any feedback from the community yet?

— We have huge expectations from the community, we tried to make it accessible to anyone creating four different bets. It is the first lottery on WAVES, a young, but super fast and super cheap blockchain. Being that fast and that cheap is one of the most important things for a blockchain, especially when it comes to games. The feedback from our friends and beta testers were all positive when we conducted our testnet and then mainnet test so we are positive the community will like it. Dimitri from myTrackNet even sponsored 50.000 mTNT Tokens as a SPECIAL BONUS to the PLATINUM lottery.

— What is your overall opinion about gambling on the blockchain?

— Online gambling saw strong growth in the last few years and when it comes to being transparent and fraud-free, there is nothing better than embracing blockchain to allow the player to be 100% aware of what is going on behind the scenes. We believe the upcoming Smart Contracts on WAVES will definitely boost gambling projects’ development. We think that games like WAVESLottery might help us lose the focus on the price (especially during bear market) and focus on the endless possibilities of this amazing platform.

You can find the team on the official WAVESLottery Telegram Channel.

There are 4 lotteries available:

You can check the lottery status on the homepage at any time. When the lottery is ACTIVE (active lotteries will be shown with a BLUE background) you can place your bet by sending the exact bet amount to the address 3PQ33PFjvpWyFftoBRjQEZ55b2SBEToYaoo (or to its alias ‘waveslottery’.)

When a lottery ends (completed lotteries will be shown with a RED background) the winners will be calculated within a minute and the payout will start shortly after.

The Jackpot is the sum of every bet placed by all the players of the same lottery (-3.00% WAVESLottery fee) There is a minimum of 1 winner and a maximum of 5 winners. Payouts will be sent automatically approximately 1 minute after the lottery ends based on the rules below.

Lottery with 1 to 5 Players:

Lottery with more than 20 Players:

WAVESLottery only accepts the exact bet amount for each lottery, all the exceeding balances or bets placed when the lottery is STOPPED will be lost and will not be added to the jackpot.

For Example: If you wish to bet 3 times on the GOLD Lottery, DO NOT send 1.50 $WAVES in a single transaction, split it in three 0.50 $WAVES transactions.

Seeing a perspective in initiatives like WAVESLottery, Waves Platform decided to donate and support WAVESLottery with a 300 $WAVES bounty that will be used as a Jackpot! Every day (for 30 days) there will be a 10 $WAVES BONUS on the PLATINUM Lottery. What are you waiting for? Try to win some $WAVES on WAVESLottery!

How does it work

Hello, you can start from activating the bot first @WAVESNotifyBOT or ask the team on the official WAVESLottery Telegram Channel https://t.me/WavesLottery.

To celebrate I joined all of the 4 lotteries for this first round ;-)

I'm suprised to see lottery in Waves platform. Firstly, I love Waves and I would like to see much more application of Waves in real life. However, lottery was not something that I expected :) The lottery system assures participants as there is a blockchain technology behind it. Have a faith in this platform. Congratulations for development.

Hello! Thank you for your trust and words of encouragement. We really appreciate it.

This is pretty interesting but even if it's just for fun I'm not going to bet my waves :)