JOHN MCAFEE's Christmas Gift to us all - Will everything he talks about turn into speculative GOLD?!

wallflowerpunch (41)in #cryptocurrency • 3 years ago

This week, a special Christmas treat is being delivered from tech guru John McAfee. The renowned businessman and entrepreneur announced on December 20th that he will be tweeting about a unique altcoin every day, and that those who wish to change the world can support his recommendations: 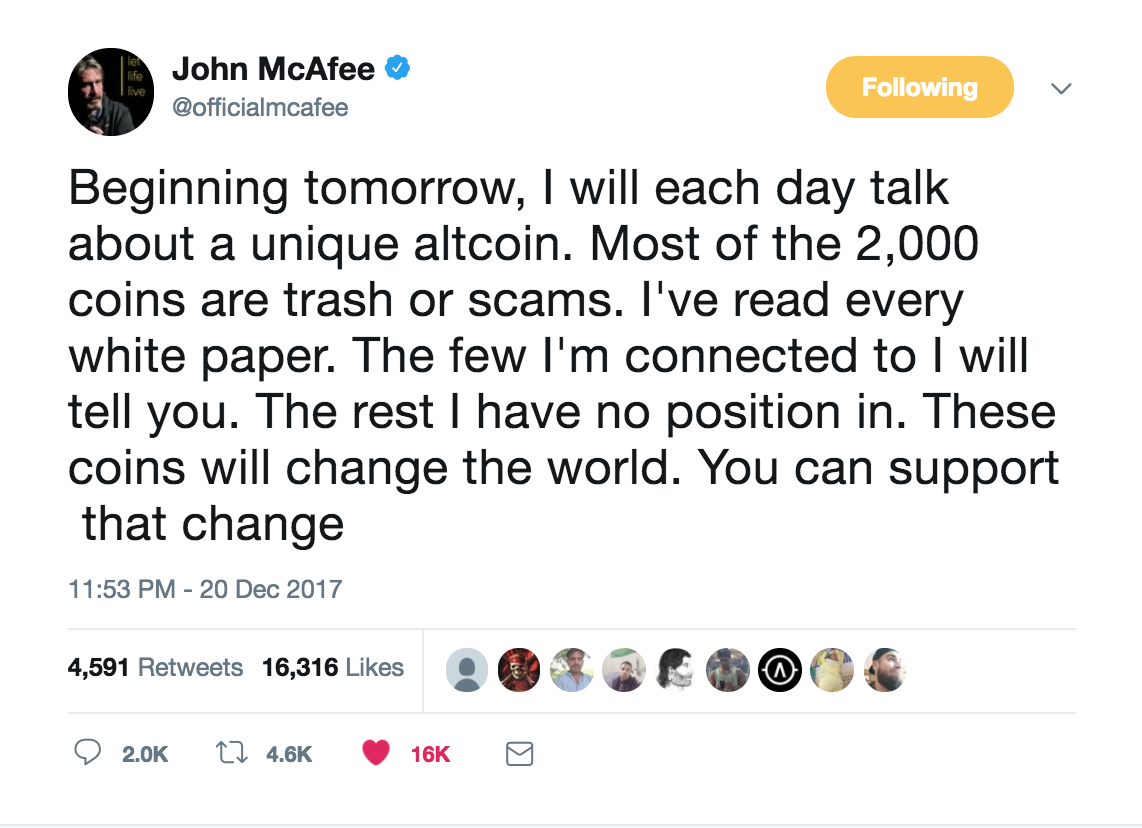 Before this week, McAfee has already had quite an influence on the crypto market, as was evident with the rise of Verge (XVG), which went from under $0.01 to over $0.16 in a matter of days - and it's not a "pump and dump" situation either. Despite it's remarkably high circulating supply, XVG is currently sitting at $0.20 and doesn't seem to be dropping. In reply to a DM on twitter, McAffee revealed that he expects to see XVG rise to approximately $15 within six months time. His reccomendation is having huge effects on the market.
Today is the third day of McAffee's Christmas tweeting, and the coins that he has already recommended have seen a remarkable rise in interest. Unfortunately, his first reccomendation, Electroneum is not yet listed on exchanges, however, he was immediately inundated with queries on twitter, showing his effect on the markets in advance. Yesterday, McAfee tweeted about BURST, and the price change was phenomenal:

As you can see in the above chart, it's value has never returned to what it was prior to McAfee's recommendation. We've already seen this effect with VERGE, so I'm guessing that the effects of this week's tweets are long-term.
Less than an hour ago, McAfee tweeted about DIGIBYTE, and it immediately doubled in value. At this moment, it has risen by 100% on Bittrex, and it's good news for the future of the coin: 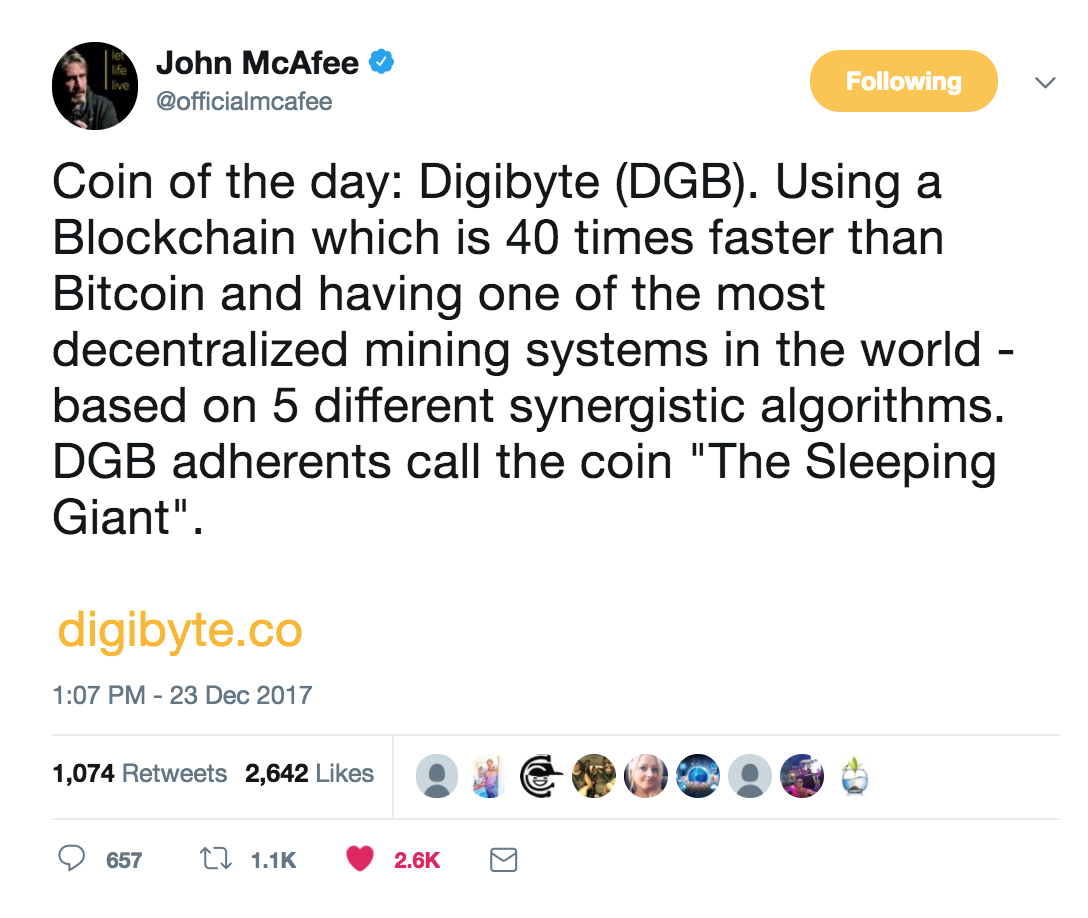 Although many people are benefiting from the initial pump that his tweets are causing, others trust his recommendation and are holding on long-term.
We know that McAfee is big on privacy and security, but also the faster and more efficient technologies. What will be his next move? What coin do you think he'll recommend next? Share your thoughts in the comments below!

Congratulations @wallflowerpunch! You have completed some achievement on Steemit and have been rewarded with new badge(s) :