Hello steemians, I'm @valueup who barely recovered the secret number of steemit from broken HDD in 5months. It's a bit late but Happy New Year~! :D 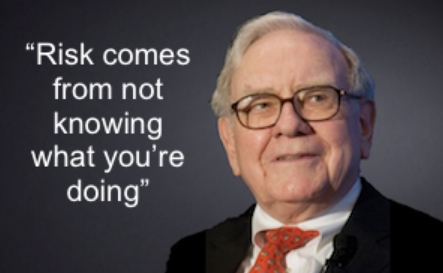 Which criteria are enough for me to suggest Warren Buffett, the Guru of investment, buying Cryptocurrencies?

Today, I would write on about the Valuation, Cryptocurrency, and Centra Coin(CTR).

The greatest difficulty for coin investment, after the decision to transfer some of my assets from the stock market to crypto world, was that which point was the reasonable target price of coins, and what was the logic.

Of course I could buy and sell coins based on the moving average, bollinger band, and empty-dreamful white papers. However, they were not enough for me to invest in. Because just with those technical analysis or line of words, just one single tweet of Mcafee or one photo with some CEOs or one big bloody candle was enough to make me smile and sad like non-sense comedy.

The key was the valuation. The point was about evaluating the income or reward from the coin with 'fiat money'. The more I probe coins, the more felt like they were kind of 'Self-replicating Ponzi Schemes'. Because many coins, whichever POW/POS/DPOS, were promising their rewards to investors with their own coins which could fluctuate just like the weather.

Many white papers look like world business plan competition, no legal responsibilities even scams, brought me the doubt that "does this business plan necessarily for blockchain? or "are they possible technically? or "just must I believe them because of their brilliant-wonderful careers of developers?" At least to confidently suggest Buffett buying coins, in terms of value investment not speculation, it is necessary to understand and represent the possibility of the project, to estimate the future income/reward, and to compare the present value of the future income with the invested capital.

Unfortunately, I am not sure for most coins to have technical value or not in some days. Their rewards are planned to pay out with their own currency not related with exchange rate to fiat money, so it is impossible to measure their value reasonably. Do I have to agree with Buffett's Opinion that "the cryptocurrencies are in a bubble with no productivity of value"? So confused.

But, at last, I found the one that make possible to show and explain the business model vividly, make possible to estimate the future income/reward with some fiat money. That was the 'Centra Tech Coin' which installed the unique system to create the definite value of connecting the crypto world with real world. 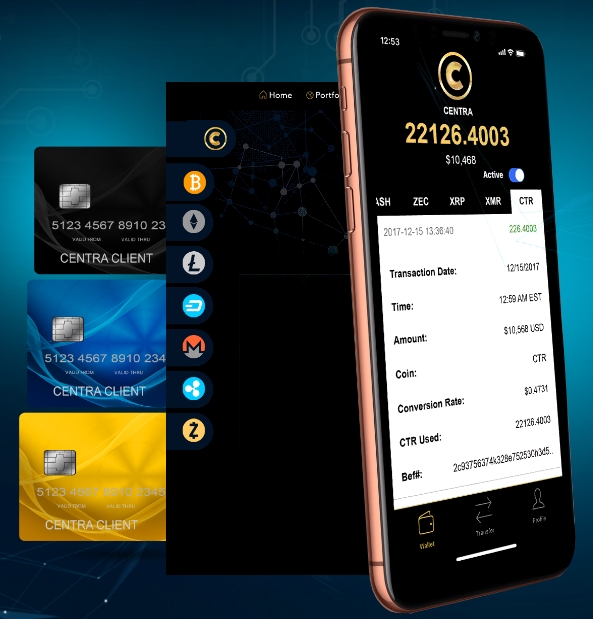 B) The possibility of competition and dissonance with network card giants & big financial companies.

A) The smooth release of ecosystem-reinforced products, and the safe arrival on the market.

It is time to focus on the additional products, following the roadmap, for own chain based on DPOS, CBAY Market as well as promoting new customers of CTR card.(planned on 1Q+2Q in 2018)

B) New alliances with some hidden competitors and cooperators, to change the risk factors into the opportunity factors

CTR, with the first-mover advantage and Sustainable network reward level, has 50% up-potential relative to the present price!

the market share of Centra to crypto-card market=assume as 50%(= The Monaco which in a trouble with breakdown with network company VISA, postponed to deliver membership card. The Tenx must skip the North America because of legal issues. So the Centra would lead the whole market and get the most members.)

(GDP per capita= the early market would be with North America and northern Europe. So use 2016 U.S.A GDP per capita $57,466)
(The ratio of debit card usage over GDP=use 2014 debit card ratio 13%, Asia markets are developed with credit card not with debit card. The credit card usage of Korea is 70%, Japan is 90%)
(The ratio of crypto payment over the debit card = replaced the investment percentage into crypto market over all the kind of assets market. Generally the crypto ratio is under 5% over the world asset. But the direct investors interesting in crypto market might have 20%:80%(crypto vs the other assets) structure. So I assumed the 17.5%)
( $57,466 * 13% *17.5%= $1,307/year, I estimated that $108.9/month would be used for the membership of Centra card.

*I assumed, until 2020, the membership of Centra would increase within the growth rate of 30%~50% with the help of the effect of growth of crypto market and fist-mover advantage. After 2021, the growth rate would be decrease. Also the annual payment based on cryptocurrency per 1 Centra member would go up to 30% until 2020 due to the generalization of crypto payment, and then pull slightly down.

Nevertheless, I would speak the valuation result digits into the words of business,

"Among the around 10 million people as cryptocurrency investors, the number of issuers of crypto-cards in 2018 are estimated to 300 thousands, 3% of world investors, as a result of the low growth rate of Asia with the high burden from price gap to other regions. The Centra based on legal sustainability in U.S.A would be expected to carve out over the 50% of market share, 150 thousands memberships with the highly developed product and the alliances of the main digital cryptocurrencies, card network companies.

Annual payment based on cryptocurrency per 1 Centra member would be $1,307 calculated from that the $57,486 average GDP per capita times the 13% ratio of debit card usage over GDP times the 17.5% ratio of crypto payment over the debit card. In other words, estimated that $108.9/month would be used for a membership of Centra card in 2018.

From now on for 3 years, expected to increase over 30% growth rate of membership number and 20% growth rate of the annual payment per 1 Centra membership, with the help of the generalization of crypto payment and the increase of profitable alliances. But after the time, the growth rate would be decreased due to the increased competition with various card companies. And the Centra would be stabilized with 420 thousands memberships with each $202.9/month payment usage through the Centra Card, 3 times of current members"

Wow.. It was not easy to combine the cryptocurrency and valuation with some information plus reasonable estimation. However, only with this kind of process, I could be waiting the soaring time with a confidence monitoring key factor (Actually to endure the sad technical correction... lol) This process might be insufficient, but I put my soul and blood into..

Thank you for reading my lengthy analysis. Any opinions are welcome to make my logic upgrade or adjust with you.

p.s. I want to say to Warren Buffett that following the logic and intrinsic reward value, the Centra on the upcoming crypto world could be the American Express + amazon that you Buffeett loved and regretted. So what about buying Centra(CTR)?

Submit
$3.34
9 votes
4
Authors get paid when people like you upvote their post.If you enjoyed what you read here, create your account today and start earning FREE STEEM!
Sort Order:
[-]
seunglimdaddy (73)  ·  2 years ago

Trying to fully understand CTR, I have read the contents for over 10 minutes.but it is still up in the air. So confusing and complicated. I agree that cryptocurrency would bring a huge amount of changes in many parts of our daily lives. At the same time, seeing current movements by ROK goverment, I am also worried about how they will take an action on cryptocurrency. Let me capture your contents in my evernote to deeply understand CTR. Thanks

Thank you for reading the long report with ugly English words..

In brief, CTR links the crypto-market with the real-market without any transferring fees, with world giants' alliances, based on the legal root in the USA market where are the main target of crypt- payment market.

The movements by ROK or any other governments are not enough to turn the waves of new area, I think. The more crypto goes up, the more people need the transferring system. CTR is the first-mover at this time technically and regally on the crypto-payment market linking the real market. Thanks again.. :D