An objective look at NovaBlitz - A Blockchain Trading Card Game

Nova Blitz is a Blockchain Trading Card game that I recently started following.

Before I can get started with Nova Blitz, I need to go back to where it all begun. I need to talk about cats, I am not talking about the kind of cats that made the internet a better place: 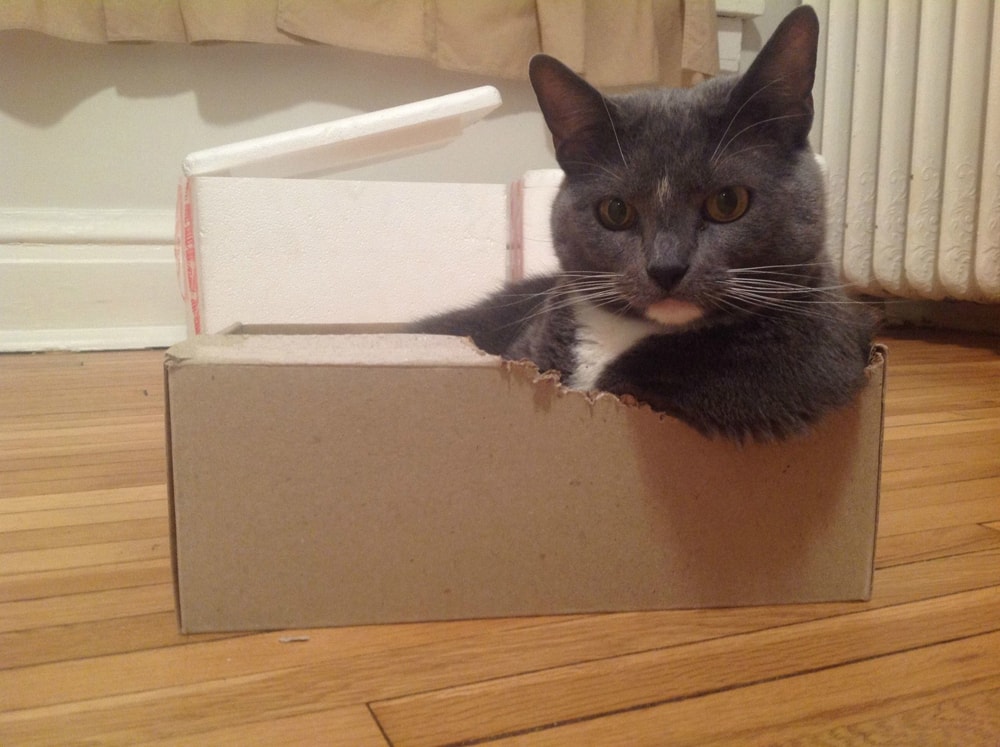 Im talking about these cats, the cats that clogged Etherium: That is duke, Duke was a generation 6 Crypto Kitty that I bred and sold for more than I paid for both his parents.

If you have been a part of the Crypto community you would have most likely been involved with Crypto Kitties. I personally owned 4 Generation 0 cats in the past and although I only started on 23 December 2017. I feel lucky that I managed to break even with my initial expenditure. I got over excited by the Hype of Crypto Kitties and spent a few Etherium on cats.

After a week of playing, I had to sit down and ask: What are the use of these cats? You cannot really use them. That is when I had the thought. If a blockchain based trading card game comes out. That will be where my attention is. And after some research, I found one. This is where my journey with Nova Blitz begun...

A Brief Summery of the Nova Blitz game
Nova Blitz is a same turn Trading Card game where two players build a deck of cards and face off against each other. In the beginning players start with 40 life points and the aim of the game is to reduce your opponent's life points to zero. This is similar to the way Heathstone or Magic the Gathering works with some core differences.

One major difference between Nova Blitz and its predecessors is that Nova blitz is a same turn game where both players need to make their moves at the same time. Nova Blitz is also extremely fast paced ("Blitz").

With regards to strategy and game play the game is very well made. There are still some bugs that I have run into but many of these bugs has been fixed and dealt with by developers. 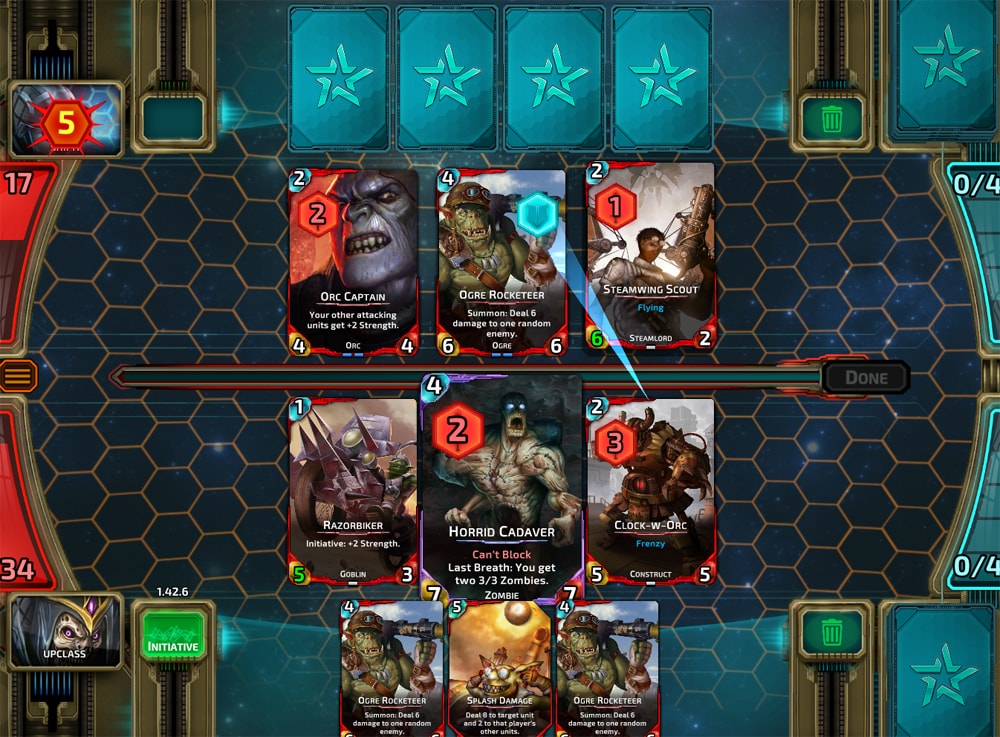 Gameplay - From the Last Match I played

Nova Blitz is in process of implementing the Nova token. This token will be used as an in game currency that users can use to trade Nova Blitz Cards.

One important thing to note is all new Nova Blitz cards are staked. By holding Nova Blitz you will receive your share of any new cards released.

Below is an example of this stake:

These cards exists as ERC721 cards on the block chain. Therefore they belong to the owner of the Etherium wallet which contains the cards.

The CEO of Dragon Foundry (Creators of Nova Blitz) is Paul Barklay. Paul Barklay has worked on Magic The gathering (The world's first Trading Card game) for 12 years. He also knows the Creator of Magic The Gathering personally (Richard Garfield) who is an advisor to Nova Blitz.

Some Advantages of Nova Blitz
From a Gamer's point of view. Since Nova Blitz cards are staked, You could invest once and always get the latest cards as they come out, never needing to pay to play again. This solves a large problem with trading card games where you need to constantly spend money to keep up with the game.

From an Investor's point of view. You could trade the cards you stake for profits. Unlike most other Crypto coins where the coin itself is the asset. Nova Blitz's cards are a different asset which could also be traded for profit.

There are far more information found in the whitepaper linked at the bottom of my post.

We are already late into the Bounty Program, But some users have earned enough Nova Tokens in Bounty to potentially stake a play set of legendaries as they come out.

Some current issues I experienced with Nova Blitz

Nova Blitz does not have a large player base at the moment. This often results in playing the same user or the AI regularly. This does have some advantages as the AI is easier than other human players.

The Nova Blitz game works well and they already have a working product. Unfortunately the Block chain implementation is still in progress. This means that we do not know exactly how the system will work until complete.

What the future of Nova Blitz as well as the Nova Token Holds I do not know. I have personally invested some of my trading profits because I enjoy the game and would like to see what it does when given a chance.

If you are interested in getting involved in the Nova Blitz project, You can do at the following links:

This post has been resteemed as part of the #newbieresteemday launched by myself and @davemccoy. If at any point you have any questions or need a hand then don't hesitate to give us a shout.

Thank you MudCat, You did not need to resteem. But I am greatful... My posts has some movement and it seems I can slowly start saving up steem.

A quick question, do I receive steem rewards after around 7 days. I just have not seen any growth in my wallet and was wondering if this is a timely process... Im not in a rush, just curious.

Righto, so basically the post has 7 days to be voted on, at the end of that period the post pays out. Half of the reward will be given to you in Steem power, the other half in SBD. Now if you wanted to change this or perhaps alter the pay out allocation when you post then you would click the pay out distribution setting you see at the bottom right hand corner of a post when your creating it. For instance you can click 50/50 or full payout in steem power, or no payout at all by clicking cancel pay out. Once that is done though and you've submitted the post, you can't go back and edit it sadly. Hope this helps and if you have any questions then give me a shout.

I believe I understand now, Thank you, I see on my posts the days till payout area. I set my new posts to Full Payout in Steem Power. For Now. I have no intention of cashing anything out soon so would rather push up my Steem Power. for the forseeable future...

It's a good approach and the one I used for many months when I started out. Please keep me in the loop as you go along and if at any point you feel like you're struggling with post exposure or just need a hand then shout. I can ask others who help me with supporting the community to assist and if your content is clearly a work of sincerity and effort, no matter the topic, we will get it as far out as our lines can cast. Best of luck matey and Steem on.

Will surely keep this in mind. On other networks my posts are well received, I have been at posting for a while. But this is a different game. Enjoy your day and I will keep the above in mind.

Hey MudCat36, If the offer still stands, I just posted a new post, If I could This one was more the kind of content I will be posting than my post on NovaBlitz. Enjoy your day. I got a very high vote on my intro post. Which seemed good. Will get some steem out of it. But expanding my network will be a timely process it seems. Will catch up later on.