The END of Bitcoin has a name: DASH 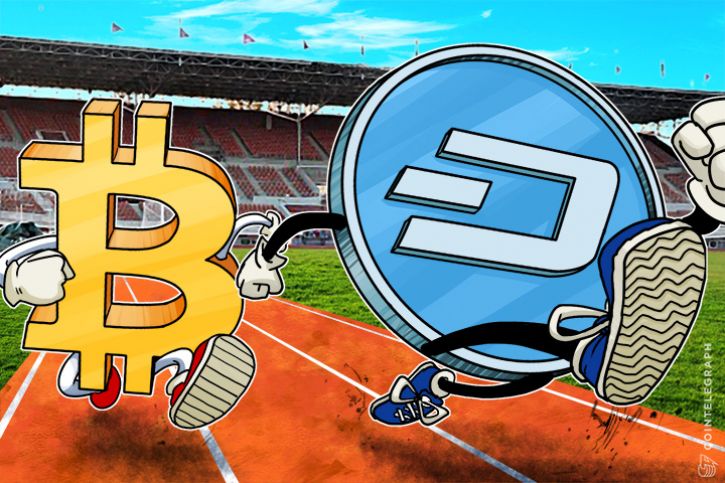 The pioneer, the greatest cryptocurrency of all time, the mysterious Satoshi Nakamoto's invention, 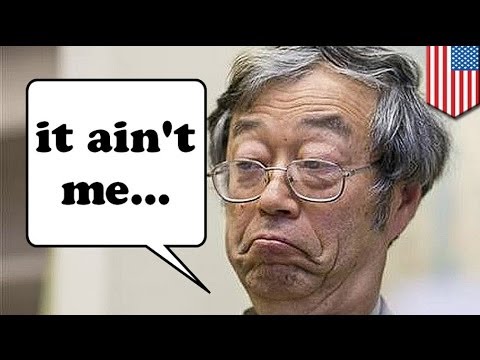 the coin that changed the game and launched the blockchain technology in the world,

the great Bitcoin is going to die.

It won't be soon, it still has the power of being the most known and adopted in the world. In countries like Japan is even recognized as a legal way of payment.
The problem is that the Bitcoin blockchain has a lot of issues. The most of them were not predicted when the currency did his first steps and was used between only a bunch of nerds and early crypto adopters.

Now that the BTC is facing real transactions and real payments these issues are coming out and scaring the developers who really understand the limits there will be.

Let's make it simple, if I go to the supermarket, let's assume they accept BTC there, I do my shopping and arrived at the cash I have to pay 50$. Paying in Bitcoin today will mean to spend 5$ more only in transaction fees and maybe wait between 10 and 30 minutes to have my payment validated. At this point, I take my hated credit card and I pay with it...

But wait! Segwit will save us! Bitcoin will have a 2 MB block size instead of 1, we'll be fine and everything will work.

If we only compare the transactions per day on a VISA circuit, (VISA handles on average around 2,000 transactions per second, with picks of 4000 tps and can handle until 56000 tps), with the ones happening today on the BTC blockchain, (Bitcoin network is restricted to a sustained rate of 7 tps, with the current 1MB block size), we understand that just doubling the size will never be enough.

More than that, Bitcoin pretends to be the universal coin, the one used worldwide. This means that it should be able to handle much more transactions than a single credit card company.

It's not the case and it is far to be.

That's way it cannot be THE ONE.

Earlier today Evan Duffield, Dash founder, and Andy Freer, Dash Core CTO, published the OFFICIAL DASH ROADMAP for the next years.
I don't know if you already had the experience to use this crypto for some payments, I did, and already today (even considering the current less amount of tps) there is just no comparison with BTC. But the best is yet to come!

If interested I really invite you to have a look at the link below, enjoy the reading.

Please keep in mind, if Dash market cap reaches that of Bitcoin, Dash needs to rise by a factor of around 30.
In other words the price of Dash would rise to a price of around 5000 to 6000 USD!
The market cap would then still be lower than PayPal.

if Dash does have a market cap of 40B usd, Bitcoin's market cap would be worth 4 times as much.
Meaning Bitcoin would be worth 10K usd and it would be harder to transact with it. I think that is where DASH and LITECOIN would excel in. By being the silver to Bitcoin's gold. The coin that we actually use to buys goods instead of the coin to store wealth. Dash does seem to have an advantage now with the developments they just release

I found a video of Dash used to pay for a Mc Donald meal in Singapore. Hope it spreads

That's cool, but which kind of credit card connection is it using?

I think its building it own payment network. That is why I'm excited when this comes out. This would be what wechat and Ali pay is in China. The mobile payment system used by everyone here. Missed the TENX ICO. I'll get the card when it comes out and try to get the TENX coin when it comes out in the exchanges

Sure, but I mentioned Paypal regarding the user-friendly functionalities that Dash evolution will bring in the game.
Regarding the market cap it's still too early for Dash and his coin supply to think about those numbers, the road map will arrive at 2020, then will see how it will be ;-)

I like the idea of the cryptos that does not rely on blockchains, like IOTA, Playball etc. I think they are a step forward.

I do not agree, I see in the blockchain technology the future of the next applications in general. But I respect your point of view ;-)

But you do not need a blockchain, you just need to solve the "double spending" problem.

Do you really think? Dash is hyped because they pay people to promote it, but they have no infrastructure at all. I never read articles about Dash adoption, like this week about Russian burger king that will accept Bitcoin e.g. Dash is all speculation and false hype and when LN comes to Bitcoin Dash will be game over. And this will be soon.

Dash, no infrastructure? Your hallucination is noted. The hype around Dash is about what it can do, especially when contrasted with what Bitcoin CANNOT do. Paying people to promote your product is smart, that's why Dash is commercializing far better than Bitcoin. People realize that Dash is far more capable once they use it, then wonder why they ever bothered with Bitcoin in the first place.

Thank you for answering writing what I was thinking.

To mention the Burger king again and make a paralel. You really think that when you can make a better burger than Burger king, Burger king will be bankrupt next year? Making a better burger is very easy, almost every BBQ I have been, the burgers were better. However, to beat the brand and the infrastructure will be way harder if not impossible. So for all 'better than bitcoin coin' investors: dream on!

I'm only bullish on projects that are doing something special what Bitcoin isn't doing. Steemit build a real website and community. A social media platform that want to overtake it, even if it is on the Bitcoin blockchain, will have a hard job to overtake Steemit's network effect.

Im thiking Bitcoin will the index/benchmark and Dash will be actually the currency ...ETH also will go far imo

yeah, i like Bitcoin as the DowJones of the crypto world, and something else like DASH as actual cash crypto.

Congratulations! This post has been upvoted from the communal account, @minnowsupport, by tizswa from the Minnow Support Project. It's a witness project run by aggroed, ausbitbank, teamsteem, theprophet0, and someguy123. The goal is to help Steemit grow by supporting Minnows and creating a social network. Please find us in the Peace, Abundance, and Liberty Network (PALnet) Discord Channel. It's a completely public and open space to all members of the Steemit community who voluntarily choose to be there.

You wrote a good article with some valid points, however, I think Bitcoin will be the top cryptocurrency for a long time to come. Bitcoin is used to purchase and sell all other cryptocurrency. As far as I know, every transaction is converted to or from Bitcoin as far as I know.

That's true, today it's like this. But it will be like this until people won't try a better solution. Once you try something better you won't come back.

Yeah exchanges need to get away from that, the entire market ends up being affected by useless Bitcoin drama because it's so poorly managed. The BTC ratios all stay the same, but Bitcoin drops in price, so EVERYTHING drops in price. It's foolish, but it's the only way people in large groups can act.

I went to a DASH meetup...I got a paper wallet that had .1 DASH on it as complimentary...well, when I checked later, it was empty.

Anyways, DASH has some awesome opportunities, and I see it coinciding with Bitcoin...but it ultimately depends on DASH's focus and goals.

That someone stole your Dash is unrelated to Dash.

Better to don't talk about disappearing bitcoin's treasures then! Ahah
I'm agree and I think that what they are doing with the DAO and the Masternodes, create an organized structure able to mantain those focuses and goals.

I think I need to get involved with Dash, but I don't think bitcoin is going to die. Just don't. There's room for both!

Bitcoin won't die, exactly, but it will lose to Dash.

Well, as I wrote it won't be soon, but if they don't start to change a lot from today, then it will be too late.

That's really cool, and more will come. Here in Germany, there aren't any yet, but a lot of them are in the countries around, especially in Switzerland and in the Cech Republic.
I upvoted your post ;-)

These are some valid points and I see how bitcoin could come to an end. Of course it will take a very long time for that to happen. For now, I'm going to look into this "Dash" crypto :)

Sure, as I wrote it won't be soon, but it will be. Happy to see that I left you some curiosity regarding Dash, have a look and let me know :-)

You're THE KINDA MAN WHO WOULD LOVE TO KNOW WHO the freedom WHALE IS, right?:)

I exposed him, feel free to check !

Really, another bitcoin will die prediction.

Compare the 2 products today and it's obvious. Bitcoin can barely do anything on-chain and it's slow af; Dash can confirm transactions in ~1 second.

Happy to see there are people understanding what I mean. The point is that Dash is already much better today as you wrote, but they are actually much better organized and working to be even better tomorrow. Bitcoin is fixing issues. Dash is developing the future of his technology.

Read this blog ! it is new and easy to Mine and New Algo .. so start mining : )
Let's start mining Denarius !! New Algo Tribus
https://steemit.com/gpu/@sayyedraza/let-s-start-mining-denarius-new-algo-tribus

I write something a bit realated, maybe not the exact related, but please take a look on my article about governments and blockchain in clash this is my first serious article on steemit I`ve put in it a lot of work:
https://steemit.com/bitcoin/@bolgan/blockchain-vs-governments-my-prediction

Try it out a bit and see, fees are almost at zero and the transactions are instant.