simoxenham (61)in #cryptocurrency • 4 years ago (edited) 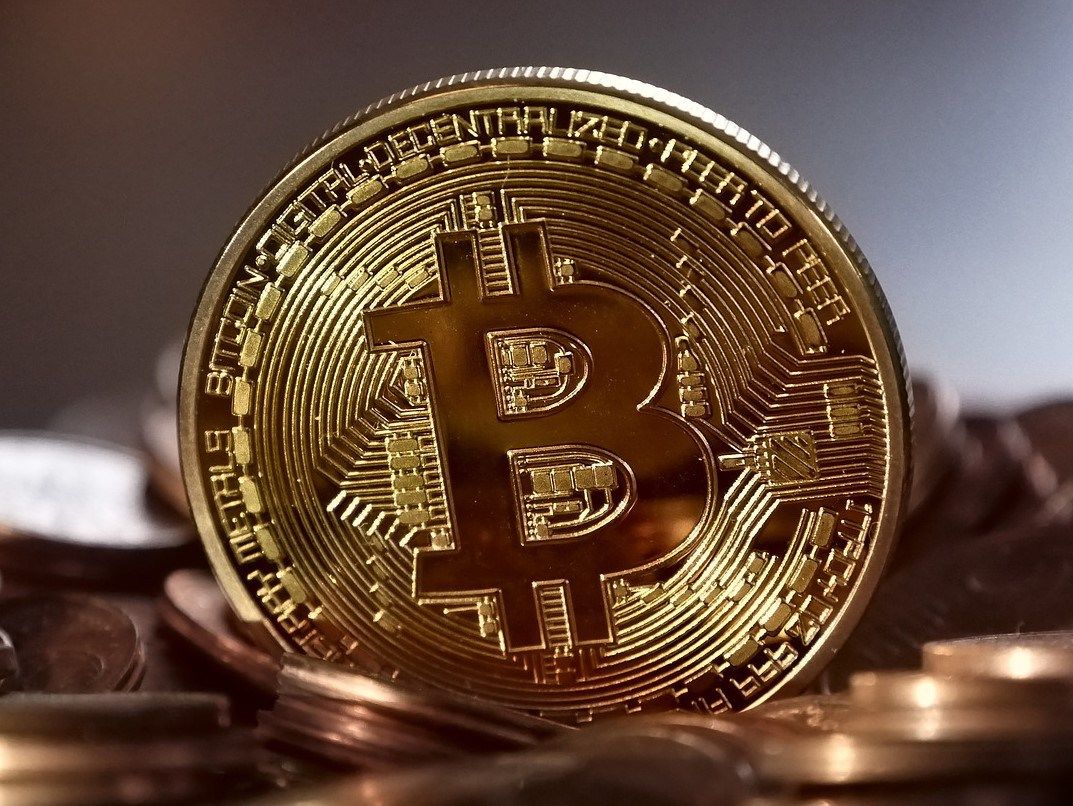 This is my first post on Steemit, a blockchain-based platform where contributions are paid in cryptocurrency based on the votes they receive. I’m a science journalist and this is a story that I didn’t manage to get published but I feel it needs telling and thought it would work well on this medium. I’ll be converting the Steem earned from this post into bitcoin and donating it to MAPS, the organisation described in the story.

Post-traumatic stress disorder (PTSD) is notoriously hard to treat, but a series of clinical trials stands to change that by using MDMA (ecstasy) combined with therapy. In a recent Phase 2 clinical trial, 61% of participants no longer qualified for PTSD after three sessions of MDMA-assisted psychotherapy two months following treatment. That’s no small finding because all of the participants in this trial had chronic, treatment-resistant PTSD, and all had suffered from PTSD for an average of 17.8 years.

Unlike virtually any and every other large-scale clinical trial for a pharmaceutical, this work is being done without financial backing from governments or pharmaceutical companies. MAPS, the Multidisciplinary Association for Psychedelic Studies, the charity funding the work needs a total of $26 million to complete its US FDA Phase 3 clinical trials, but amazingly they are already on track to make this happen from donations alone having already raised over $17 million.

Although they receive plenty of donations from other sources, after adopting bitcoin donations long before other charities they've benefited greatly from the technology and the recent boom in cryptocurrency value. If their next trials are successful they anticipate FDA approval by 2021.

Recently they received two large bitcoin donations, one of 59.89BTC on December 14th then valued at $1 million followed by a 51.54BTC donation on December the 18th from another anonymous donor. Incidentally, between these dates bitcoin was at its all-time high tipping $20,000. You can watch MAPS’ bitcoin donations arrive in real time by looking up their wallet on the blockchain here.

The anonymous donor going by the nickname "Pine" who gave MAPS the 59.89BTC ($1 million) donation in December has announced that they will match the next $4 million in donations to MAPS dollar for dollar with bitcoin, but only until March 10th 2018, now only a few days away. If this happens MAPS will have reached its funding goal for the trial.

Of course, there is something of an irony that bitcoin which years ago led to a revolution in the availability of clean MDMA for recreational users through the Silk Road now seems to be circling back to help bring about its medicinal use.

So if you have become recently bitcoin rich, consider donating some of what you have earned to MAPS and you could help a veteran or sexual assault survivor who hasn’t ever seen effective treatment for a devastating condition finally be treated.

Don’t have any bitcoin? You can donate to MAPS with cash here and your donations will still be doubled in the form of bitcoin from Pine’s “Pineapple Fund” if you donate within the next few days. Don't have any money? This is where things get really interesting. Sign-up to Steemit, upvote this post and I’ll convert the cryptocurrency I earn as a result of your vote into bitcoin and donate it to MAPS on your behalf!

If you want to learn more about how an upvote on this website can seemingly magically create cryptocurrency I’ll be writing up an investigation into how Steemit works and how the technology it is built on might just help revolutionise science, coming soon. In the meantime I direct you to the Steemit wiki page. To read more about MAPS’ research check out the links below.

As a combat vet who survived the VAs attempted murder by pills, I endorse, upvote fully, and resteem this message! Thanks for supporting MAPS! Thanks to MAPS for inviting me to speak at their fundraiser in San Francisco last year where I met my amazing girlfriend! Thanks to the amazing Stacey Cook, who pointed out this story out to me! I love you, baby!

Great inaugural post, @simoxenham, and welcome to Steem. Cool to see that you caught @adamkokesh's attention.

Awesome. I've been really interested in how networks like Steem could be used to incentive science. Happy to provide quotes or answer questions for your piece, if you'd like. It'd be great to see more scientific communication happening on Steem. Not only would posts be more permanent and extensible than on Twitter or Medium, but scientists could get rewarded for communicating in the open.

Currently, the network effect is lacking... there isn't much science discussion going on here. Hopefully your article will spur more science content. For those who don't know, @simonoxenham's article titled Meet the Robin Hood of Science caused a huge spike in Google search interest for Sci-Hub (see Ⓔ below, figure from our recent study):

Sign-up to Steemit, upvote this post and I’ll convert the cryptocurrency I earn as a result of your vote into bitcoin

Note that the rewards from an upvote are proportional to how much Steem Power the user has. So upvotes from new users who haven't invested in or earned Power have a trivial effect on post rewards.

I'm not sure you'll be able to meet this deadline with the revenue generated from this post. You won't get the SBD (Steem Blockchain Dollars) for another 6 days. And once you get the Steem Power, that takes 13 weeks to fully convert to the liquid currency Steem. An alternative, if you're interested in continuing to use Steem, would be to donate an equivalent amount of your own money and keep the proceeds from this post, thereby essentially making an investment in your Steem account.

One final clarification, the blockchain and protocol is Steem. https://steemit.com is one of many explorers or frontends that you can use to interact with the blockchain. steemit.com is run by Steemit, Inc, the private company that founded Steem and still holds a lot of power.

Thanks Daniel, I'll certainly be grateful for your advice and it would be great to talk more with you about Steemit's potential, I'll be in touch!

I'm definitely keen to continue using Steem and take full advantage of the Pineapple Fund's offer so that sounds like a sensible solution.

This is a post for a cause...and the fact it is the first post of @simonxenham, welcome sir, I know you are a big asset of steemit, keep on posting sir. God bless!

I am so excited about bitcoin and cryptocurrency technology, I am also a big advocate for the use of psychedelic drugs for PTSD and related mental health issues. I have been following MAPS for a while now and am very please with the progress they are making in this field... Great article thanks for it.. I too am new to steemit and very excited... keep posting great articles like this my friend!

This initiative is right, if it is possible to work in accordance with it then it is expected to develop the country and the nation. Thank you for presenting them. I agree with you too.

I am a long time supporter of this mission and just re-steemed your post to 2400+ followers!

Thank You for Being You and Doing what You Do!

Consider delegating to us and recieve 100% of the earnings! (We're happy just recieving curation)

Saw the MAPS post on FB, upvoted and followed you.

I saw a post from Maps referencing this article. I had no idea it was on Steemit. This is a great idea! I hope it yields fruit.

It's so exciting that blockchain technology could help bring this treatment into the mainstream. Thinking of the lives that MDMA and MAPS could help save fills me with so much joy. I look forward to hearing updates from you on the status of this fundraising campaign.

This is great to see, I'm glad the donations are helping. We need to stop the failed war on drugs and research properly all possible benefits.

I know form my own mental health battle that psychedelics can be extremely helpful, and you can really process tramas, even if just by meditating or vent ting about things you would never normally be able to talk about, or even just to have a nigh off from crippling deppreshion and anxiety.

Been following the progress of MAPS for a while now and glad to see it has now intersected into my crypto interest world. MDMA (illegally) helped me through much teenage trauma and probably much of the UK's rave cultures use of MDMA saved a lot of young ravers from the depression that was left by Mrs Thatcher.

As with all pharmaceuticals, dose is key for safely treating any specific condition. Low dose or otherwise controlled therapies with certain controversial substances have scientific merit.

Congratulations @simoxenham! You have completed some achievement on Steemit and have been rewarded with new badge(s) :

This is really great, I have read about supervised MDMA therapy sessions as a means of treating PTSD as well as anxiety and I believe that it has a lot to offer that normal psychiatric drugs can not give. And the fact that people could do just a few spread out sessions where they get to actually process the trauma in a safe environment instead of taking a psychiatric drug daily to numb the symptoms would be such a great step forward in medicine in my opinion. I really hope MDMA therapy will get FDA approval, and I believe it will sooner or later! I look forward to hearing the news from the 3rd trial.