serapium (46)in #cryptocurrency • 4 years ago (edited) 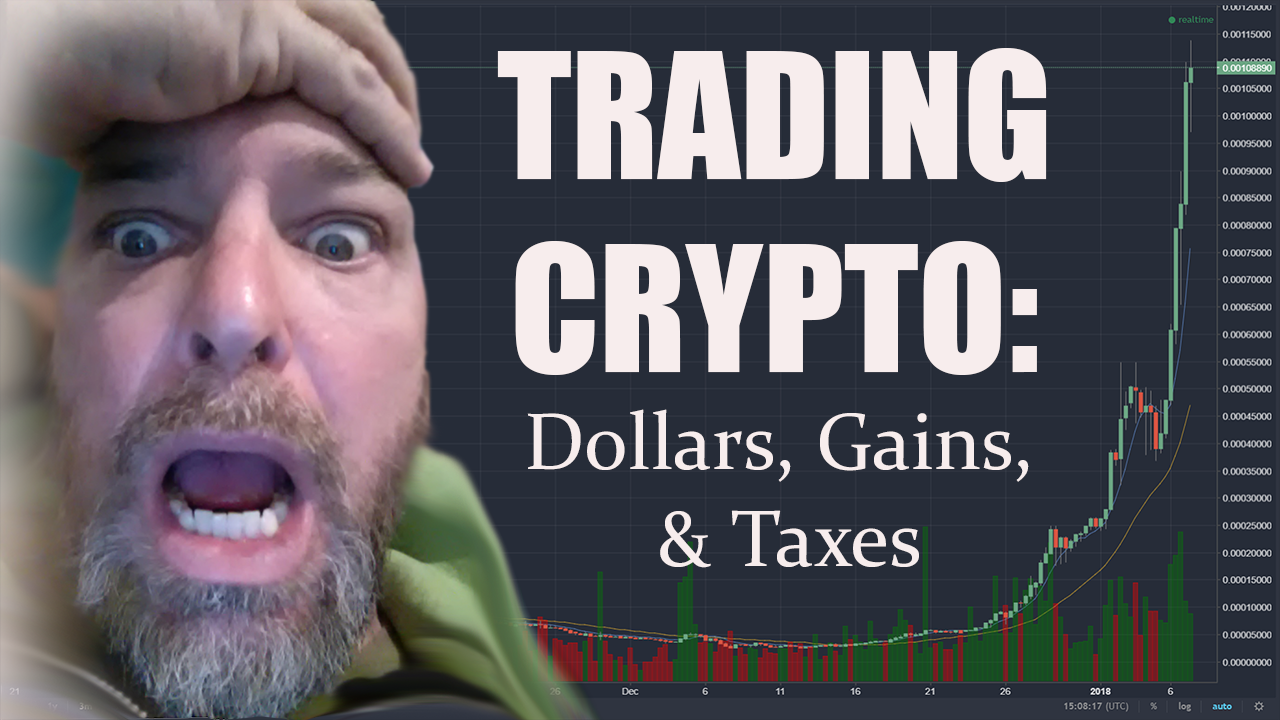 Good morning, everyone! I honestly hope that anyone reading this has had as good of a few weeks in the cryptosphere as I have. Today I'd like to look at some real world numbers, and then open a discussion on what we crypto investors need to be considering going forward.

When I first got involved with trading cryptocurrencies, I was not what you'd call a 'sophisticated investor'. For that matter, I'm still not. While it's true that I've always been that guy looking for the next thing in tech, and have almost always been an early adopter in the space, online trading was something that I'd only experimented with. I'd spent some time using Scottrade and E-trade over the years, moving in and out of various equity positions, but my gains weren't ever anything to write home about. The best I ever did was about a twenty percent annual gain. I was able to beat the market, but not by much.

Enter cryptocurrencies and the absolute ridiculousness that is currently possible.

My first real entrance into the market was with $150 at the end of August, 2017. I'd been studying the space for about three weeks, investing upwards of 80 hours a week in understanding the marketplace and the underlying psychology of the investors. I'd then paper traded with imaginary money for about two weeks before injecting any real capital into the space. My first $150 doubled by the middle of September, so I injected another $500 into cryptocurrencies.

At the end of September I discovered, much to my surprise, that I was trading a total amount in excess of $1,200. I decided that I'd successfully proven to myself that real gains were possible. So in mid October I injected some of the last of our savings into the cryptosphere, and bought an additional $5,000 worth of Bitcoin to use as a trading seed. That is a decision that I'm happy to say has been a good one.

I am now holding somewhere in excess of 45 separate cryptocurrencies, spread across seven different exchanges, five separate software wallets, six different ICO's that have yet to launch, and one small speculative bit that I threw at a lending platform. I'm in several staking pools, two masternode pools, and am actively earning additional income by helping out some crypto projects with technical writing, community building, and strategic development.

As of 6:00 PM yesterday, the total value of my holdings was... well, it's just a silly number to contemplate. It just doesn't seem real to me. I haven't put any more dollars into the market. The actual number is difficult to arrive at, being unable to assign a true value to the ICO's I'm in. I calculate my position based on the input to those ICO's, but I expect all of them to come in much higher than that value once they launch and mature some.

The absolutely ridiculous thing is that I have more misses than I have hits. I've sold out of a few things along the way that, if I'd just held them another week or so, would have taken my total holdings much, much higher.

The number of trades I have like that is alarming. There are easily a dozen times that I sold out of a position too early and missed out on additional gains. Yes, I'm doing quite well even so... but I find myself becoming more and more hesitant every time that I push the 'sell' button, wondering if I'm cheating myself out of additional gains to be had.

Stepping back yesterday and taking a bird's eye view of my holdings made me realize that I've made some seriously significant money in the last three months. The problem? I can't really cash any of it out yet! Once I take the step of liquidating some of my positions and selling the resultant BTC for USD to be transferred to my bank, the short term capital gains tax of 40% will kick in. It's a frustrating position to be in.

I'd like to hear some stories from others who are participating in the cryptosphere. What have your gains been like, and what are your plans in terms of an exit strategy? What are you doing to gauge your exit point from individual cryptos that you've bought and sold? What do you use as an indicator of when the right time to sell is?

Let's start a discussion and see if collectively we can help each other increase the rate of growth that we're seeing.

Thanks! As I said, I've definitely made some mistakes. Where I could be today if I could only see an hour into the future..... wow. That's all it would take in the cryptosphere.

i am new to the whole crypto currency but have read up a bit on it. i have invest 20 dollars in 3 different currencys myself...i am definatly no investor nor do i have the biggest paychecks i get paid 10.50 an hour i suppose thats one reason im trying to invest in crypto currency. another reason id say is so that way maybe i can for once be ahead of the game when shit hits the fan with usd. i am also trying to beter my girlfreind and i's future as well as any chilfren that come along

You are in the right place, my friend. Over the next year the cryptocurrency sphere is going to literally explode in growth. My advice? Take every last penny you can scrape together and put it into this space. Get a second job, if you can. People like us who are on the early adoption end of the explosion are the ones who will be positioned to reap the largest gains in 2018.