The COSS cryptocurrency token and the passive income it will earn!

reverse-remo (25)in #cryptocurrency • 4 years ago (edited)

Hey Steemians! Since this is my first post on Steemit I wanted to delve into my favourite high risk, high reward token (Yes I am Canadian for those wondering about my spelling!). 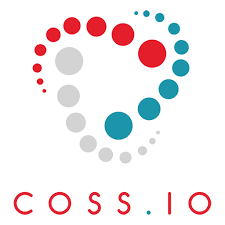 COSS, short for Cryptocurrency One Stop Solution, is at the moment primarily an exchange token. The project itself has plans to eventually implement an all in one solution for all cryptonians, both new and old, to have one central place to manage all their daily cryptocurency related activities. The exchange is already functioning, however it is currently in beta testing.

At the moment the total volume seen on the exchange is approximately 200,000 $USD per day. Why is this volume important? This is because COSS splits the fees they earn through all trades carried out on their exchange with their token holders. Every week a smart contract (COSS likes to call this a Decentralized Autonomous Organization or DAO) calculates and determines token holdings for users on the COSS exchange as well as on external ethereum wallets (MEW). The contract then divides the fees earned for that week, 50% of these fees go to the COSS platform wallet while the remaining are divided equally among all token holders.

Note: The calculations below make a lot of assumptions and the real fee split involves many more variables. The exact number may come out differently. For example the fee split for this week was 0.000018 based on an average volume of 150k-200k USD.

So here I will do a sample calculation assuming 175k average volume.

Now the dividends I've been calculating here have been all primarily in USD. However, the COSS exchange pays you in dividends based on all the coins traded on their exchange. So if someone traded bitcoin for ethereum then you would earn fees on both the bitcoin and the ethereum trades. In the end what COSS builds for you is a diverse portfolio encompassing all the coins on their exchange.

I've attached an image below of my earnings for the first 5 weeks (Doesn't show all the coins, but shows the top earners). However, I did not hold many tokens for the first 5 payouts (between 3K-5K), I've now upgraded my hold to approximately 25K tokens since the recent price dip to 5 cents US. If you read this far, thanks for reading my first post on Steemit guys! Remember this was an analysis on the potential of this coin. It's a nice coin to add to your portfolio for a long term hold since it only has a small market cap of between 5-6 million USD. It should at max take up 15-20% of your portfolio if you're willing to risk it. Personally I would recommend something like 5-10% though. Happy Investing!

For future updates, including a new UI, coming to COSS see their medium post here: https://t.co/Z0GD27jsQ5

Let's see when COSS will implement FIAT Pairs, I hope they won't delay it anymore further..