panicmode (36)in #cryptocurrency • 3 years ago (edited) 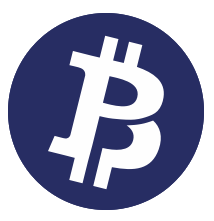 Bitcoin is the largest and most well-known cryptocurrency in existence, its name synonymous with both block chain technology and decentralized payments. As legions of “alt-coins” enter the cryptocurrency space, Bitcoin remains the largest and most influential of the pack. What makes Bitcoin so popular is the technology it is built upon, a decentralized block chain which allows transactions to occur without the need of a central authority through consensus on the block chain ledger. The immutable nature of the block chain makes it secure, powerful, and allows it’s users process transactions without the need of an intermediary such as a major bank.

Recently the increase in public interest, the rise in the cryptocurrency market cap, and increased adoption have caught the interest of governments and regulatory bodies worldwide. This has introduced a layer of uncertainty and overall fear in the cryptocurrency market place. One of the block chain’s biggest perks has become a major sticking point for many of its users. Outside of a personal randomized wallet address, everything that takes place on the Bitcoin block chain is public and easily accessible. Both the point of origin, the end point, and the transaction amount are publically available to anyone willing to look, including government regulators.

Bitcoin Private is Bitcoin’s logical next step, and improves upon both Bitcoin’s now sluggish usage and implements additional protections for both the sender and the recipient. Building upon its namesake, Bitcoin Private offers faster block times and enables users to generate both transparent and private addresses. This additional security allows users to store value with confidence and for the first time allows users to remain totally anonymous during transactions. No more paranoia about moving funds or disclosing your holdings when authorizing a transfer. Bitcoin Private is updated to meet the demands of serious investors and end users alike, and is maintained by a community who supports the ideology of cryptocurrency as a whole.

Cryptocurrency gains more attention every day and its usage is only increasing, this is evidenced not only by the rise its notoriety but the overall increase in market capitalization and transaction volume. Regulatory bodies and financial institutions are beginning to recognize the legitimacy of Bitcoin, the time for improvement and increased user protection is now. Bitcoin Private is the way forward.

Congratulations @panicmode, you have decided to take the next big step with your first post! The Steem Network Team wishes you a great time among this awesome community.