Why IOTA is better than BitCoin: For Beginners 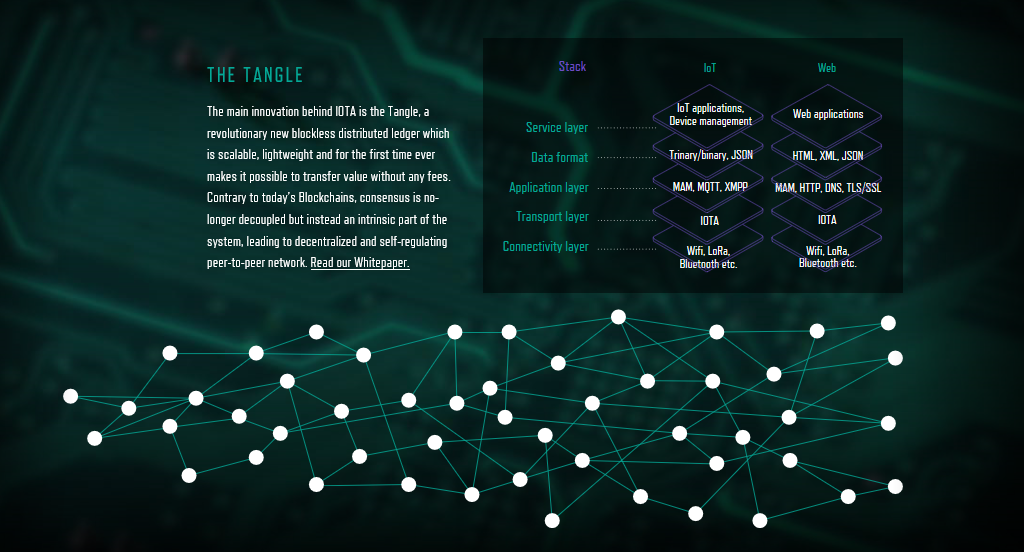 Simply put, IOTA is a new Cryptocurrency that released in May of this year. Here is an IOTA review supporting that it could possibly replace BitCoin, and at the very least show that IOTA is massively undervalued right now at around $0.50 a MIOTA. (I'm not affiliated with IOTA, just a huge fan of Crypto's.)

To truly judge IOTA's value, we have to compare it to BitCoin.

If you have paid much attention to the financial markets this year, you might have seen BitCoin's meteoric rise in the summer of '17. BitCoin is an Online Currency that has recieved much hype over the past few years for its breakthrough technology.

Still, you might ask, why is it valuable? (If you already know what Blockchain is already, scroll down a few paragraphs to see what I have to say about IOTA, these intro paragraphs are to give context for the discussion to people new to Crypto's.)

Here's an example: Let's say you live in the U.S. and want to send your family member in Australia $10,000 for any reason at all. What do you do normally? Go to the bank, Western Union, or any type of Middle Man 3rd party that will wire that type of money. Also remember, your friend is in another country which means that your U.S. dollars will probably have to be converted to Australian Dollars. This usually will take a business day at minimum, plus there will be all sorts of fees attached to wiring that money as well as converting the currencies.

People can now send Cryptocurrencies like BitCoin for smaller fees, with a very secure way of doing it. To put it very simply, BitCoin has what is known as a "Block Chain." For those new to Block Chain's, a "Block Chain" is basically a ledger of every transaction that "BitCoin" has been a part of. The entire network sees this ledger at all times. (Think Dropbox files.) Every time a BitCoin moves out of an account to another, the Block Chain is looked at and compared to different lists several times to make sure everything matches before the transaction is finalized.

The problems with BitCoin's solution?

BitCoin will never, I repeat, NEVER, scale with this current model. They can't. It's a scientific impossibility according to experts that are way smarter than I am.

Now lets look at trying to replace a credit card with BitCoin:

Visa at peak times processes 100,000 credit card transactions a second. BitCoin can at PEAK process 56,000, and thats based on tech that isn't even mainstream yet.

So what is IOTA, and how is it better than BitCoin?

IOTA is another Cryptocurrency like BitCoin, but instead of the Block Chain technology, it uses what is known as the "Tangle." The Tangle offers many solutions that BitCoin does not.

IOTA is easily integrated into all programming languages.

First of all, IOTA was planned from the beginning to interact with EVERYTHING. The main basis of IOTA's design is the "internet of things" that will be very prevalent in the next 20-30 years. Maybe you have a washing machine that you can start with your phone? A smart tv? A wireless printer? All of these are connected to the Internet Of Things.

This is one of the biggest advantages IOTA has over BitCoin, because many companies would need to rework their entire system to fit BitCoins software. With IOTA it's the other way around; IOTA and The Tangle can seamlessly be integrated into all coding languages, meaning developers don't need to rewrite anything to make IOTA work on their system. 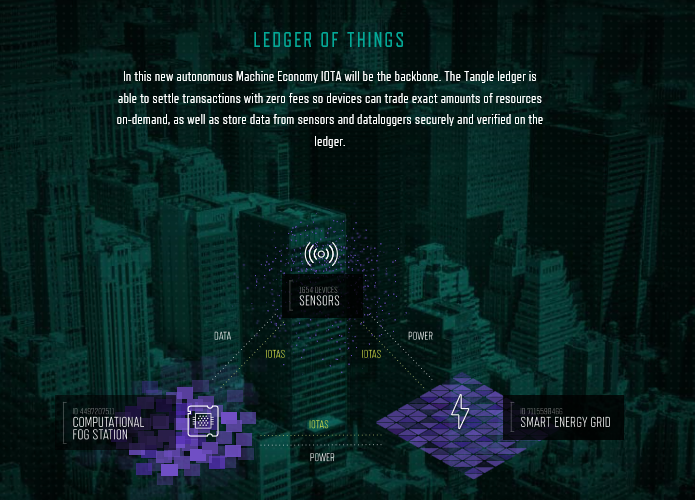 IOTA is free to transact!

IOTA is the very first Cryptocurrency with 100% FREE transaction fees.

How can it be free to transact, you might ask?

This is fundamentally awesome. Each user personally pays the cost and processing power for other transactions, making it free to use and cutting all middle man costs. The data needed to make this happen securely is much smaller than through BTC, making it faster and more lightweight.

I'll leave you with these three final things about IOTA:

#2: David Sonstebo, one of the creators, has said himself that the "only thing that can limit IOTA is the speed of light."

#3: Paragon just partnered with them too. :D *Edited* They are actually not partners, just bros that help each other. Here is the public convo between the two. IOTA is my favorite Crypto right now.. What's yours???

Submit
$2.29
20 votes
8
Authors get paid when people like you upvote their post.If you enjoyed what you read here, create your account today and start earning FREE STEEM!
Sort Order:
[-]
carlospresley (33)  ·  2 years ago

I love doge because no matter how much i send i only takes 1 doge per transaction. But IOTA might be my favorite in the future.

Doge is good too, but I don't know if it will catch fire like BTC did.

Thank you for a well informed article. It will help me make up my mind over which cryptos to invest in.

Thanks for this great review @nateq. Big IOTA fans here.
My name is Jerry and I'm the founder of Coincheckup.com and I was curious if I could get some feedback?
We did Fundamental analysis on IOTA. Besides that we present all important investment stats and long-term price predictions on our website and we're working on other cool features like: Coin Comparison and technical analysis.
I was wondering if you could give us some feedback to improve our platform: https://coincheckup.com/coins/iota/analysis

Any feedback would be really appreciated. We're committed to supporting the crypto community to the best of our abilities.

Many thanks in advance.
Jerry

Good post! I'm hodling IOTA and I hope that it will skyrocket within the next three years.

However, I also have some doubts about it. I think that success will in the end depend more on marketing/diplomatic skills than on technical aspects. Bitcoin has a first mover advantage over IOTA and so does Ethereum.

I feel that IOTA really needs to prove its value and this isn't going to be an easy task. But as I've already said: I'd be more than happy to see IOTA succeed ;)

iota is great and has tons of potential. now they are starting to live up to it by doing revolutionary things such as this