myblockchainblog (38)in #cryptocurrency • 2 years ago 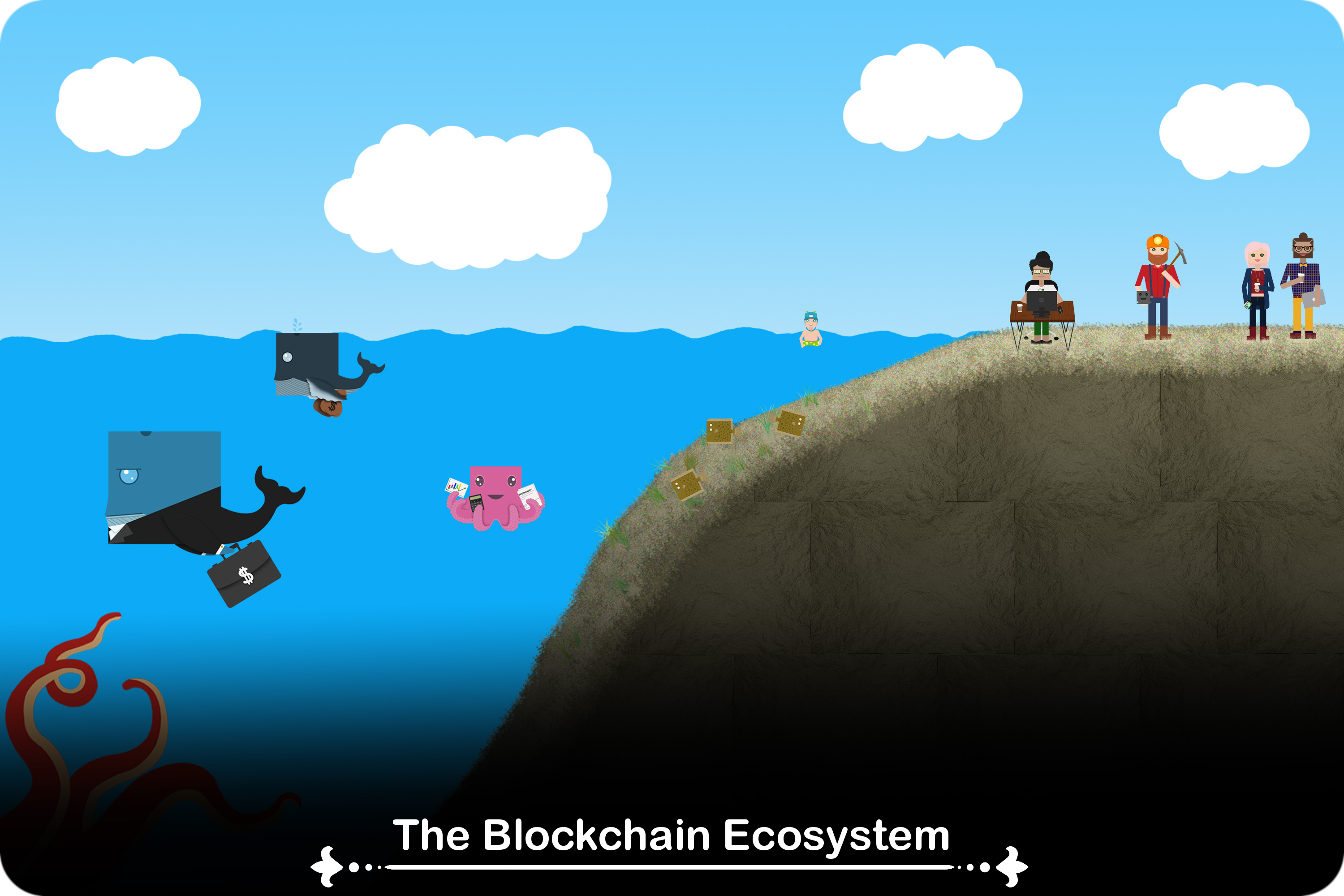 That’s right, users are normal people who use a blockchain or cryptocurrency to achieve some purpose other than just buying cryptocurrency to sell at a later date (i.e. investing). For users to exist, a cryptocurrency has to have some utility (something to spend your coins on). Lets have a quick look at the three most popular blockchains to understand their current and potential utility. 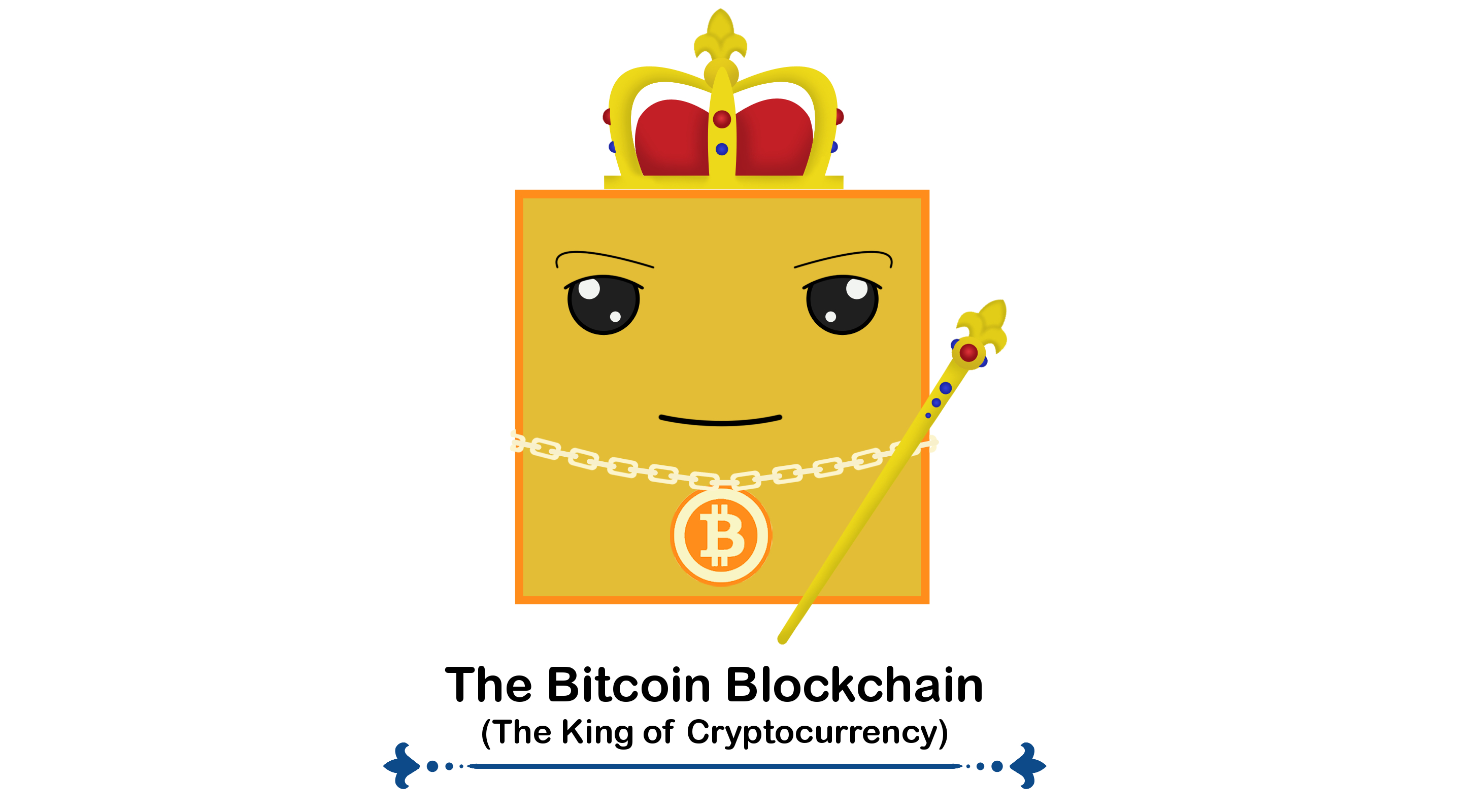 Bitcoin has only one utility, but it's a big one; payment for goods and services. At the time of writing, ~46,000 merchants around the globe accept payment for goods and services in the form of Bitcoin (Coinbase). In fact, several household brands and major e-commerce players including PayPal, Expedia, Microsoft, Subway, Bloomberg, Reddit, Dell, Steam, Whole Foods, Shopify and Webjet have all added their names to the ever-growing list of Bitcoin merchants. This list will inevitably continue to grow over the next decade and it is entirely possible that Bitcoin will be as widely accepted as Visa, AMEX or Mastercard at some point in the not so far future. This arguably means that Bitcoin currently has more utility than any other blockchain. The advantages of Bitcoin payments compared to traditional payment methods are:

Additional benefits for merchant include

Due to Bitcoin’s high utility, a relatively large part of its ecosystem consists of users. This is a great attribute from a long-term investment perspective as it improves price stability and gives investors hard data to base their price estimates on (user growth, merchant adoption, number of transaction etc.).

The Ethereum blockchain is fundamentally different to the Bitcoin blockchain due to its ability to imbed smart contracts into the blockchain (see Post 2). As a result, Ethereum offers it's users two different types of utility:

A list of all dApps on the Ethereum blockchain can be found here.

The majority of stakeholders in almost all blockchain ecosystems are still investors. As a result, cryptocurrency markets are still highly speculative and price swings of +/- 30% or more in a single day are not uncommon. Part of the reason why blockchain markets are so volatile is that it is extremely difficult to assess the true value of a cryptocurrency or a decentralized application. The technology is still young and the lack of users due to limited utility makes it difficult to predict how the technology will be used when mass adoption does occur.

Despite the many pitfalls of investing in blockchain technology, the current market conditions actually make for an attractive investment opportunity: 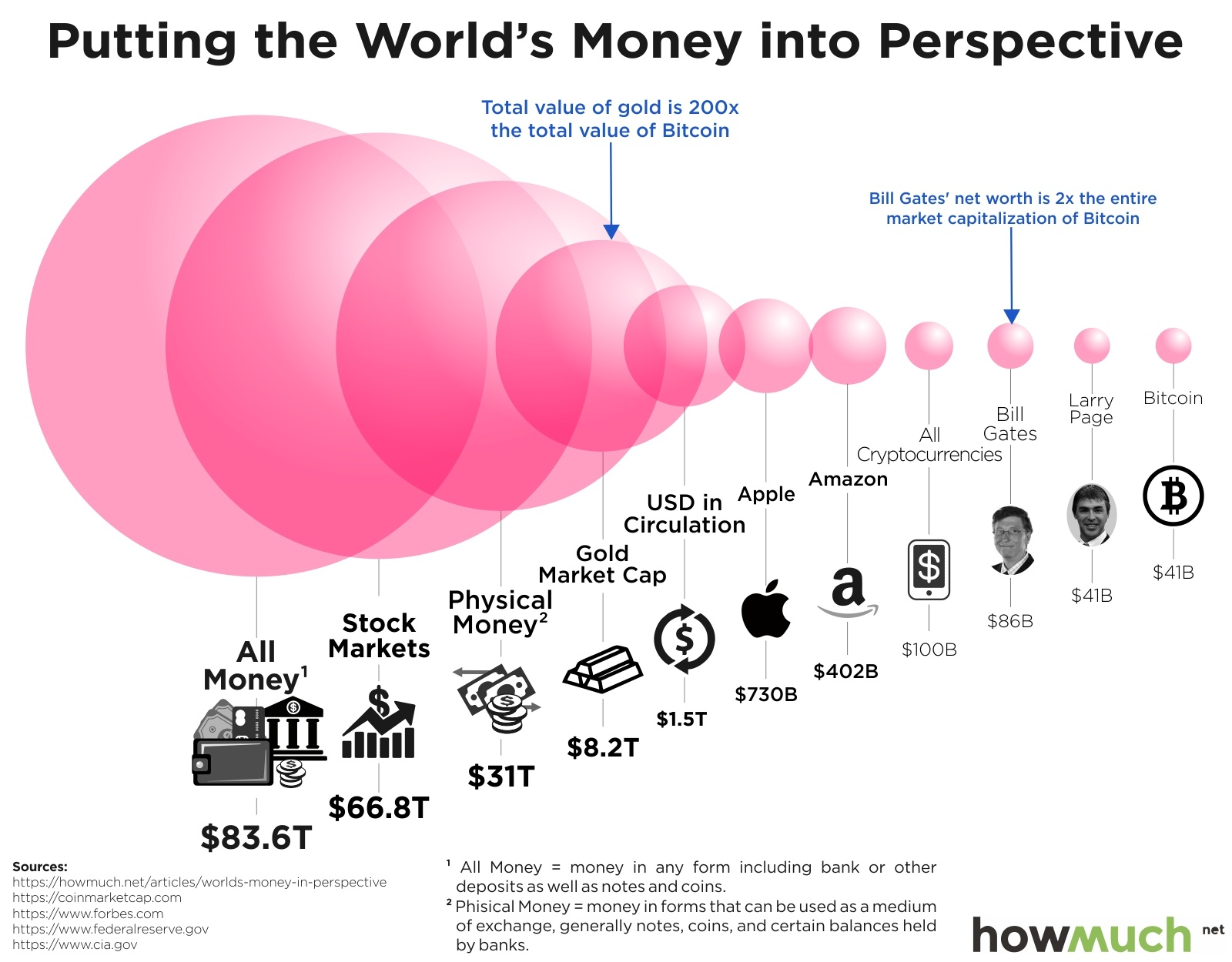 Having said that, not all blockchains are created equal… In the next couple of years, will we no doubt see plenty of start-ups crash and burn, dragging their investors hard-earned money with them. We will see scam companies whose only goal is to siphon money from foolish investors. We will see serious competition from well established corporations out to develop their own blockchain applications. Nothing in life is free and there are no silver bullets in this game. Picking winners and loser is not a simple task and if you want to invest your money in blockchain, you’re going to have to accept a high level of risk. We will have plenty of time to discuss investment strategy in future blog posts but for now we’ll leave you with two thoughts:

The way we see it there are 4 different types of investors in any blockchain ecosystem:

The tremendous growth and increasing publicity of the blockchain market have attracted thousands of new investors over the past six months. A large proportion of these investors are attracted to the potential gains without fully understanding the technology. Newbies make decisions using their emotions and no emotion is more compelling than fear. Fear of losing their money and fear of missing out. Hence newbies will often buy into an overpriced market.

Equally, newbies will often sell if the price drops more than 10-20% below their initial buy-in point due to fear of losing all their money. This is especially dangerous in the super volatile blockchain market. As a result, newbies will often buy high and sell low.

This is especially true in the crypto market but it i also true in the regular stock market. The below graph from Vanguard shows the average annual difference in return on investment between personal investors who frequently buy/sell and mutual funds who hold their investment for longer periods. Whales are big-time investors with reserves so large that they can single-handedly move a market in one direction or the other.

Typically, people with orders of ~US$1-5M or more are considered whales. A large order like this is enough to significantly bump most cryptocurrencies or blockchain tokens in either direction. If this movement is enough to get smaller players to pay attention and put their money towards the same cause (either buy if the price is increasing or sell if the price is decreasing), the whale can execute an opposite order at a later time to make a profit.

This brings us to another creature of the deep, the gargantuan whale. The gargantuans are the true monsters of the ocean. These are the Hedge Funds and Bitcoin Investment Funds that typically manage portfolios of ~US$100M+. Some of these, like Pantera Capital, Bitcoin Investment Trust and Binary Financials, have flapped their giant tails at the surface and announced their presence in the water through public statements. Others are still swimming deep in the ocean, hidden from the prying eye of the public through hundreds of separate, independent private keys.

The sort of capital these monsters manage cannot be consumed by the market in a single order. Instead, they typically inject thousands and thousands of Bitcoin into or out of the market over the course of a week or more, thus slowly driving the price up or down to suit their own needs.

You may think that all of this sounds incredible, but blockchain markets actually have characteristics that make them ideal for high risk hedge funds with the right means and risk tolerance:

Finally, there are dark corners in seaside inns where old seadogs whisper of one final underwater beast. One that is large enough to completely swallow up the gargantuans of the world and change the blockchain markets forever.

We’re talking of course about government investors. The idea that governments may one day stock up on cryptocurrency as a way of diversifying their reserve currency portfolios is extremely interesting and would no doubt lead to previously unheard of price levels (Coin Telegraph). Arbitrageurs continuously search for and take advantage of small price gaps between different online exchanges. They are connected to hundreds of exchanges and will simultaneously buy low on the Australian exchange and sell high on the Swiss exchange if the opportunity presents itself. You may think that arbitrageurs are ruining the blockchain ecosystem but they actually serve a very specific and very important function. They stabilize prices across exchanges, thus ensuring that people don’t have to search the internet for the best possible price before moving into or out of a specific blockchain cryptocurrency. They are like the cleaners of the sea, always scouring the ocean floor in search of inefficiencies in the market. Their profits are the price the blockchain ecosystem pays to ensure that everyone gets a fair price representative of the actual market value when making a trade.

This is who you want to be as an investor! Clever octopods buy low and they sell high. They research extensively before making a decision and acknowledge both the risk and potential rewards. Clever octopods recognize that it is very difficult to play the short-term swings in cryptocurrency and keep their eye on the long-term prize instead. They avoid emotional decisions and stick with their investment through price swings unless something fundamental changes about their investment. Clever octopods diversify and recognize that picking winners and losers is extremely difficult in an emerging industry like blockchain. They recognize overarching industry risks such as traditional corporations entering the market and keep a close eye on their investments.

If you develop the traits of a clever octopus you’ll have a great chance at making a really nice return on your investment over the next decade.

While we’d love to tell you that we fit into the last category and that we never made an emotional or fear-driven decision, that simply wouldn’t be true. At this point, we are probably somewhere in between the newbies and the clever octopods. Hopefully writing this blog and continuing to gain experience in the blockchain market will turn us into clever octopods over the next few years. I hope you will join us as an active participant on this journey. Together, we can learn to make better decisions through research, discussion and healthy skepticism.

In order for a blockchain to function and maintain its integrity, it needs a large network of independent nodes around the world to continuously maintain it. In private blockchains, a central organization owns every single node on the network. In public blockchains on the other hand, anyone can set up their computer to act as a node. The owners of these computers are called miners. 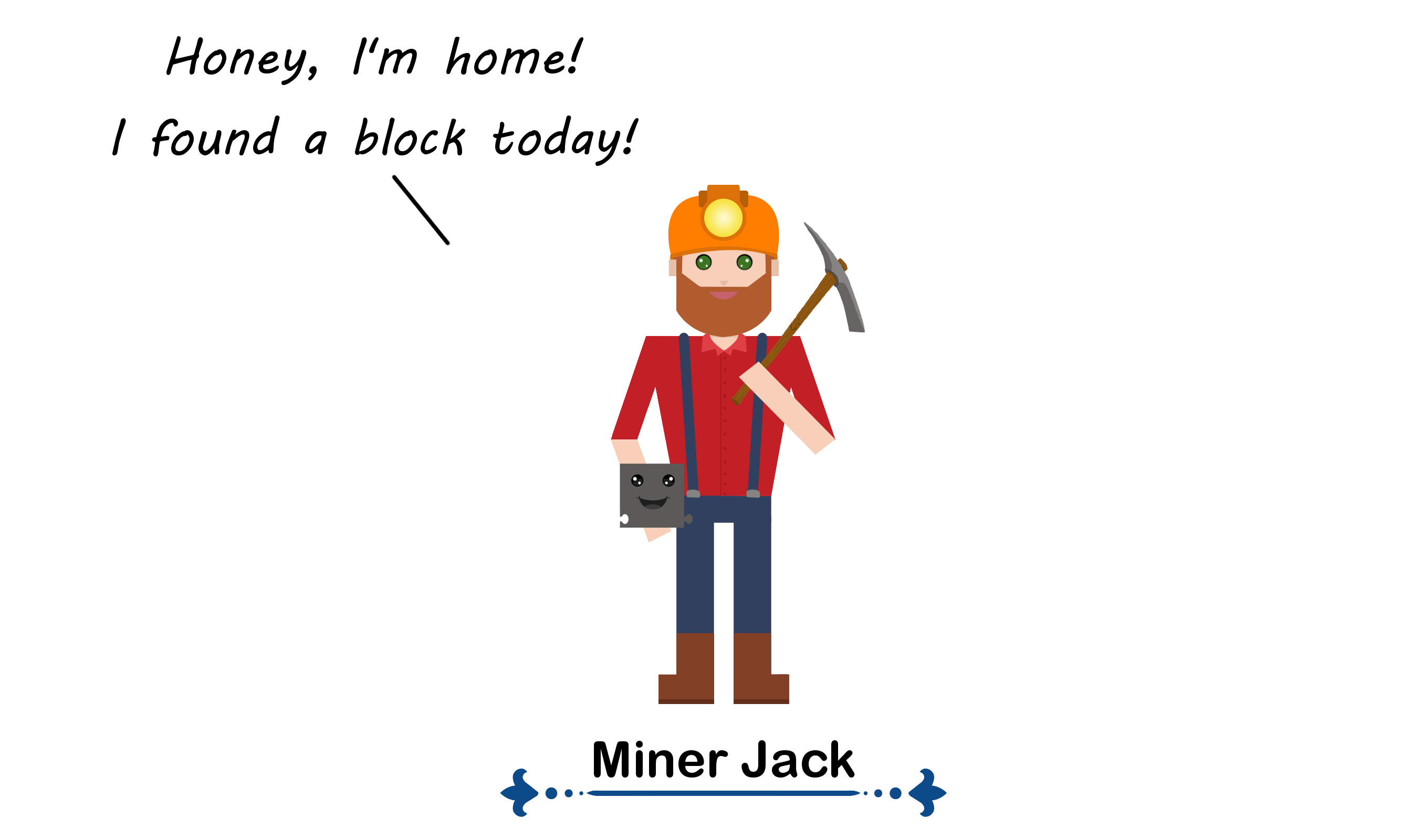 Since the integrity of the blockchain is directly related to the number of independent nodes on the network, there also needs to be some incentive to mining. Different blockchains utilize different mining systems however most of them contain some form of:

As you’ll see in the next post, mining a single block is extremely difficult and can take a single computer many years to achieve. As a result, individual miners have formed mining guilds that pool their resources together and share the rewards. The below graph from blockchain.info shows the relative hash rate (amount of work) of each mining guild on the Bitcoin blockchain over the past 4 days. Because miners are required to maintain the integrity of a blockchain, they hold a lot of power. If the Bitcoin community wants to change the Bitcoin protocol in one way or another they will have to convince the majority of miners to adopt the new code. Changes to existing blockchain protocols are referred to as forks. Potential forks are always hot discussion topics on mining forums and it is extremely difficult to reach a consensus without a central authority.

As discussed in the last post, blockchain has the potential to become a lot more than just cryptocurrency. There are currently two types of developers in the blockchain world: 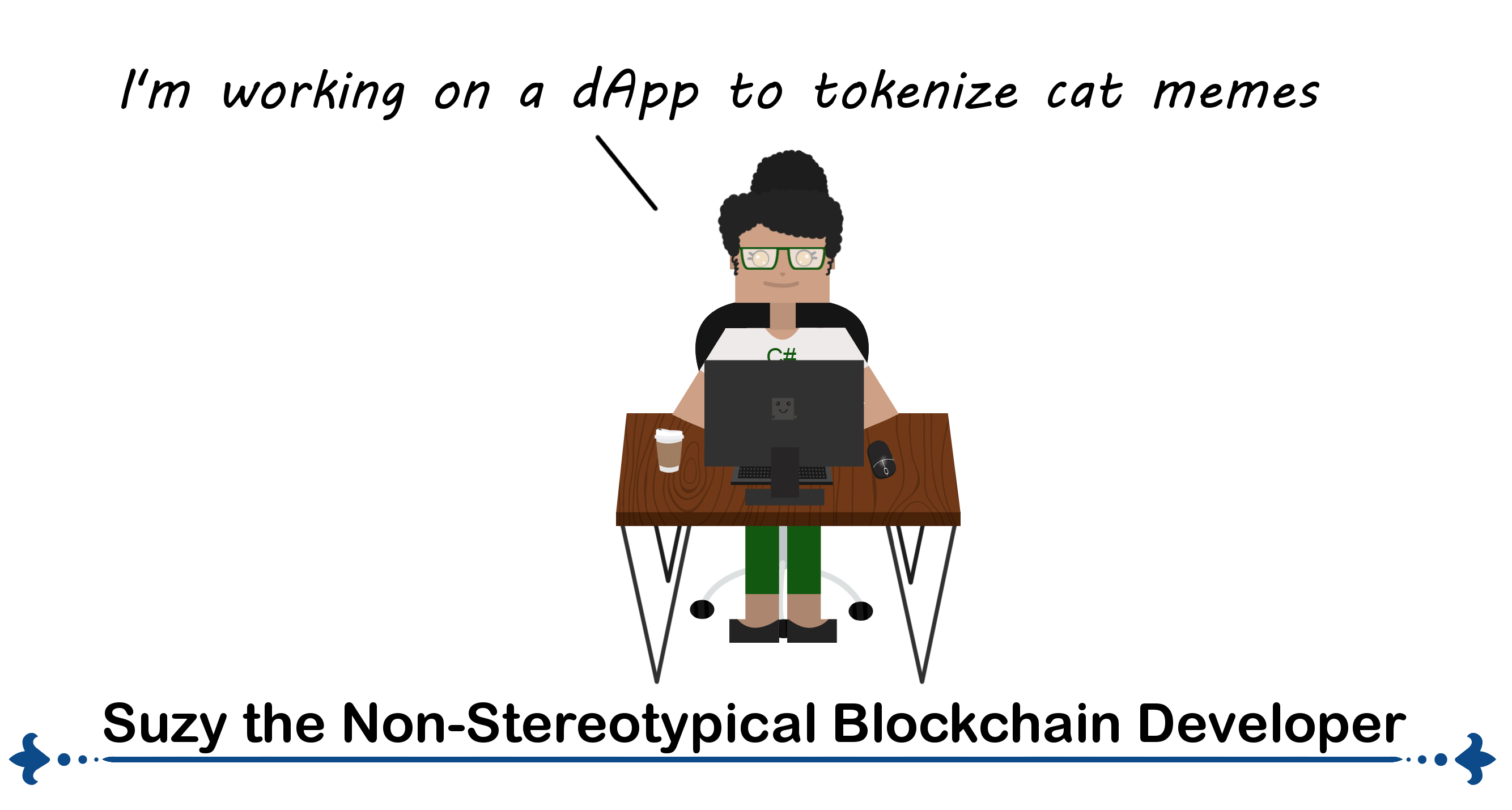 Ethereum’s introduction of smart contracts has opened the door to a world of dApp developers eager to create the next big thing. When evaluating a blockchain it is important to consider how developers will react to it. Some questions to ask yourself include:

To take full advantage of blockchain technology you’ll need to keep up to date with the latest news in both blockchain and dApp development.

The blockchain ecosystem is complex and vibrant. Understanding it will allow you to make better decisions and take full advantage of this emerging technology. Did you enjoy this blog post? Did we miss any stakeholders? What is your take on the different stakeholders and their impact on the overall blockchain ecosystem? Do you think we will ever see government adding cryptocurrency to their reserves?

We would love to hear from you on our message board below! If you find any mistakes or errors in our content, feel free to inform us and we will correct it promptly. Our next post will provide you with an overview of the cryptographic features that enable blockchains to work securely and pseudo-anonymously. Hope to see you there!

I agree to build a future and do not look back,

Thanks for this article, I've come back to it many times to put things into perspective.

This is really an interesting and valuable article for me. Thank you very much for these info. I was looking for a clear and simple explanation about blockchain ecosystem and this article has done it. thanks dude