Why Bitcoin is in Turmoil?

murtazasyedm (57) in cryptocurrency •  3 years ago Appalled by the continuous downtrends in bitcoin? You must be. Do you think that it's only you who is in loss? The answer is NO because each and every cryptocurrency is in recession and everybody who has invested in crypto is currently in loss. The problem isn't with all the cryptocurrencies rather it's with Bitcoin only. Imagine crypto currency as a whole one body and when one of the body's part is in pain whole body is restless, same goes for the cryptocurrency. Besides, Bitcoin is considered to be the BOSS in crypto's world and when Bitcoin undergoes some serious down-trends rest of the currencies automatically follow it. 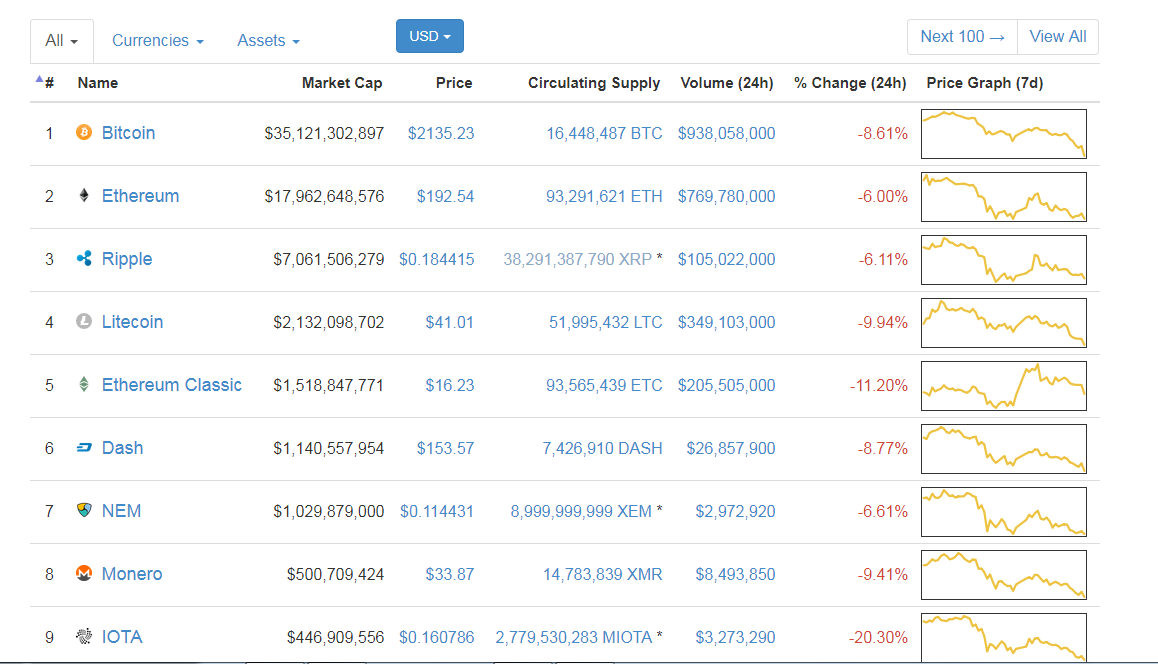 THE QUESTION IS WHY BITCOIN IS IN TURMOIL?

The answer to this question is internal dispute which has created financial panic in bitcoin. Bitcoins are created by computer farms that "mine" them and verify other users' transactions by solving complex mathematical puzzles. With the passage of time mining difficulty increases and as a result one day Bitcoin couldn't be mined anymore. To address this issue, people who maintain bitcoin suggested a major software upgrade to improve network capacity. To this suggestion, not everyone is on board particularly some bitcoin "miners," who are rewarded for verifying transactions. Until and unless there is any agreement between miners and others who use bitcoin, the panic in 39 billion dollars investment will continue.

Recently, Chinese Central Bank Advisor said,'Bitcoin's 21M Limit Means It Can't Be a Currency'. Besides,as bitcoin has grown, payment delays have become more common and worrisome. To counter it, some software developers came up with a new way to speed things up by re-engineering bitcoin's universal ledger, a file called the blockchain. Proponents of the new method include Microsoft, the bitcoin exchange, Coinbase and a variety of other companies who would like to see the currency used more widely in commerce.

The proponents of upgradation said they run out of patience and have set a deadline for moving to the new system on July 31 At * p.m. Eastern time. They've threatened to stop recognizing transactions confirmed by miners who haven't adopted to the upgraded system. Such rifts would indeed create enormous uncertainty in the bitcoin economy, as no one could really know if the bitcoin they'd just paid (or received) was actually moving through the system the way it's supposed to. Some giants, for instance, Chinese bitcoin miners haven't signaled a support for the new system and if differences persisted, two or even more incompatible versions for bitcoin may surface.

What will Happen Next?

It all depends on whether the people who maintain bitcoin can agree by July 31 to implement a major software upgrade to improve network capacity. Hopefully, the rivalries will come to an end and bitcoin will come much stronger than ever before.

Submit
$1.94
14 votes
10
Authors get paid when people like you upvote their post.If you enjoyed what you read here, create your account today and start earning FREE STEEM!
Sort Order:
[-]
bitbybit (47)  ·  3 years ago

If I were a financial advisor (which I'm not), I would say don't buy BTC until after Aug 1. Don't sell it either. There should literally be ZERO transactions in all cryptocurrencies for the next 16 days.

You only lose it if you sell (oddly enough, you only make gains if you sell too :)...just hold on tight and only sell if you absolutely have to.

I just converted all my bitcoins to teether dollars. Just waiting for the right price so I can buy it low and sell it high to cover my losses.

They already decided on the 31 July update; it seems now that the update will solve the scaling problems(at least temporarily, by increasing the block size): the transaction limit problem and how fast the transactions are confirmed).

If bitcoin wouldn't do this it would be doomed to lose it's position of leader, as shapeshift declared in an interview.

It's good news for bitcoin, but who knows if this wasn't too late. Bitcoin devs were needing almost 2 years to come to a consensus, so who knows how that can push bitcoin further in the future...

So we can expect up-trend by 31st July.

Well, everybody is waiting for August 1. Lets see what happens

Yeah, but people are still earning by doing short trades. I'm waiting for Aug 1, till then I'd prefer to be on safer side by keeping USD instead of cryptos.