The Biggest Problem with The Blockchain

maxnachamkin (37)in #cryptocurrency • 5 years ago

Over the last couple of weeks I've talked to various friends who've been all saying the same thing. They:

I see this as one of the biggest challenges that the blockchain technology will face -- it's WAY too complex for the average user.

No usernames, but addresses? No passwords, but private keys and keystores? Lots of ways to do things, but lots of technical knowledge required?

It's amazing that crypto is becoming more popular, but I'm not surprised that it hasn't taken off to mass appeal yet. It's not ready.

It's simply too confusing for the average user.

For the tech peeps, it's easy enough to figure out how to do it. But a lot of people don't have the time or care to invest their time into learning this stuff.

The only option right now is to look up things online and read tutorials...which is an endless vortex for the vast majority of people.

I personally wrote a tutorial on how to setup a wallet outside of a main exchange, but it turned out to be many pages long - still too complex to help people understand what's actually happening in the blockchain ecosystem.

In order for this thing to take off, we need the ability to simplify things for the END USER. I'm talking about your Grandma who doesn't even know how to use a computer.

The infrastructure is going to be complicated, but frankly most people don't care about blocks and mining and all that jazz.

They're just going to want to become a part of it and use it in their daily lives.

As a community we have to make things simple for them.

And I love how organizations are starting to attempt that - EOS for example.

I believe we're heading in the right direction, and while I'm looking to work on my own front-end simple solutions in the near future, I've decided to help people learn the basics in the meantime.

I recorded a video for how to buy Bitcoin, which even though is an easy answer for people already involved, it is NOT well-understood by the masses currently.

I want this post to serve as a call to action to focus on making SIMPLE solutions for the end-users. In order for cryptocurrency to become mainstream, it HAS to be so easy that a 3rd-grader or a grandma to use it.

I'm excited to see new solutions being built in this regard, and I'm hopeful that this will happen in the near future.

My overall stance on the blockchain is this - let's make the blockchain more accessible to the masses by making it easier for the end-user to understand and utilize.

Follow me for updates on my journey, tutorials, and crypto news at @maxnachamkin 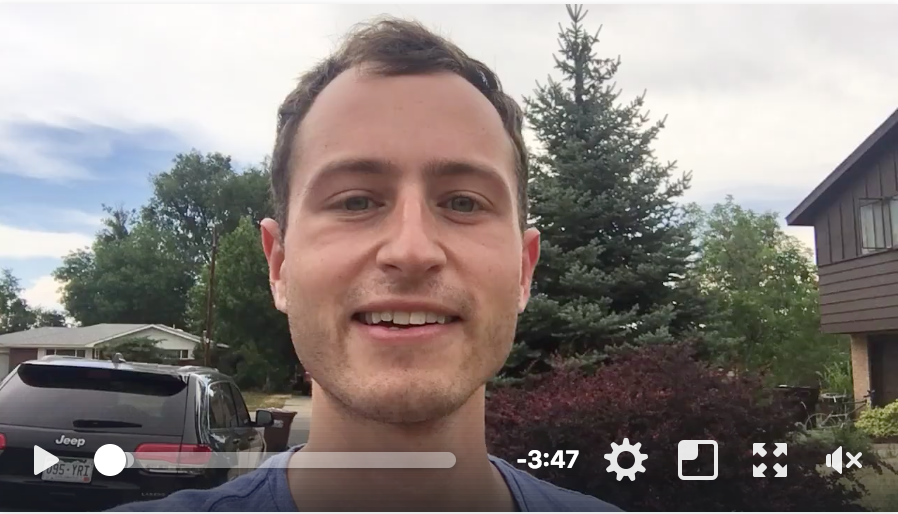 it's a real issue, people don't know about bitcoin and the ones that do don't knoiw u can buy a piece of one not a whole one like stocks.

Hey @parker.hammer, totally. I was just explaining to a friend the other day that you can purchase ".00005" and that it's more flexible than fiat currency. People don't have to invest crazy amounts like day traders, but can put $10 here or there and ride the crypto wave as it rises.

Nice. I see the value in that.

I totally agree that's why it's not investment advice on my part I just want to help people get into the same position i'm in, I want to teach a man to fish instead of giving him a fish.

Solutions will be found for user friendlyness. If it was doable for something much more difficult like the Internet, it will surely happen for cryptocurrency. In the end, we probably won't even know the blockchain is there (similar to Steemit).

I think that's how it'll go down too. Hell, most people don't even know what an IP address is. Exciting times for sure.