Financial expert claims Bitcoin has only reached 1% of its potential 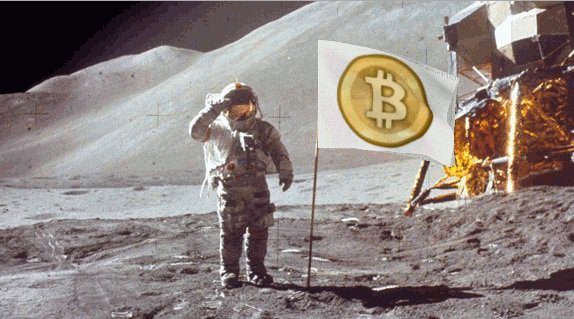 Financial expert: Bitcoin has only reached 1% of its potential

"For me some french fries with a croquette, please" - "That will be 12 bits, thank you for your purchase!". Will we ever hear such a conversation in real life? It is possible; nobody can predict the future. If Bitcoin succeeds in reaching its full potential, we will not be far off. According to the financial expert Vincent Launay: Bitcoin has only reached 1% of its potential!

Such units open up huge prospects if the price of Bitcoin were high enough.

What the future of Bitcoin is going to bring is still unclear. JP Morgan CEO Jamie Dimon for example thinks that Bitcoin is a fraud and will fall back to $0. Others think that Bitcoin can 'easily' rise to $500,000 or even $1 million.

To see where Bitcoin can end, we need to look at what Bitcoin stands for today, says Vincent Launay. Bitcoin is used as a means of payment and as a safe haven. Safe havens are not born that way, but are chosen by humanity because of their specific characteristics. In recent years, mankind has increasingly opted for Bitcoin as a safe haven.

We can therefore compare Bitcoin with other currencies (as a means of payment) such as the euro, the dollar or the yen and gold (as a safe haven).

Will you become a Bitcoin Millionaire?

Bitcoin currently has a market capitalization of just over $150 billion. The dollar, cash - deposits - money market funds, is worth around $12,500 billion. The gold market comes to about $8,000 billion.

Bitcoin has therefore reached only 1% of its potential compared to other currencies and gold. To achieve 50% of the potential of gold, Bitcoin must already rise to $241,000. 50% of the US dollar would mean Bitcoin being priced $376,500. If Bitcoin can exploit its full potential, we will no longer speak about Bitcoin, but about bits or Satoshi's. Those who own Bitcoins will be richer than they ever dreamed!

The future is crypto! <3

Thank you!
You mean the image with the bitcoin flag on the moon? <3

Did bitcoin today increase with 66%? According to CMC the market cap is near 150bln.

Thanks for the remark pal!

It seems my source was published a while ago and I didn't pay attention to the real numbers, updated my post now. :-)

To me the key message of this post is that Bitcoin has so much more potential to grow; the key message made me forget to change the specific numbers in the article to be more accurate with our current reality.

I wish Bitcoin increased that much lol

On one hand the bitcoin price could increase hugely. If you take some factors into account like probably only 1% of people have bitcoins right now. And if everyone only hodl, the freefloat will be minimal and the price will go up.

However I think that something will win from bitcoin on long term. As it should be possible to develop an improved version. That's what always happened in history. Or are you still watching black and white television?

You might be right, I can see Ethereum become number 1 soon... ETH has already been catching up with bitcoin for a while now, but for now everything is still tied to Bitcoin; If Bitcoin rises, altcoins rise. If Bitcoin decreases, altcoins decrease. Maybe when ETH becomes number 1 the market will be tied to ETH?

Personally I see ETH take over the number 1 position of Bitcoin in the future, but this will be a bloody fight and I fear the market will not respond kind to Bitcoin being dumped.

I don't mind Bitcoin being number 1 and I am convinced Bitcoin will always remain a very popular cryptocurrency, time will tell what the future brings.

Not sure if it is already clear that market cap is not equal to the total amount that have been invested?
That could be a really important item.

Nice article Max! That's why you have to take all of the media screaming "bubble" with a MASSIVE grain of salt. How can something be in a bubble with less than 1% adoption? Look at the community that has developed around cryptocurrencies and the consistent exponential growth. One thing is clear: cryptos are here to stay. Well, at least the good ones are. Cheers!

Yes I like how you put it there; cryptocurrency is part of the new digital era which has so much more room to grow and expand so even if crypto would be a bubble, this bubble can blow up 10x more "easy". I feel you understand the potential of this digital revolution and how it will keep growing.

We're going to see the worlds first trillionaire. Wow as I type that word, it shows up as misspelled. Even my computer doesn't believe it. lol

huh? Wait it is possible to break apart a bitcoin and use the pieces? You dont always need a whole coin to do stuff with? if that is the case then boy is that something big I now know about Crypto stuff now. Can that same method be used on any of the other coin types too? And that is crazy how bitcoin is only as of now only at 1% of its potential so in short things have only just begun for it.

Yes ofcourse this is possible my friend!

Oh wow that is neat so one does not always have to get one whole coin if don`t want to can just get a piece of one and for the other coin types too alright that is good to know. You know what I am gonna have to start doing? Take out my notebook start writing down all the little important bits to know about crypto currency in there.