As you surely have noticed, there has been a significant downturn in the value of Ethereum and other cryptocurrencies.

When we first calculated our token metrics, the price of Ethereum was over USD $1,000. Accordingly, we pegged the price of LCS Cryptoshares to 0.0004 ETH, a price that would allow us to raise the necessary funds to reach our target hard-cap. 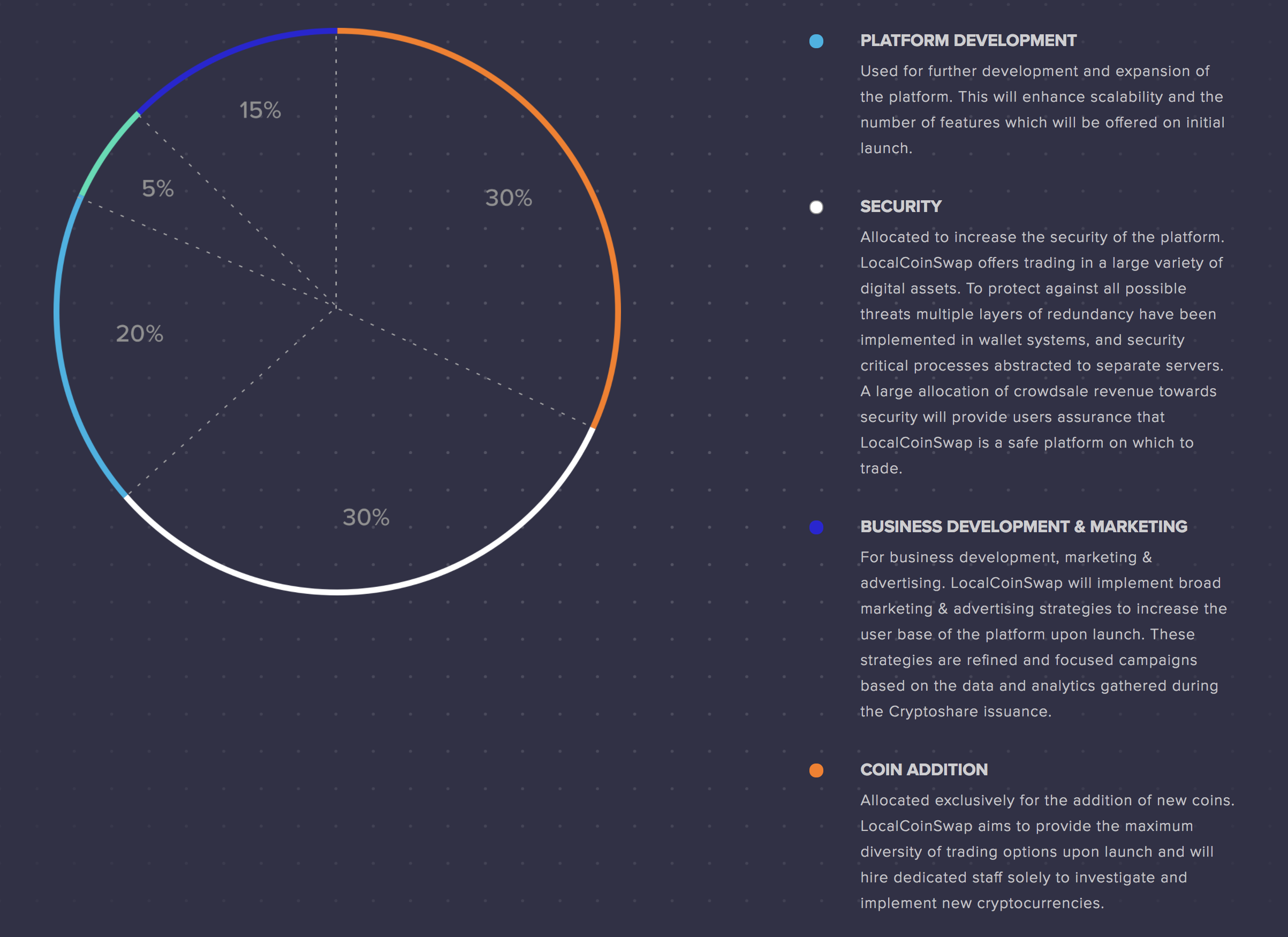 As of now, the value of Ethereum has dropped to USD $366. A price that directly affects reaching the hardcap and bonus stages. Early ICO investors have also paid a significantly higher price in USD terms than later investors will need to pay.

To rectify these problems and turn the downturn of cryptocurrency into an opportunity, LocalCoinSwap is now officially announcing the first community vote. LCS Cryptoshare holders will vote to decide on whether to peg the price of LCS Cryptoshares to USD 40c. This will not only allow the hardcap and bonus stages to be reched, but will also preserve the value early stage investors.

To all community members:

Voting tokens have been distributed in a 1-to-1 basis and are already in your Cryptoshare holding wallets. The vote will close on Monday the 9th of April at midnight, at which point the token will be frozen

The LocalCoinSwap team will implement whichever decision you decide on together as a community. No voting tokens have been issued to the team and we will stay completely impartial on this issue. We will not influence anyone's decision, because it's your choice - not ours.

You can follow the voting action live by viewing the LCS voting tokens being sent to each address. We have exclusive cheap plan for everyone. Visit our site to learn more and join the limited time offer at:

Hi camdadeye291, yes you will need to be able to cover the gas to send the voting tokens.