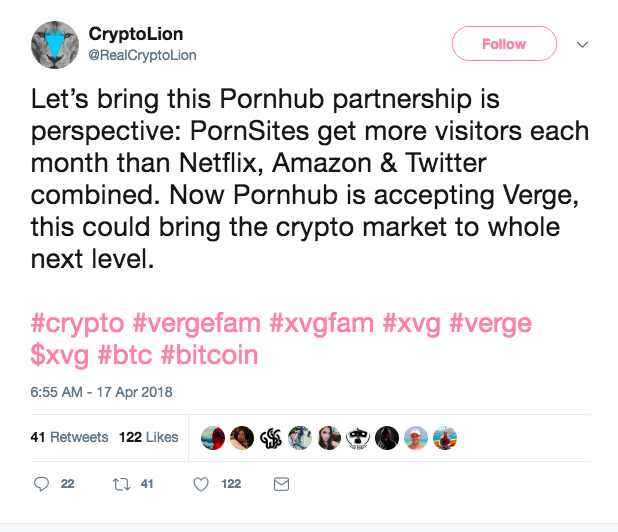 So, this is a trap or a chance?

Great post @kelvin98
Verge is not a scam, what happen to XVG has happen to many other coins. I'm not sure how long you've been investing/trading but there is this saying "Buy the Rumor, Sell the News" thats exactly what happen. We knew there was rumors of a partnership, we did not know who...but we knew there was a partnership coming. If anything this is a good thing for cryptocurrencies, because if the adult entertainment industry can adopt crypto before other industries and it makes a statement that it is here to stay. The dramatic drop in price gives many another chance to invest in XVG and watch it grow much more stably unlike this last week and half.