jerroldseow (33)in #cryptocurrency • 4 years ago 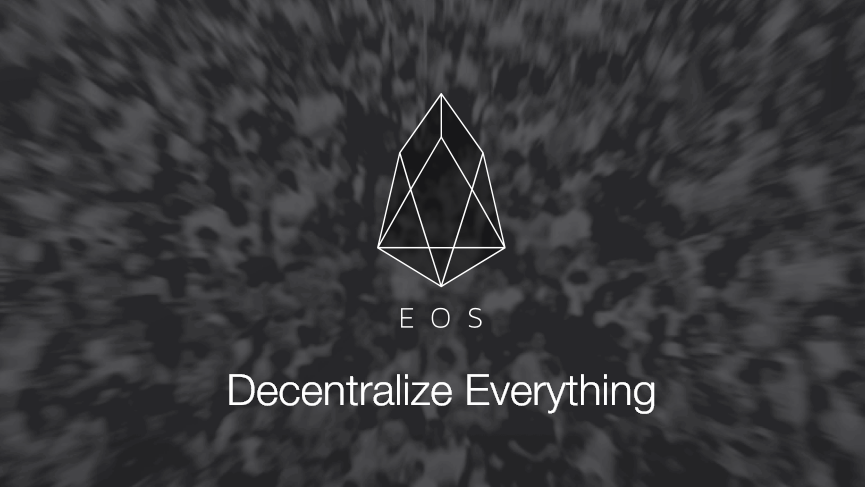 EOS is one of the most talked about blockchain projects distributing a token; and it doesn’t even have a blockchain yet. Launched by block.one, the company building the EOS.IO software, the EOS token is explicitly stated not to have any value, utility, or purpose. Yet its token market capitalization has already surpassed that of older and more well-established cryptocurrencies like Zcash, BitShares, Steem, and Augur.

Trading volume on EOS tokens has exceeded US$91 million since July 1, when it was listed on the major cryptocurrency exchange Bitfinex. Despite heavy speculative activity and raising $185 million in just the first phase of the token distribution, many are puzzled about the question: What is EOS?

Like Ethereum, EOS is a smart contract enabled hosting platform built for open-source projects and consumer-facing decentralized applications. It intends to take market share from Ethereum while promising a more scalable blockchain with usability for large-scale businesses.

Unlike Ethereum’s virtual machine which acts as a distributed global supercomputer, EOS is built around a distributed operating system-like construct, which applications can be built upon. “The resulting technology is a blockchain architecture that has the potential to scale to millions of transactions per second, eliminates user fees and allows for quick and easy deployment of decentralized applications.”

The EOS project is developed by the block.one team, headed by Brendan Blumer as CEO. Daniel “Bytemaster” Larimer, known for creating BitShares and Steem and inventing the delegated-proof-of-stake (DPOS) consensus algorithm, is CTO. Brock Pierce, creator of the first ICO token, Mastercoin, is a partner. Ian Grigg is the financial cryptographer and also a partner.

“EOS is designed to deliver on the promises of what we know blockchain is capable of, and the community has shown a great interest in our product to-date,” explains Blumer. “Given its importance and economy-changing potential, we felt it was important to give everyone an equal chance to purchase EOS.”

Block.one CTO Daniel Larimer tells Brave New Coin that EOS tokens will be used as a staking vehicle for decentralized applications (dApps) that require computational power to execute smart contracts. Rather than charge its users fees to take some action in the EOS network, EOS is designed such that bandwidth, computation, and storage capacity are allocated in proportion to the amount of EOS that is staked within an application.

Because the EOS platform is intended for businesses, the burden of providing development resources rests with the application developers. Thus, EOS token can be used as the “stake” for funding application development on the EOS network. Meanwhile, users are able to play in the EOS environment for “free” without ever having to first buy in with a cryptocurrency.

However, block.one gives no guarantees on the transferability of the EOS tokens to any EOS platform. The ERC-20 tokens are Ethereum tokens, and it’s up to the largest token holders of EOS, holding a minimum of 15% of the total issued, to approve the adoption of one or more blockchains running EOS.IO software.

“Bitcoin (Nakamoto 2008) seemed to be the word on a blockchain that promised the inspirations of both digital cash and smart contracts. Although it captured the attention of the cypherpunks, media and hodlers, it failed to make a mark on business.”

Due to their decentralized nature, blockchains require a security model for participants of a network to achieve consensus. To come to consensus is to agree on transactions executed through the protocol, deterministically and near-simultaneously.

The security mechanism behind Proof-of-Work (POW), mining in the Bitcoin environment, has become somewhat of a stigmatized service. While cryptocurrency speculation has seen certain coin prices rise over 4000% in a span of months, public sentiment toward overly profitable miners has turned sour.

As such, developers are conceptualizing ways to remove mining from the consensus equation. The direction cryptocurrency research is moving toward now is an alternative security model called Proof-of-Stake (POS), wherein wasteful expenditure of electricity to provide security can be substituted by people who hold a “stake” in the form of native blockchain tokens.

Bitcoin developer, Eric Martindale, states that “Bitcoin’s Proof-of-Work is economically neutral in that the product is purely the irreversibility of the proof, rather than working towards any particular goal other than the security of the network.” Meaning, POW decouples the work from the content it secures, whereas POS binds them together.

“POW allows for a truly permissionless ledger, “ states Purse.io CTO and Bitcoin developer, Christopher Jeffrey. “While it can be argued that POW requires external wealth to participate (in the form of mining hardware), POS requires wealth from within. The Bitcoin protocol itself does not care whether a block came from a pool, farm, or solo miner, as long as the header amounts to a valid proof-of-work. POW may inadvertently invite mining centralization via external forces, but it does not necessitate it on the protocol level. In contrast, POS requires centralization as a protocol rule.”

Proof-of-Stake is a consensus mechanism that is currently heavily conceptualized but is not readily implemented in any major protocol for practical reasons. A straight POS security model gives voting power directly in proportion to an individual or entity’s monetary capital. Imagine if the people holding the most US dollar reserves are the same individuals writing and enforcing the law of the United States.

“Proof-of-Stake makes a lot of sense for small, private networks. For public networks, the only way to prevent sybil attacks is to make people bear the burden of proof, or cost, of entry,” Martindale explains. “In Proof-of-Work, people get paid for what they do rather than what they’ve accumulated. POW incentivizes security. POS incentivizes accumulation. Therefore, the only thing that’s valuable is something that’s contributing to the ecosystem. Proof-of-Stake contributes nothing to the ecosystem. If in a POS system, you ever get more than 50% of the money, you permanently own the system because there’s no barrier to entry besides capital.”

The problem with POS, according to its critics, is that it favors those in the network with the greatest shares of the currency, and therefore are granted heavier voting power. In other words, POS blockchains are subject to censorship, or cheating, from the people with the most money. This incentivizes capital accumulation within the protocol instead of productive output, known as the “work” in Proof-of-Work protocols like in Bitcoin.

Proof-of-Stake remains a popular concept though for new protocols like EOS and Tezos since it removes extrinsic costs like mining hardware. This makes it much less expensive than in Proof-of-Work to bootstrap a new distributed network that needs to somehow achieve consensus among the network’s participants.

“The networks of BitShares and Steem have been incredibly robust for several years and have not actually suffered any hypothetical attacks. I am confident that I can defend the claim that DPOS is the most decentralized by any measure.”

Delegated Proof of Stake (DPOS) is a consensus mechanism that was conceived in 2013. Variations of DPOS have been introduced in BitShares, Steem, Tezos, Crypti, Peerplays, and Ark.io. Now that EOS is seizing a sizeable share of the cryptocurrency market, this growing honeypot running on the DPOS concept will inevitably attract battle testing of its resiliency against censorship.

Modeled after traditional democratic convention, Delegated POS uses approval voting to elect known “delegates” and charge them with the duty of securing the blockchain. Since their identities are known, block validators are subject to bribery or can otherwise collude to censor transactions. To mitigate bribing attacks, bad actors who are caught censoring transactions are voted out by stakeholders.

Block reward is based on a negotiated amount between the block validators and the stakeholders up to a maximum of 5% of the market capitalization per year. If delegates ask for too much reward, they are voted out by stakeholders. Being voted out from a delegate position and losing future block reward payouts is the opportunity cost against incentivizing delegates from taking bribes, and thus prevents attackers from gaming the system.

There are 21 seats for delegates, or block validators, in the EOS protocol who will act as the “miners,” creating blocks in three second intervals. Having 21 people hold seats as delegates is a deliberate decision.

Drawing on the lessons learned from BitShares, Dan Larimer told Brave New Coin, “You require a ⅔ majority to have an honest system. Originally BitShares started with 100. There’s not enough oversight of who those 100 people are because there’s not enough bandwidth of voters’ attention to decide. Bringing it down to 21 reduces the cost of the system. The network has to pay each person that runs a full node.”

In Bitcoin, “there are 10 mining pools, of which only 6 or less participate in the confirmation of any individual transaction. On Steem and EOS, there are 21 unique individuals who participate in the validation of every transaction, or 15 out of 21 compared to 4 out of 6 for Bitcoin. So 20 is more than twice the amount of decentralization of the mining pools of other networks,” Larimer explained. “There are a lot of protections.”

One of those protections is a concept termed Transactions-as-Proof-of-Stake, or TAPOS. Larimer called TAPOS “the end of mining.” How it works is, each transaction contains the hash pointer to the most recent block at the time it was signed. A transaction is invalid if that hash pointer is not present in any fork of the chain. Because of TAPOS, it helps mitigate the risk of chain reorganizations. Meaning, this prevents a valid transaction you make from being discarded.

According to Larimer, “It’s very unusual for there to be a fork or a reorganization because the block producers are cooperating. Operationally, they need to cooperate with their peers or they’re voted out.”