investoranalysis (43)in #cryptocurrency • 2 years ago (edited) 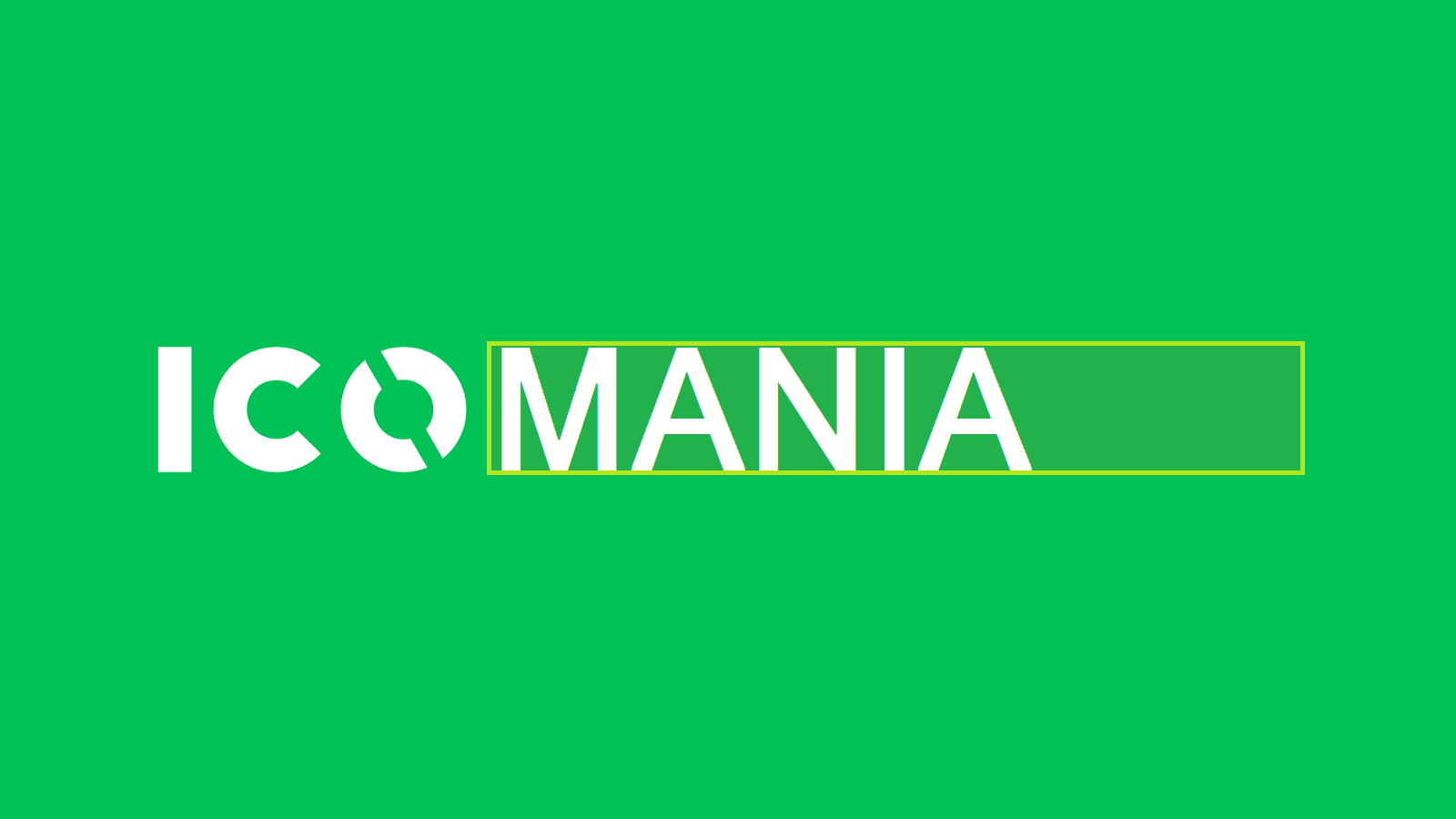 If you have taken a look at ICO Alert at all, you will understand that there are a boatload of Initial Coin Offerings (ICO) going on and coming up. I'm talking multiple new ICOs a day, which doesn't include ongoing ones. As of September 13th, there are 110 ICOs left that are launching in September alone. There are also currently 210 ongoing ICOs per ICO Alert. Let that sink in for a second. That means out of 17 days left in September, there will be on average 6 new ICOs a day. That is unfathomable, and you wonder why Venture Capital is being killed by this model of fund raising. ICOs year to date have raised over $1.7 billion (this statistic keeps growing everyday) from January through early September. In July alone, ICOs raised just over 300 million, while venture capital and early stage funding raised over $200 million. The disruption is here and happening right in front of our eyes. That brings up the question, how many of these ICOs are legitimate projects and which ones are scams. Because I can tell you out of the 1000 plus digital currencies and assets, there are going to be more than a few that never come to fruition. People are literally writing a white paper, setting up websites, and getting "well known advisors" with lots of experience in their respective fields to sell you their tokens. Charlie Lee, the founder of Litecoin summed it up perfectly in his recent tweet: 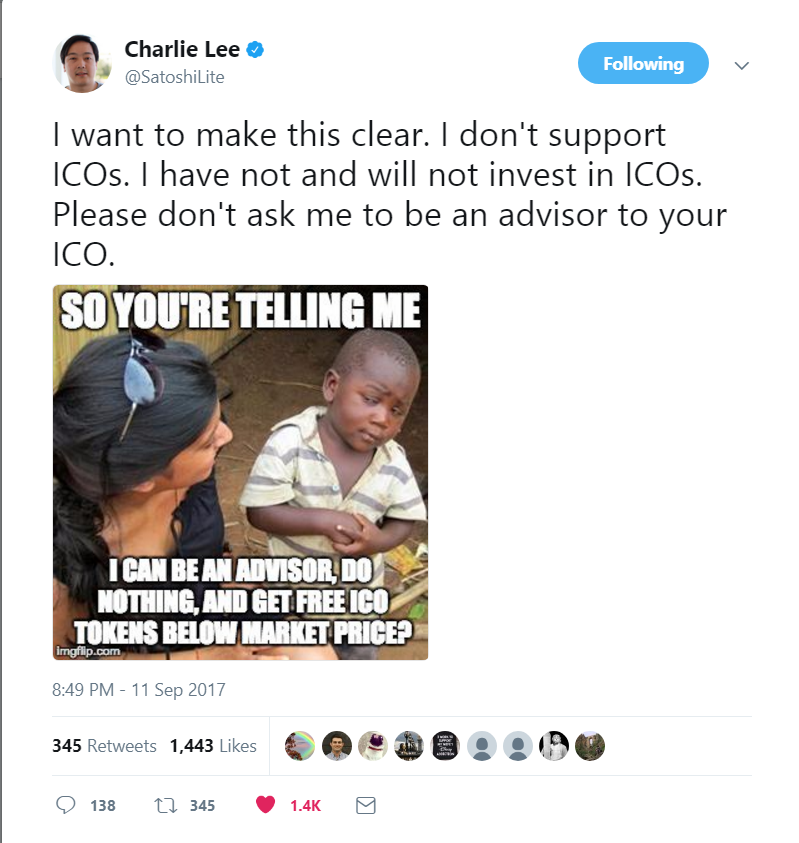 So you're telling me I can be an advisor, do nothing, and get free ICO tokens below market price?

Yes, you can. That is what is currently going on. Some of these projects are absolutely ludicrous. Current process to writing an ICO whitepaper via David Gerard:

"To write an ICO white paper, you must: 1. State a problem. 2. Assert that ERC-20 tokens on the Ethereum blockchain will solve it. I don’t think there are any other steps."

In David's article link, he discusses the ICO of the Day:

Yes, this is really a thing, it's called Synthorn. Below is a picture of the first page of their whitepaper. Sythhorn's white paper is only five pages long, if you want to go check it out. Now this is obviously an extreme example of what is currently happening with ICOs, but people need to understand that blockchain technology is still very immature and has it's limitations.

Charlie Lee is not the only big name in cryptocurrency calling out ICOs, James Prestwich, former COO of Storj, a decentralized storage project. For the past few months he has tweeting whitepaper ideas and how they have gotten so out of hand. Below is a picture of a string of tweets of his on whitepaper ideas. 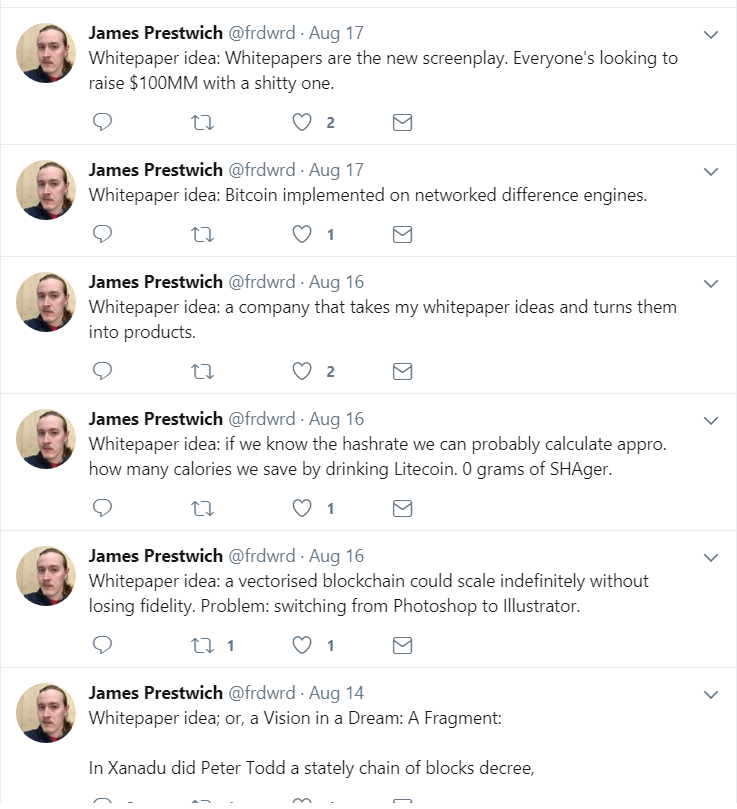 I was able to contact James via LinkedIn and he gave me a quote on the current ICO state:

"Compared to Synthorn and Bananacoin, some of my "ideas" are pretty reasonable. The market is young, and will learn how to spot garbage as it matures. The window for ICOs is closing fast."

He takes it to the extreme, but in reality, some of the ideas people are applying to blockchain are just absurd. Just go to ICO Alert, all of the ICOs have a brief summary of what they are. Open Longevity Project is one of the current ICOs. It's goal is to initiate, organize, and guarantee the clinical trials of anti-aging therapies. This is a classic example of what David Gerard stated earlier; (1) find a problem, (2) apply an ERC-20 token to solve that problem. As you can see, ICO ideas are getting out of hand.

As I've noted before, celeberties have started to "promote" ICOs. Floyd Mayweather promoted two ICOs, Stox.com and Hubii Network. Stox.com ended up raising $33 million worth of ether and who knows how much of a discount Floyd got those coins for promoting it. This was also at the height of the Mayweather vs. McGregor fight, so Floyd had eyes all over him, since it was one of the most watched fights ever. Even The Game is promoting an ICO, Paragon Coin, a coin that is trying to revolutionize the cannabis industry.

If you thought it couldn't get any worse, it did. Paris Hilton decided to promote Lydian Coin, "the first A.I. big data marketing cloud for the blockchain." The question one must ask is, how much longer can this insanity continue. Our friend John Maynard Keynes adds his two cents:

“The market can stay irrational longer than you can stay solvent.”

We saw this same irrationality during the dot.com bubble in the 1990's. On December 5th, 1996 Alan Greenspan warns of "irrational exuberance" around the tech companies that were raising millions simply because they were a "dot.com". It wasn't till March 2000 that we would see the Nasdaq Composite Index begin to tumble. Greenspan is the former Federal Reserve Chairman from 1987-2006.

So the lesson today is if you are going to invest in high risk investments (cryptocurrency), do your due diligence. A lot of ICOs don't even have a business plan. The best way to research these investments is know as much as you can about that ICO (read the whitepaper, check the website out, etc.), their team and advisors. Many ICOs will have community channels like Telegram, Slack, Reddit, and Discord. These are great places to connect with team and community members to learn more about the project. It is generally a bad sign if an ICO (or cryptocurrency) doesn't have active participation from the team itself among it's community members. Transparency is another thing to look for on ICOs. Since there are no rules and regulations among crypto, you are out on your own, it's the Wild West. So it is up to you to protect yourself against scams and fraud.

I want to make this clear. I don't support ICOs. I have not and will not invest in ICOs. Please don't ask me to be… twitter.com/i/web/status/9…