The Idiocy of the Crowd, and the Danger of Banking on it….

hisnameisolllie (68)in #cryptocurrency • 4 years ago

After spending the last 3 years immersed in the World of Cryptocurrency, One thing has become clear… Wisdom of the Crowd is a Fallacy! 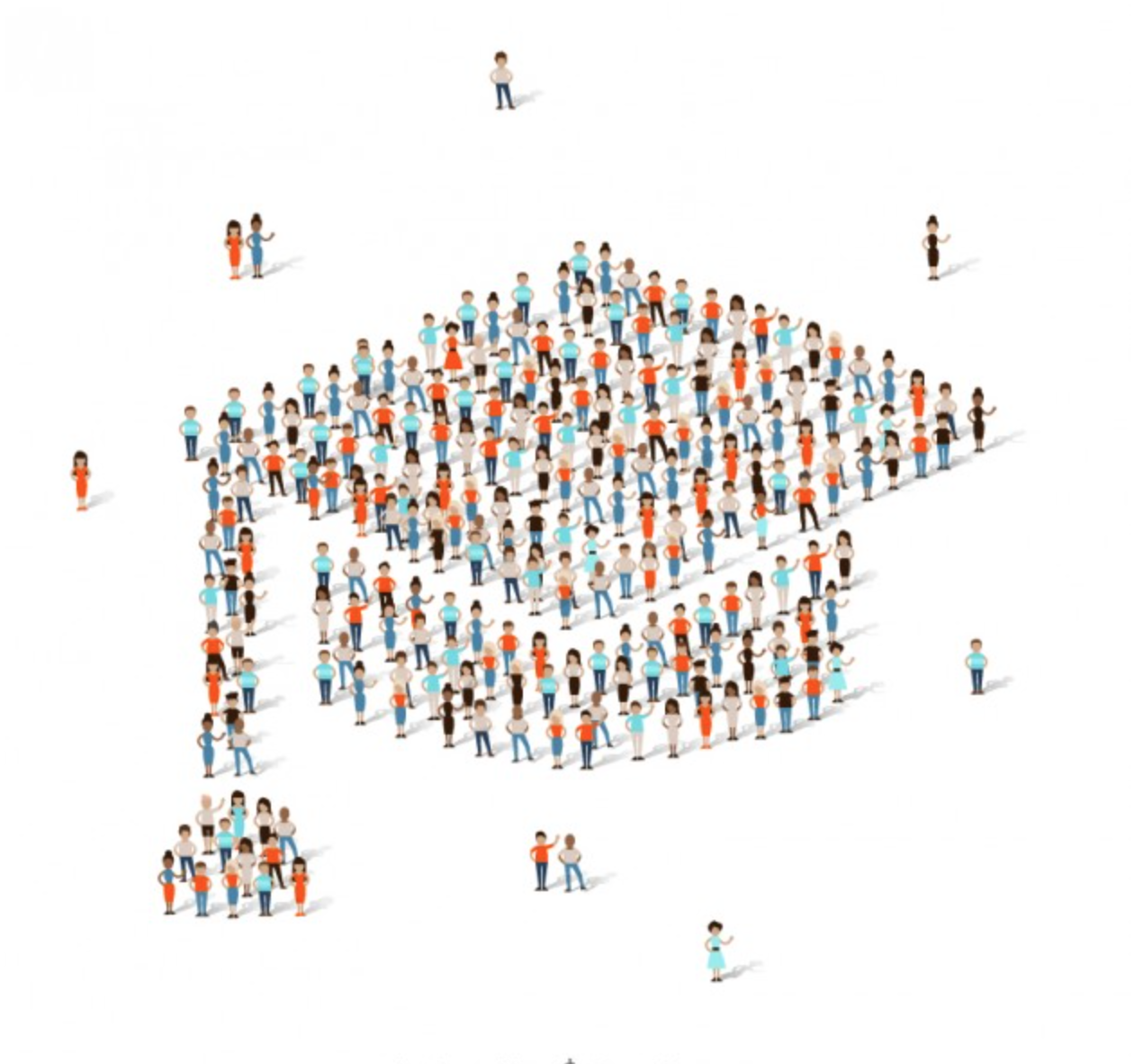 It is a beautiful concept. The idea that no single expert is more powerful, or intelligent than the crowd.

The idea that large groups of people are collectively smarter than even individual experts when it comes to problem solving, decision making, innovating and predicting. Investopedia

When applying this concept to Cryptocurrency Markets, the theory goes that, the larger and more diverse the crowd is, the more efficiently priced assets within the cryptocurrency sphere will become.

Well, let’s take a look at what is going on in the world of Cryptocurrency…

GNOSIS
This is a very easy place to start. The reverse dutch auction for Gnosis prayed upon the human nature flaw of FOMO (fear of missing out). While the project is very reputable, with Joe Lubin of ConsenSys as a board member, and Vitalik Butrin as an adviser, Crowdsale participants brought in at an imputed $300m Valuation. It’s hard to put a price on a project with no working prototype, no users and no revenue, but let me have a go… In the real world, Gnosis would probably be worth the value of their Ethereum holdings, plus a premium of less than 100% (so, less than 10% of the value that participants paid).

Now if you participated, and you have had enough of being referred to as an idiot, please bear with me. I myself took part in this Crowdsale with fully knowledge of the structure, and idiocy of the valuation.

Banking on Idiocy
I spend my days as a Futures Trader, essentially Trading (..Betting) the future price of a range of commodities. For me, Game Theory is the most important consideration for a financial market traders. Trying to predict what other people will do is far more valuable than trying to predict what will happen to the price of an underlying asset. I spend my days thinking about, what positions the ’Weak Hands’ in the market have, and try to position myself to profit from their misgivings.

Now, I also spend 1-2 hours per day researching and trading cryptocurrency, but recently the most important consideration has become…

Where is the future idiocy?
My investment in Gnosis was banking purely on idiocy. I did the same is Blockchain Capital, which traded 300% higher than ICO price (and NAV), when the fund held 95% cash, and it’s sister funds are barley returning 20% per annum. There really could not be more proof of an ICO and Alt-coin bubble, than the actions of people like myself, in this sector.

Interestingly, I believe the cryptocurrency community is filled individuals of higher than average intellect… which brings me back around to the idiocy of the crowd… How can a group of intelligent individuals, make such bad collective decisions?

Lack of Diversity
The Alt-coin/ICO Bubble will burst, however I believe we have some way to go… The problem is, the market is in agreement, and we lack diversity in actions, and beliefs which are driving crazy valuations. We are in the realm of a self fulfilling prophesy. Everyone expects the market to go up, everyone buys, less people sell, the markets naturally go up.

Just like in Tulip Mania, one day in the not to distant future, no buyers will turn up, and on that day there will Blood on the Blockchain.

My Prediction
My feeling is that, Bitcoin and Ethereum still look cheap (in relative terms). These 2 projects will be the big winners if the market rebalances, and we will see projects like Gnosis, NEM, Augur, Ripple, Stellar, Bytecoin, Siacoin and many more lose 75%+ of their current value. We will see big inflows into Bitcoin especially, which should propel Bitcoin quickly towards $3,000, as in terms of usage, Bitcoin and Ethereum are in a league of their own, and can back up current valuations. My time horizon is sometime in the next 12 months.

I read through your entire post, and as a newbie to all of this, I find myself eager to understand and frustrated at having to google search basic terms. Yet your interesting thoughts about the idiocy of the crowd, and predicting crowd behavior is insightful for me, as im still trying to put a clear picture on this whole new world of cryptocurrency. As I learn more I start to feel we are at the beginning of some major shift that will go down in history right now, that this cryptocurrency is gonna change absolutely everything. The angst of the crowd hasnt come close in my opinion to hitting its max, there are still a lot of people out there who have no clue what any of this is yet. I think we are in a long stretch phase of growth that will be overall consistent for both bitcoin and ethereum and I think even steem, as steemit will be the easiest way for people to earn and also beg to understand, steemit has become a major teaching tool for cryptocurrency, and blockchain. For this reason, I think it is unique enough from the others to really rise to path all of its own, or I should say be the beginning of a branch out to other similar platforms. Steem has put some emotion over the crowd and be it foolish or driven by our human urge to manifest , passion is very powerful, mixing that passion with a changing economic system and cryptocurrency is a recipe for great things. I think its very possible to see bitcoin and ethereum go to incredible heights, I hear people talking about 10000 100000 and I actually think its possible and thats whats crazy, that fact that it feels possible, and then a driving passionate crowd behind it trying to manifest it. WOW what are we in for?? this is just the beginning still ;)

Hi there, its been a while. Its nice to see you posting again.

Thanks @juvyjabian It's an interesting time to be involved in Cryptocurrency. Thought this was the best platform to open a dialog on some of the potential issues we face. Good to hear from you

Finally, real market cap GNO equalled REP - similar project, also without working product, but with high promises. So, wisdom of crowd exist, LOL!
Buterin warned about this possibility and proposed to start auction from incredible high prices, to stretch it in time, i don't know, why nobody listened
In general, I liked answer of MakerDAO's developer on Reddit (it's @kennyrowe, he's here too) on question, what happened with Tether peg:
Pegs are only as good as people think they are. If (for whatever reason) people don't think the peg is or will work, then it doesn't. This is why they are so difficult to maintain, because people are fickle things that change their minds often and for unclear reasons.

What happened to Tether? It was a peg and pegs break.

once again a variation of the monkeysphere. Once the number of people exceed dunbars number they get more stupid...not less.

Ripple always felt wrong to me. Peerplays felt like an amazing opportunity, while mobilego (similer concept, betting vs. mobile gaming) struck me as a pump and dump. I'm optimistic about Nexus and Ethereum (Bitcoin itself isn't going to go anywhere without someone fucking up massively) but I don't trust dash.

I think the only crypto I've been proven very wrong about was feathercoin. Years back.

Very good blog. I was about to start a similair discussion. The crypto space brings the biggest group of uneducated investors with it. This group will only grow. I was researching a way to do better investment analysis on the current cryptos. I really advice people to take a look at: https://www.coincheckup.com Amazing opportunities came to light when I started using this coins to analyze cryptos.