heiditravels (73)in #cryptocurrency • 3 years ago 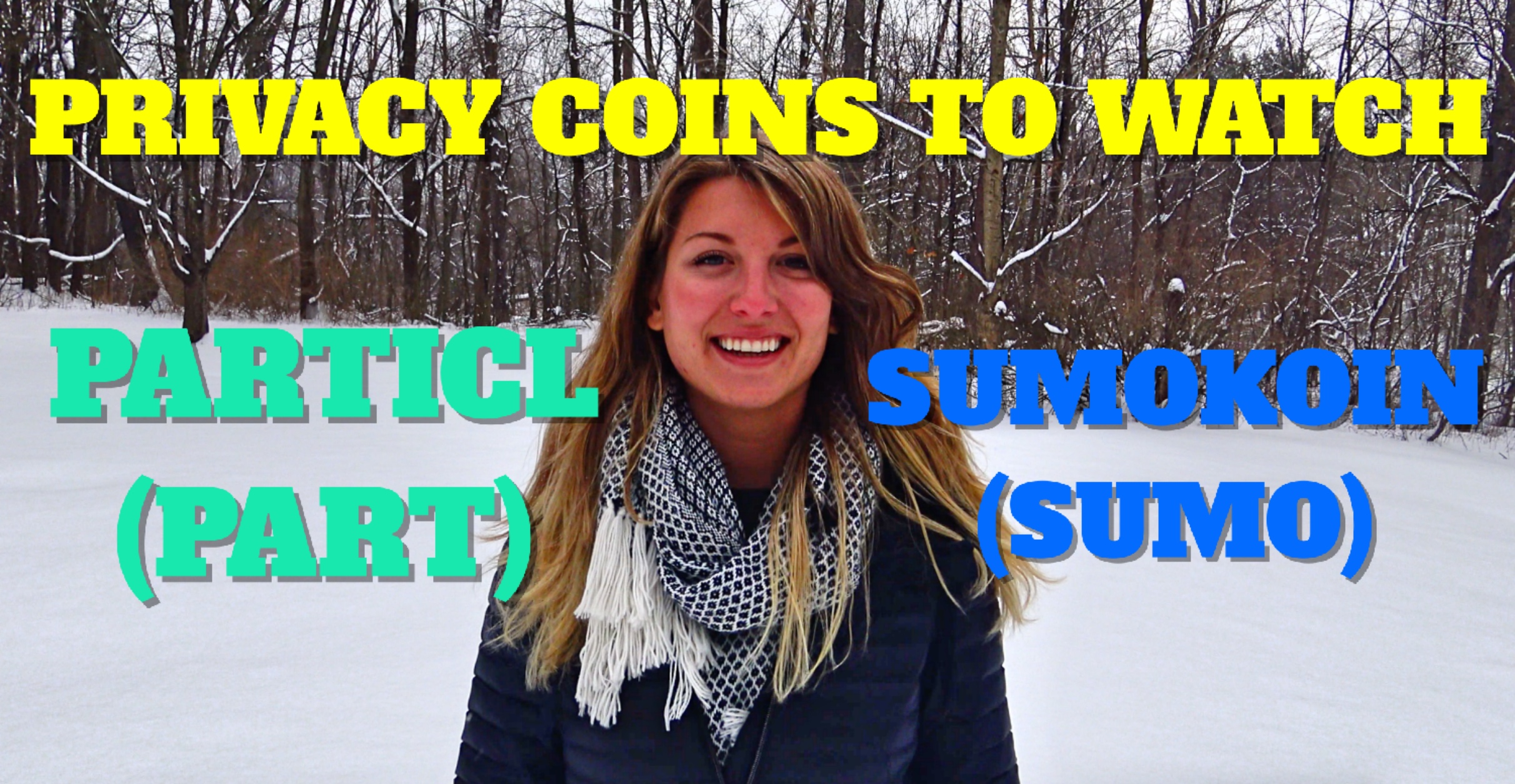 The coins I’m covering today are designed to address the privacy shortcomings of Bitcoin currently. One is proof of stake and the other is proof of work.

Let’s take a look at Particl and Sumokoin.

Let’s take a look at Particl.

It stems from the ShadowProject which also was a privacy focused cryptocurrency.
The ShadowProject team shifted to Particl in March of 2017 so they could pursue better branding and funding.

Since Particl is the result of the ShadowProject or ShadowCash team moving forward with a new brand and ultimately an entirely new blockchain, they arranged for holders of SDC to be able to swap their coins for PART and also purchase additional PART at a discount with BTC. This is how they gained enough funding for their operations for one year.

So Particl has plans to be more than just a privacy coin. But before we get into that, let’s learn how they achieve private transactions. They use RingCT which stands for Ring Confidential Transactions and means that when you take part in a transaction multiple addresses are used in a way that determining which address is actually yours is very difficult.

With this new blockchain and cryptocurrency Particl is also going to be a way to conduct private messaging via the BitMessage Protocol. But the real utility of Particl will be seen with the development of its marketplace.
The Particl blockchain was designed so that every transaction will utilize Segregated Witness and for the sake of frictionless usability of their marketplace it also has atomic swap capabilities so users can make purchases with other cryptocurrencies.
To motivate users to hold their native coin PART, Particl is also POS with staking rewards. They also offer cold staking as well.

And if you’re a fan of Charlie Shrem (@charlieshrem), the man who is very involved in this space and has been an advocate for Bitcoin since day one. He even paid the price and did his time for the sake of Bitcoin. He was recently added as an advisor for this project.

The marketplace phase of this project is set for its Alpha release for this quarter, and the Beta will follow after another round of funding. So Let’s be sure to keep an eye out for these announcements and see how the platform performs.

According to their blog, Sumokoin is a fork of Monero.

As such, they also use RingCT much like many of the other privacy coins available but Sumokoin has implemented a higher default number for the ring signatures to increase anonymity.
Also their privacy features are default for everyone.

Sumokoin uses Proof of Work and they’ve designed their block reward and coin distribution to resemble familiar commodities like oil.
They’ve designed this so that as more people join the network and mine the coin, the number of coins that will be available will also increase. Compare this to let’s say how Bitcoin is designed and you can see how this has the potential to prevent early miners from accruing a majority of the coins and may ensure a more even distribution of coins.

Take a look at this one for yourself and see what you think. If you’re interesting in possibly mining this coin I’ve included a link to a calculator that can show you how the profitability looks.

This is an awesome idea, making real sense

A very good effort ,your articles are very useful.

Oh my this video was a lot to take in at once without a note pad. Alright so Particl is essentially amazon but with crypto instead of USD. Now I don't have much knowledge on forks I know Monero is huge but Sumokoin and mining do you think sumokoin will be huge? You talked more about Particl so it seems that the better of the two

Thanks for continuing this series, Heidi!
Very informative!
Cu,
Chris aka smallstepschange

This has been helpful. Thank you.
Never heard of Sumokoin until now, sounds promising. Didn't know Charlie Shrem was on here, this is great. I came across him when I looked into Viberate , where he is also involved and I am currently researching.

Have you considered looking into Byteball ? It's a DAG based crypto and it has both transparent as well as private coins with regular GBytes and untraceable Blackbytes. I would like to see a review from you on Byteball.

good day, pay attention to my account, I pay a fee for your votes from 50 to 70 % of the program sbdgiveaway, I will be glad to meet and communicate further)))

what I love most about watching your videos, besides cryptocurrency news, are the great locations you choose

very good post.
But what is the coin or solution to avoid tax scam from our government?

But how much can you trust in coins like these which are far from the top 100?

Nice work @heiditravele. I will keep my eyes on the coins.

Always good to hear about Crypto's from @heiditravels. Enjoy your trip to Mexico and I bet Jeff Berwick and you can do an interview again.

Not going to make it to his conference this year unfortunately, maybe next year I’ll be able to attend my first Anarchapulco event :)

Thank You Heidi I just took it for granted that you were going to be there. I would like to go next year for the First time myself.

Thanks for this educative crypto post. Now can gladly say i know abot Monero's kids. :)

Personally I like POS coin... with privacy feature, it is even better! Thanks for introducing Particl... will take a deeper look on it! all the best!

Nice, informative video - that was awesome!Never heard of these 2 and I don't think I'm interested in them, but it was great to hear a thoughtful summary about them.

Congratulations @heiditravels, this post is the tenth most rewarded post (based on pending payouts) in the last 12 hours written by a Superhero or Legend account holder (accounts hold greater than 100 Mega Vests). The total number of posts by Superhero and Legend account holders during this period was 33 and the total pending payments to posts in these categories was $2190.89. To see the full list of highest paid posts across all accounts categories, click here.

Oh no, the temperature here in Berlin just dropped another 3 degree Celsius when I noticed that Heidi is no longer travelling in sunny areas :(

Thanks for the video though!

Nice article @heiditravels. But these private coin will be the next level for every users in cryptocurrency. Thanks for sharing.

You explain everything in a way that I can understand. Love it! I didn't know much about Particl or Sumokoin. Thank you for sharing your knowledge with us, Heidi.

Thanks, but no thanks. Enjoy your efforts nevertheless.

Very well written and organized article. I like having the transcript also, so if I'm somewhere that I can't listen, I can read it. I think these privacy coins will be the next level in cryptocurrency.

Since it's a fork of Monero, do you know if there will be a Sumokoin airdrop to XMR holders​ at some point, much like MoneroV has said it will do on the 14th of March 2018?

Another awesome post Heidi! Stay warm out there! UPVOTED 100%!!!!