Waves is The Fastest Blockchain According to Forbes

headsink (52)in #cryptocurrency • 3 years ago (edited)

Waves was claimed as the "fastest decentralized blockchain" platform in the world in a Forbes article. Thats a claim I really can't independently verify because Waves Block Explorers like http://wavesexplorer.com/ and http://wavesgo.com/ needs a manual refresh. While Bitshare's Cryptofresh Block Explorer refreshes at an almost real-time rate. So independently I can verify that Bitshares is currently the fastest cryptocurrency to date.

Even the data provided by Forbes looks sketchy which included a coin ranked below the 200 ranks like HEAT which I only found out after a google search. Took me some time because most result was on the late actor Heath Ledger. Not to forget that STEEM is DPOS not POW:

The stark error with the data above made the data from the official Bitshares' Twitter account looks more legit:

According to the same Forbes article, Waves was based on Bitcoin-NG proposal:

“Waves-NG”, a next-generation technology and consensus algorithm designed and based on the Bitcoin-NG proposal made by Cornell Computer Science academics Emin Gün Sirer and Ittay Eyal.

So I checked out Emin Gün Sirer's official Twitter account and discovered that Waves was fast as claimed:

I do realized a bias within the Waves and Bitshares camp with the speed of both blockchain. Personally I can't decide when both can do transaction maybe as fast as Visa which was 1,600 to 56,000 (source).

Waves current have double the marketcap of Bitshares which was 64,176 BTC. Personally I think Waves DEX GUI looks more attractive compared to openledgers. But Waves DEX only gives me a candle graph of a 30 minutes intervals which turns me off.

Another factor which becomes a factor within cryptocurrency is decentralization. Bitshares and STEEM wins compared to any cryptocurrencies. 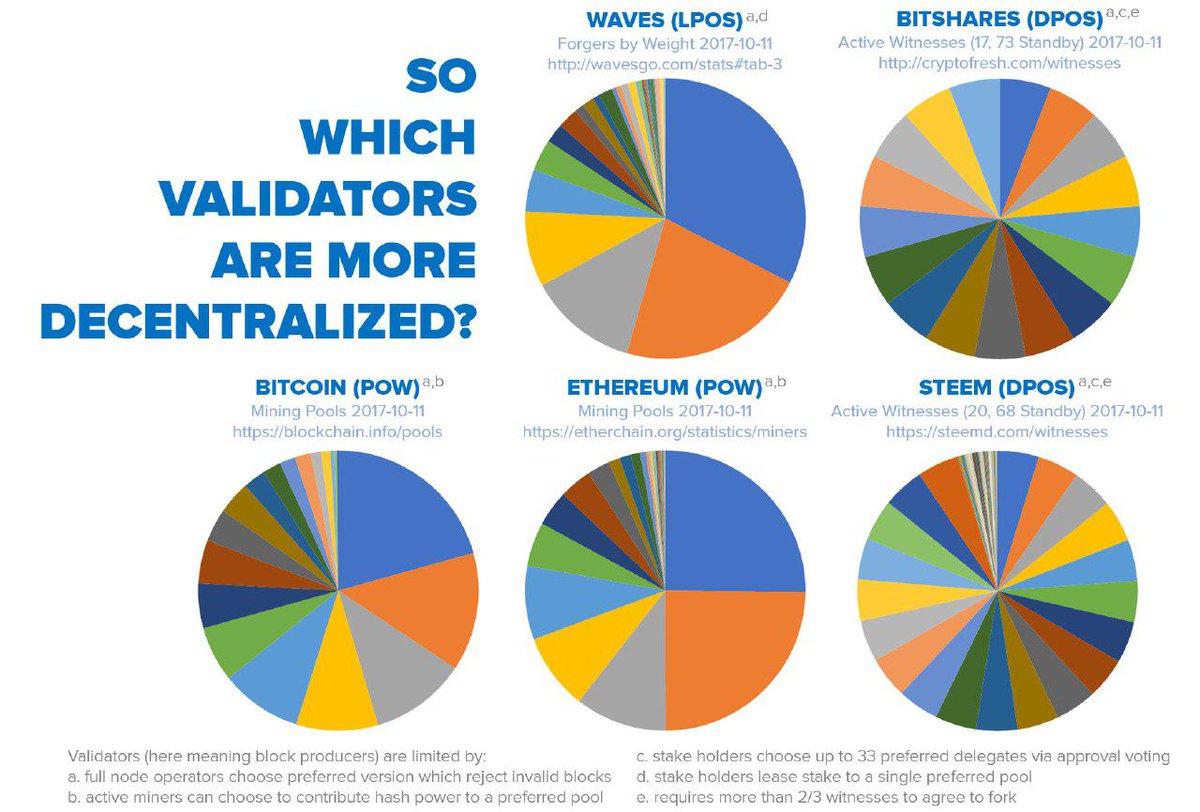 In the end I can't quite verify the exact speed of Waves compared to Bitshares so I need to compare decentralization factor and the GUI attractiveness. I'm divided with both Waves and Bitshares, so I'm just going to go for both. Hopefully Openledger can look better and Waves doesn't look too static.

Not to forget, don't trust Forbes too much or even me. Do your own research.

Thank you for this interesting post! I keep waiting for Waves to take off “to the moon”! Trying to keep the faith here!

Wish all alt-coin go to the moon except ponzi coins.

steem is DPOS and now POW as in your chats =) ... yea Waves transaction is pretty fast , not far apart from Waves. I guess who has more transactions per day that counts .

Which one can beat visa that will count soon.

Congratulations @headsink! You have completed some achievement on Steemit and have been rewarded with new badge(s) :