I was just trying to send a $10 transaction from my Coinbase account to someone and came to know that BTC transaction fee's has soared to a record high.

Can you even imagine paying 4.97 USD for a 10 dollar transaction? That's ridiculous.

And what's worse is that there aren't many pending transaction in the mempool It this time it only stands at 25120 which is comparatively very low as per we have seen in the past days. 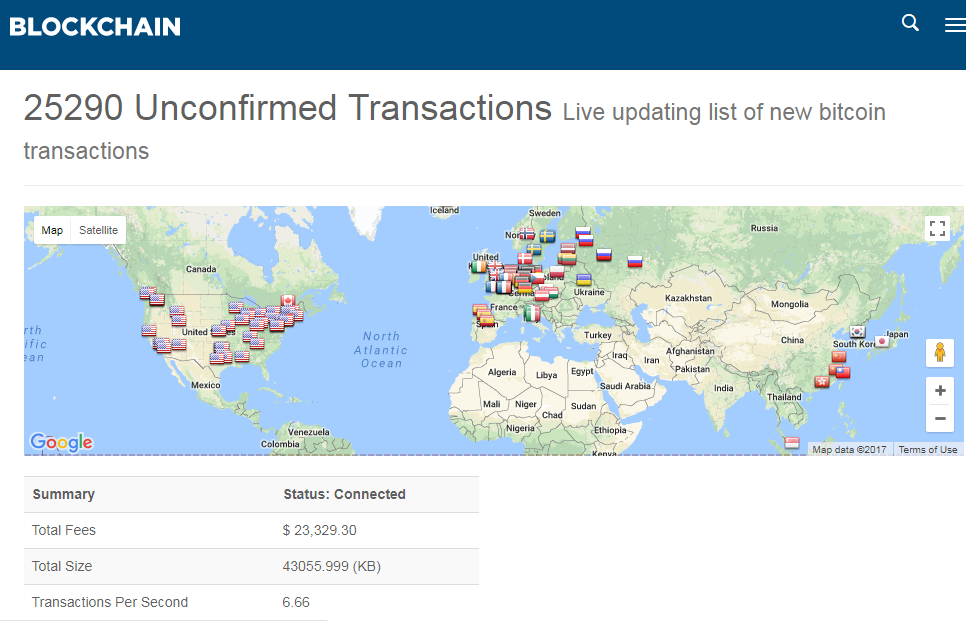 Earlier the fee's used to rise whenever there were extra load on the network. But this time the load is less than usual. Pending transaction in the mempool when below 50,000 is usually considered normal and does not affect much prices.

This time, while the transaction load isn't much but the BTC prices are on record high. Which is probably the reason for high fees. And it's a big concern.

Imagine shopping with a 4.97 USD fee's? These huge fee's will probably make Bitcoin limited to only investment and large payments (already the case). Nobody would want to shop with Bitcoin and as long as that's a concern, forget about Bitcoin into mainstream. Though, it will remain an investment instrument for long.

I hope that SegWit solves the issue but it's still too early to say anything. img credz: pixabay.com
Nice, you got a 63.0% @traderwhale upgoat, thanks to @ghayas
Want a boost? Minnowbooster's got your back!

The @OriginalWorks bot has determined this post by @ghayas to be original material and upvoted(1.5%) it!

You are right, there fees are too high, but how can I avoid small transactions when I don't have money for big transactions? :))

That's another question but can be solved. You could make an exchange from btc to any other altcoin such as Ripple or steem and then make a transfer unless of course you specifically need BTC and using a wallet.

With coinbase, of course that's not possible.

Thanks, it is still good then!

It is good. But for BTC to go mainstream as currency, high fees are harmful.

I think it will work itself out, to spread adoption.

I realized this the other day I was trying to send a 10$ btc transaction,ended up sending eth because of its much lower fees

Congratulations! This post has been upvoted from the communal account, @minnowsupport, by ghayas from the Minnow Support Project. It's a witness project run by aggroed, ausbitbank, teamsteem, theprophet0, someguy123, neoxian, followbtcnews/crimsonclad, and netuoso. The goal is to help Steemit grow by supporting Minnows and creating a social network. Please find us in the Peace, Abundance, and Liberty Network (PALnet) Discord Channel. It's a completely public and open space to all members of the Steemit community who voluntarily choose to be there.

Congratulations @ghayas! You have completed some achievement on Steemit and have been rewarded with new badge(s) :