Crypto Whales and How they Manipulate the price

endpoint (39)in #cryptocurrency • 5 years ago (edited) 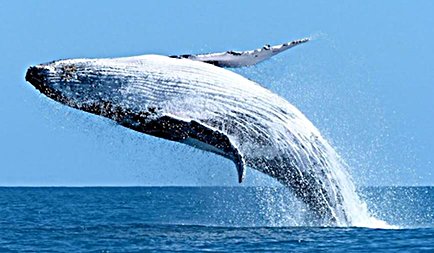 When you see a huge drop in a coins price, people will sometimes blame it on whales that are dumping on the market. Whales are people or possibly a group of people working together to hold a large percentage of that coin and can use this to their advantage to manipulate the price of a coin to the desired price. Typically when this occurs "weak hands" will start panic selling so they can buy back into the coin at a cheaper price. Not always does his tacit work in the whales favor.

If you been in the crypto world for awhile now i am sure you have heard of the term "Whale". The whale is the biggest creature in the ocean and for the most part can over power just about any other fish, so in crypto we refer to people or groups that have a large percent of a coins volume a whale. Coins that have a smaller total volume are a lot easier for a potential whale to manipulate. Whales will use a tactic called rinse and repeat, this method can be extremely profitable to a whale if timed right. The holder with a large percentage of that coins volume starts selling off lower then the market rate, which in turn causes people to start panic selling. Then the whale will watch and re-buy back in when the price of the coin reaches a new low. Then just repeats this process accumulating more wealth, more coins, and more control over that coin. 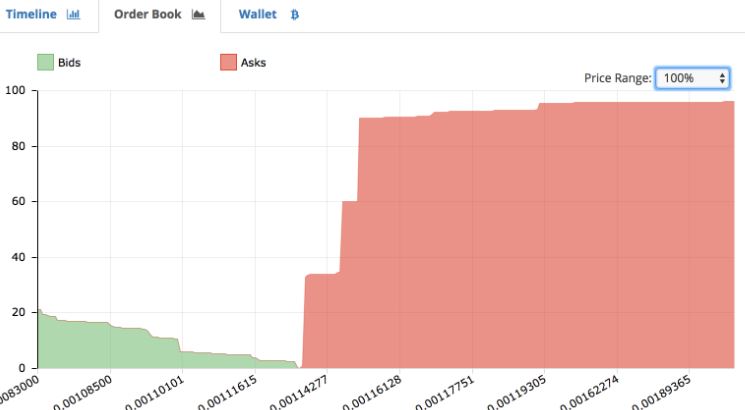 Another way a whale can manipulate the price is by using buy and sell walls. If the coin drops people will generally start to buy in at a lower price and sell when it reaches a higher price. Makes sense. A whale has to have the actual funds to create the walls on the exchange. They can stack up either buy or sell walls and watch the price when it hits exactly where they want it then BOOM the wall disappears because they have canceled that large buy or sell order. There are actual real huge buy and sell walls that are not manipulated by whales. So you have to be careful, Don't get dumped on Whales don't always buy coins the traditional way through exchanges they can use Over the Counter Trading or Dark pools. This way they can buy vast amounts of a coin (if available) without it being noticed by the public eye. If you are a potential Whale you don't want the general public to notice your very large buy order all at one time. This would send signals to others that its getting ready to be manipulated. The great whale of 2014 caused an event where a massive liquidation of bitcoin where sold at 300 dollars a piece. Which was a supply of 30,000 bitcoins totaling 9 million dollars. People assumed this was going to crash the entire crypto market at the time, but to many people's surprise the buyers ripped right through the sell orders and the coin rose to $375 dollars.

Here is a picture of the massive sell of

So remember if you bought into a quality coin and believe in its community and tech, don't let weak hands deter you from staying in the game. Thousands of people have lost millions of dollars because of panic selling. If you get involved playing with a whale and your trying to make huge gains this picture related will be the only lambo you will have Just HODL on those coins and dont let weak hands sell it. LAMBO on the way haha

I woke up this morning and first thing i did was look in my driveway, still no lambo yet :(

Well it will get there someday, just HODL haha

The lambo will come asap :) , would you like to join our vincentb community ? add it as a tag in contribution u will have to watch to upvote for community post, kinda sharingupvote , hodl for life !

Is it fair to say the bigger the industry’s market cap grows it will become much harder these kinds of manipulations and will become more and more stable?

Gettin' funny when the MICE MOON Wall of 1 is bought away ;)

Where is my NovaXchange Referral Link

Although my previous comments somehow dissappeared, I won't do the same to Ur article in #Ethereum #Public #Facebook #Group Bcause I like IT! ;) <3

Congratulations @endpoint! You have completed some achievement on Steemit and have been rewarded with new badge(s) :

very informative for me atleast...

Thanks ishah glad you liked it, have a great weekend

Congratulations @endpoint! You have completed some achievement on Steemit and have been rewarded with new badge(s) :

Great article, thanks for sharing. Hope you get your lambo s00n!

The Best way and the most reliable one - find the gems (fundamentally strong projects which have strong team, a product in the mind to solve an important issue with high utility value). Ideally, it should have a reasonably deep moat vs. competitors. This is the recipie for success! Earlier or later the market will recongize the value of the project and will award you with immence profits. Real life example, RLC token (iExec) >+100% today! This pick was included in our portfolio yesterday and published here https://steemit.com/crypto/@p2port.com/crypto-portfolio-high-quality-crypto-assets-for-long-term-growth-created-on-11-january-2018

Great write up. Wondering if you suffer from blockfolio addiction too? - https://steemit.com/cryptocurrency/@cryptocoinclub/confessions-of-a-blockfolio-addict I just discovered this piece after writing one of my own and doing "hindsight" research! You might enjoy reading/critiquing it! Do BTC Whales Really Control Bitcoin's Price Movement?

Hmm, not so "decentralized" ha?

Found this article on twitter and feel it is one of the best I've read on whales and helps me understand the crypto thing a bit better; thanks for this...

IMHO I think the Rockerfellas, Rothschilds, Soros and other wealthy powerful elitist are way more involved then we think! as for btc whales, the powers that be are obviously turning a blind eye, keeping prices within range of institutional investors.... seems like the btc whales are doing the "crypto illuminati" a favor, by manipulating a market that they really dont know much too much about... and the elites are allowing it cuz it seems to benefit them in ways we cant even fathom>>>>> just sayen!

History has shown that these elites have manipulated markets before! in fact back in the dayz, its how they made there wealth>>>>> besides, bootlegging, murdering, drug dealing, racketeering, embezzling etc. smh!

I was looking around for posts/articles on manipulation by these groups and saw your comment. Yep.

don't panic sell instead hodl it for a long time.

HODL is the only way out of the traditional banking system.