What if the tail becomes the head with crypto currency

dawitnet (40)in #cryptocurrency • 5 years ago (edited) 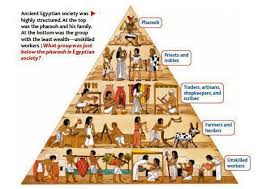 Pyramid form of structures describes many societal structures in the human endeavour. The knowledge and wisdom pyramid is a perfect example. Where, data is at the bottom of the pyramid. And when data becomes organized it becomes information. And when information is used to solve some problem it becomes knowledge. When many sects of information are used to form disciplines in knowledge the person with much knowledge becomes wisdom zed. Some religious scholars add enlightenment to the list above wisdom.

The social pyramid exists back in the days of the Egyptian era. As you may observe in the picture the social pyramid was structured based on skill of the society. The less skill you have in those days you will be most likely at the bottom of the hierarchy. So the knowledge pyramid of the information age and the ancient age go to identical scenario of knowledge base and information. The social class structure is similar in the form but the pyramid forming variable adds some more ingredients to it. Fortunately information is much more important in this modern era than knowledge. Because information the best nurturing ingredient to facilitate the growth of the added variable. This mysterious variable is called money possession. The more information you have about how to make money the more you appear to the top of the pyramid. Where, how and when to get information?
As you may observe a lot information overload is congested these days. The answer to the reason might be simple; it might be ‘because information is money’. Information might be a rare commodity in the old days few people have it but the people who have possession of it are mostly already wealthy. Undeniable reason for it is because information uses to be expensive. So in order to have it is used to demand more investment.
But what about now, Is information expensive or is it time more expensive than the actual information?
The million dollar question would come to be a real puzzle here. Where to get it might be simple get it from the internet, mainstream media or get it from reliable network. Filtering out of the correct and true information might come to the point of ‘how to get information’
The how is always the headache in the modern era, unfortunately due to information overload. Even you can search on Google this similar question and you might have thousand pages and websites which try to address these questions. So the next million dollar question comes straight to rescue you .
When to have information? Or timing. Time is the rare commodity of the modern age. Because information of how to make money is really available unlike old ages. But time needed to be invested to the information so to get to the top of the pyramid. Time is needed to filterout the bad from the good. Time is needed because every meantime there is new information so potential to the steps of the ladder.

So what can be said about crypto currency and timing

Well the answer might be simple but the dedication and determination might be even grater to the time invested. So the more time you give to your investment in crypto currency the more you get wealthy. And the time to make a million dollar is equivalent to the time dedicated to the investment in the industry. So a lot of time is needed to be successful in crypto world. Day trading Vs long term investment requires different time determination. The more you day trade the more time you dedicate, then the more rich you get in short time. But in investment it is the other way round. You need relatively less time to invest but needs knowledge that a lot of information about the crypto coin. So you will get rich or will make it to the top of the pyramid but eventually.

what type of structure is forming in these modern era

As to me two pyramids will make a diamond like structure in this crypto world. Because the amount of money that needed to be invested is less to make it to the top. And the poor in the social hierarchy is mostly unemployed visa vie more idle time. So if they invest this idle time.....?
I will leave the answer to you. But more people will make it from the lower class to at least to the next in line class, middle class, or to the top. So the social structure is going to be like the diamond where the top and the bottom are going to be narrow. But the rest body it is going to accompany many population of the world. So to be ultra rich and to be ultra poor is going to be difficult.
To be poor in crypto currency is difficult
Invest your time and get rich that is my advice for you today. It is not a pyramid scheme but a pyramid forming a diamond. You are the diamond so use it because it is not simple to be poor. Therefore the tail is becoming the head at least the body.

Do you really like the reading. And wish you could upvote or resteem it

TIME. YES. YOU'RE SO RIGHT, I've thought about the exact same thing too, both day trading and long term investing, it's thinking about where to split the money you get from crypto itself.

Thank you it was very nice explanations. I like your words short and precise. And you are right time factor of money againest profit is much more greater in 2017 and 2018 than prior years
Respect.

I really enjoyed this post, especially as you related it back to Egyptian culture. It's always fascinated to explore how past civilizations structured themselves and how similar or different that looks to the modern day civilizations.

I think you are right in the diamond shape. I could definitely see this being the case (as it seems to be now). It truly is much harder to be poor right now and there's a lot of opportunity to swim higher if the effort and information is there!

Really thanks. Very nice words. It gives me the courage to dig more. Respect.i will definatly look up to your post and give a comment.

I definitely agree! Information is now everywhere and should be filtered aggressively.

As for cryptocurrency, I have tons of reading to do as well. Thanks for making this smart pyramid. This was a good read.

But be sellective and give it time.
Respect

Congratulations @dawitnet! You have completed some achievement on Steemit and have been rewarded with new badge(s) :

Great inspiration to keep people working. I know I am. Cheers!

Good to here that you are on top of it

I really think evry human endeavour can be related to egyptian time.

You could well be right

Nice piece, comparing the ancient society with our modern day society. A lot has changed but the hierarchy of economic influence still bear a close resemblance. Investing in cryptocurrency is quite easy but a lot of time required if you want to be really successful. The future of world economy lies in digital trading.