G20: Presumably No Global Regulations Of Bitcoin And Cryptocurrencies

danyelk (69)in #cryptocurrency • 3 years ago 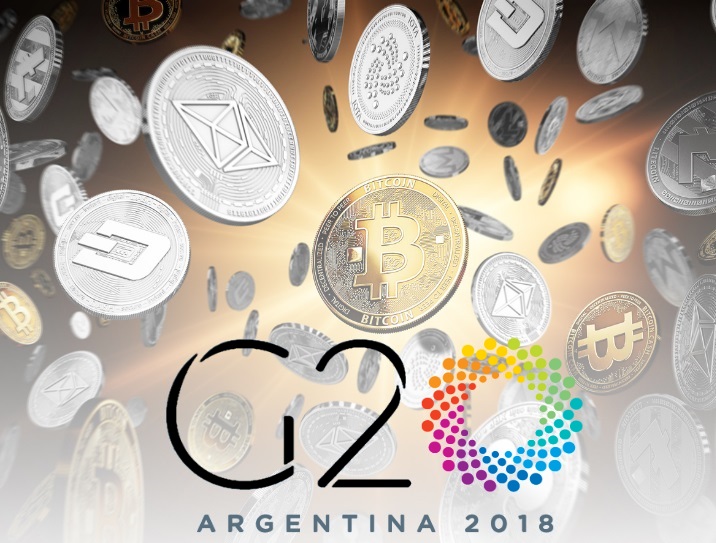 Although Germany, France and Japan have pushed for more stringent regulation of cryptocurrencies, there seems to be no consensus to discuss radical measures at the upcoming G20 summit 2018. However, cryptocurrencies will still be a hot topic.

Once a year, the leaders of the world's top 20 nations meet for the G20 summit. It will be attended by heads of state and government, finance ministers and central bankers, as well as representatives of the EU, IMF and OECD. So the most important for the world economy politicians. This year the summit will take place in Buenos Aires, Argentina, at the end of November.

In the run-up, the participating nations try to agree on how to use the scarce time to nail their nails, rather than just disagreeing. Cryptocurrencies have been mentioned over and over again in the discussions about the content of the deliberations that have been going on for some weeks now. Japan announced that it would urge other countries to adopt joint measures to prevent Bitcoin and other cryptocurrencies being used for money laundering. Germany and France have recently even announced a joint proposal to regulate cryptocurrencies.

These announcements gave rise to the wildest doom calls. The Wired has already speculated that the G20 community will ban anonymous cryptocurrencies such as Monero, Dash and Zcash globally, while the Handelsblatt speculates that "the G20 nations may bring the big crypto ban next week," and so on.

Now, the Financial Stability Board (FSB) has probably put a stop to this speculation. The FSB is an international body that monitors the global financial system and provides policy advice. The institution has recently communicated its priorities for the summit to the Argentine G20 presidency, and one may assume that this proposal will not be taken lightly.

Cryptocurrencies play a big role in this. "To address the concerns of its members, the FSB has examined whether the rapid growth of crypto assets threatens the stability of the financial system."

The answer of the FSB is NO. "Crypto assets are not currently a risk to global financial stability." Therefore, a ban on cryptocurrencies should not be a priority theme of the summit. Participants simply have more important things to discuss and decide on. Of course, according to the FSB, this could change as cryptocurrencies continue to grow as fast as before and "become significantly more used or more closely intertwined with the core of the regulated financial system." To quickly raise the alarm when this happens the FSB "identifying metrics to improve the observation of the risks to financial stability posed by crypto assets." At present, however, the FSB sees no immediate need for action.

However, the institution recognizes that cryptocurrencies raise a lot of questions about consumer protection and that they are used to disguise illegal activities or to launder money. At the same time, it recognizes that the underlying technology "has the potential to improve both the efficiency and inclusion of the financial system and the economy."

The relevant national authorities would already be dealing with the topic. However, as the crypto markets are global, the FSB calls for greater international coordination and the participation of international organizations such as the Committee on Payments and Market Infrastructures, the Financial Task Force on Money Laundering or the International Organization of Securities Commissions. So it may well be that at the G20 summit, measures will be discussed and perhaps decided that will enhance international cooperation in the regulation of cryptocurrencies.

All in all, one could interpret this letter in such a way that FSB Chairman British Central Banker Mark Carney, while taking seriously the proposals of Member States such as France, Germany and Japan, sees no consensus for the adoption of radical rules.

Well, all i know is that crypto has come to stay and even to dominate the financial world. Whatever their meetings maybe up to does not scare me much. Government should learn to accept this beautiful revolution of money. Thanks

Yup I totally agree with you :)

I think that the only way to "mass adopt" cryptos will be through regulation.

thanks for this summary of the upcoming conference! i am very curious to see what will actually happen. the priority i believe is how to make money off of crypto holders and whether or not the market will disrupt world financial markets, looks like they don't believe so. its funny to me that ppl quickly freak out when they hear about crypto as if its the boogie man without thinking that there are always ways to use money, digital or fiat, to do bad things.

Your welcome and yes it's sad that they don't understand cryptos but the future will change this ;)

Well the government is a slow machine in itself. Every day they have to put out huge amount of fires. Thus the time left to learn and understand new technologies are limited. Leaving them in fear of the things they cannot understand.

true, and tech changes faster than humans able to mentally adapt to it i think.

Or want or can :). So yeah the key here is to have an open mind and not to go ballistic the moment something totally new appears.

Expect some turmoil and fear mongering before mainstream adoption.
I’m glad we all got in early and have front row seats in the making of history

Turmoil and FUD is nothing new to me I am in cryptos since 2012 so I have seen it a lot but yes your right we can be glad that we have jumped early on that boat :)
Have a nice day!

I really thank God at the outcome of the news on cryptocurrency with respect to G20 take on it. It has really calmed frayed nerves and hopefully things gonna pick on near future.

Thanks @danyelk for the head up

Ambiguous news. There are good, bad and ugly sides. G20 is not ready regulate crypto, the filed is too young, nobody really understans it. They postpone regulation and it's good. Wild west continues, that's bad. I'm tired of price manipulations and individual regulations from some countries. Then there is an ugly side - they still don't take it seriously.

Yup they really don't take it seriously and it gives the feeling that they don't understand cryptos.

I really don't understand the money laundering argument for cryptocurrency. At the end of the day, the person has to cash out via fiat which if the value is over x will automatically trigger most financial institutions to report to AML authorities. It doesn't matter if it is cash or crypto it is the same result. In both cases the person will need have to prove why they received such a large sum of money and what is the source.

Fears overblown, in my opinion.

There are way better ways to wash money instead using cryptos and the money laundering argument shows me that they have not understand cryptos yet.

This way the governments are trying to hide an open secret. That using the current financial system criminal launder the most.

I wish SBD value will be up soon, i'm a beginner crypto currency earner and i need motivation. Thanks for your post.

You got a 13.86% upvote from @postpromoter courtesy of @danyelk!

lots of good news coming out! But crypto still down!

thanks for sharing cryptocurency for the world. Honestly, i'l apreciate all your post