cryptoviking (56)in #cryptocurrency • 4 years ago Like almost everything else in life, cryptocurrencies have cycles where a new thing is released, the hype is huge, people start to get bored and then look to the next big thing. Before the ICO boom people were talking about almost nothing but Ethereum, before that, Dash. This cycle goes all the way back to the first crypto coin, Bitcoin.

Is the ICO craze OVER? In the last couple of weeks we have started to see a slight slow down in the amount of ICOs getting hyped on the various forums and platforms. It could be that due to the market crash people are looking at ICOs as being more risk than they are worth or it could be that people have started to get bored of the ICO craze that was plaguing the crypto community. It does not matter what the reason is, what matters is that less and less people are hyping about ICOs and in classic human behavioural fashion people started looking for the next big thing to start talking about.

Age of the Supernode coins!

For those of you not in the know, a supernode is computer server used to confirm transactions on a blockchain. To start a masternode you have to lock away a set amount of coins which varies depending on the coin, the most famous of which is Dash which requires 1000 Dash to start. Buying 1000 dash would cost a ludicrous amount of money even with the crypto crash but there are much cheaper alternatives. Of course there is a reward for creating a masternode, you are awarded with coins for your trouble which can be sold on exchanges or HODLed.

The craze has already begun From the looks of things, people have started purchasing supernode coins for a few days now and selling instead of setting up a masternode. Chaincoin shot up the other day, which triggered several other masternode coins to make massive short term gains such as Coinonat, Nautron, Syndicate, Renos and others hitting in the +100% - +4000% range.

We could feasibly be looking at the start of a new trend. So far we have seen massive short term gains for several coins but I could absolutely see this trend evolving into people setting up masternode for these coins. It could very well be an excellent long term strategy to start stockpiling coins like PIVX and chaincoin with the vision of setting up a masternode. Nobody knows where we are heading but I believe that with mining difficulty becoming more and more of a problem, more people are going to start looking at both staking and masternode compatible coins. I think I am going to start saving up for a PIVX masternode because I really do believe in the technology behind it.
AND MOST IMPORTANTLY OF ALL, REMEMBER NOT TO PANIC ABOUT BIP 148... WE WILL BE FINE! 😃 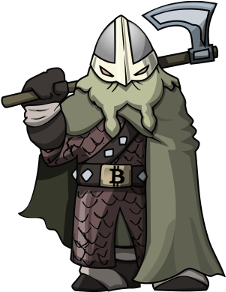 Interesting article) Thank you for sharing;)

Congratulations! This post has been upvoted from the communal account, @minnowsupport, by cryptoviking from the Minnow Support Project. It's a witness project run by aggroed, ausbitbank, teamsteem, theprophet0, and someguy123. The goal is to help Steemit grow by supporting Minnows and creating a social network. Please find us in the Peace, Abundance, and Liberty Network (PALnet) Discord Channel. It's a completely public and open space to all members of the Steemit community who voluntarily choose to be there.

Great article, everything certainly is crazy right now in the crypto-investment sphere.
You put out really nice content, like all your posts dude! (i like your excited face to, lol)

Have to check out PIVX a bit more, seems like an interesting project.

This post has received a 1.47 % upvote from @booster thanks to: @cryptoviking.