Another stern warning for a potentially dangerous Cryptocurrency market Another stern warning for a potentially dangerous Cryptocurrency market

With news of people making significant returns on cryptocurrency, it is not a surprise that many people now also want a slice of this 500 billion dollar pie. I mean 510 billion dollar pie. And… its back to 500 billion. With such large fluctuations, it has certainly caught the attention of many governments, with South Korea and India already tightening regulatory controls over such digital assets. The US could well be next on this list as lawmakers set sight on this generally unregulated area of the economy with Republican Senator Mike Rounds telling Reuters that “There’s no question about the fact that there is a need for a regulatory framework”. Now growing to an estimated between 2.9 million to 5.8 million unique active users of wallets in mid-2017, many people entering the cryptocurrency investing bonanza have grown lax to the risks involved perceiving it as a metaphorical wave of free money, prompting governments to further warn investors on ‘pump-and-dump’ schemes and ICO’s for dodgy coins. 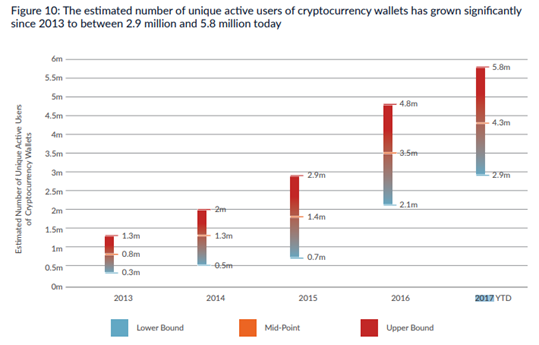 On ICOs and PnD schemes

With ICO’s they really do have a right to be concerned now with ICO funding exceeding venture capital investments 3 fold and increasing 22 times its total in the first to second quartile of 2017. Among these would be tokens such as PlexCoin, which raised about $15 million before being revealed as a scam (with most people thankfully getting their investments back), and Benebit, with their team presenting a case of identity fraud leading to the people investing the $2.7-4 million in the coin to be not as lucky. Ponzi schemes are nothing new either, with recent crypto such as BitConnect(BCC) dropping from a high of $330 to a low of $20 mid January, and investments on the closing platform refunded at $363.62. Calls of the token being a scam in fact came from as early as October 2017, yet many promoters of the coin continued to advertise the coin as a miracle investment until its inevitable downfall. For avid investors, this may come as no surprise, but for inexperienced investors looking to make a quick buck, they could instead find themselves facing the reality of such a knowledge-driven barrier of entry into the crypto investment scene.

This comes amidst further integration of crypto in the regulatory structure of the US, with a push for California to legally class blockchain records under “electronic records and signatures” as well as the state of Wyoming proposing a bill to exempt fiats and virtual currencies from tax. Both of which represent milestones in ironing out the legal grey areas of crypto, hopefully clearing up some caveats for new investors. Nonetheless, the correct approach to regulate cryptocurrency is far from clear-cut and there may not be a feasible and actionable solution to eliminate traps like these from appearing. For now, investors must rely on vigilance on what they invest in. When that money is out of your personal wallet with which you hold the keys, it could be well and truly gone.

What are your ideas to gear cryptocurrency for scam prevention? Do you think a definite solution is coming? Let us know below!