What is happening in the market cap? 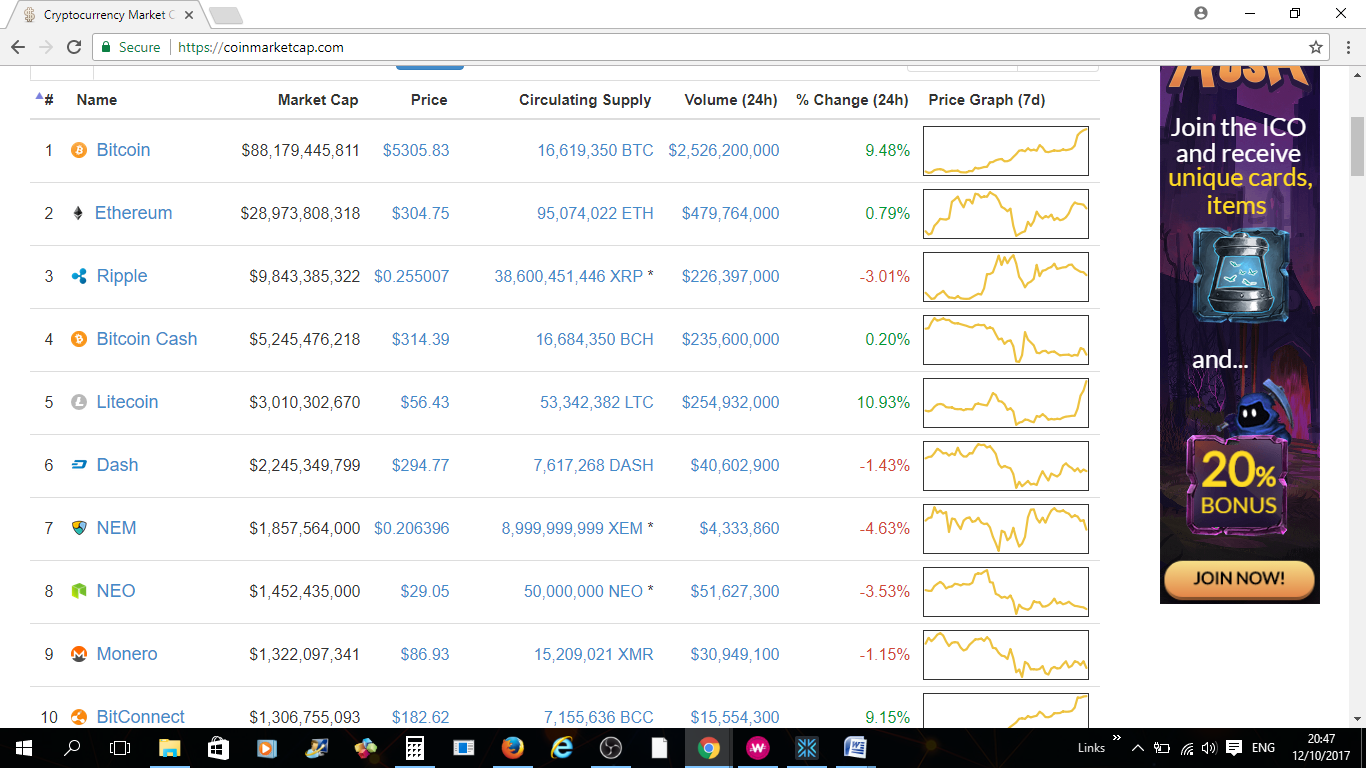 The market has continued positively from last week and until now there has not been any bad news in any official sites.

About bitcoin gold, there is, confusing news in different sites and even though there has been an official document published this week. It did not help the situation very much.

I really believe that we are seeing the growth of well structured coins and there are many coins which have raised their position comparing with where they were last week, such as Bitconnect (10) and Regalcoin (76). The last one has just come out over two weeks ago.

Bitcoin is rising and taking nearly all the other coins with it, and the ones which are not really developed are losing out.

The price range for many coins has changed positively and lead to investors to invest in them seriously at the same time as the price of bitcoin is going up.

The market is slowly going away from when bitcoin price was going up and the rest were going the other direction. But still there are some coins which behave in the old manner.

What will happen next?

The market needed this uprising of the prices in the major coins as it was nearly in a stand still situation since beginning of September.

But at the same time there has to be an adjustment to these prices so that different coins could find their baseline,
Also we can see that there are large amount of new investment in the market and one has to see if it is for short or midterm.

Overall, I think the serious activity has come back and there are many coins which have broken their daily investment record.

Depending on the value of each coin to begin with and their growth, each investor may stay for a short time or a bit more.

But I have an impression that some coins have even supervised more than one investor and they might continue a little bit longer with their investment.

“As every beginning has a finish, one can consider, every finish and its own beginning” in another words, even, when the prices go down, the drop for some coins is going to be unbelievable and investors could take advantage of this situation and start investing in some altcoins.

I believe this weekend the market could slow down a bit but I don’t see any huge price dropping, to start right now.

Congratulations @cryptousage! You have completed some achievement on Steemit and have been rewarded with new badge(s) :