It seems that the heat comes back to bitcoin. 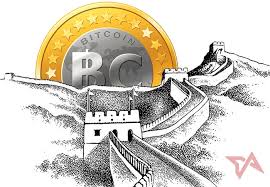 Well, it seems that Chinese government has taken out an official exchange and it will start to operate from 1st of November by allowing national and international users to buy and sell bitcoin.

Of course, they have not stated that is the governmental exchange but does give this impression from the start.

This way, they'll have direct influence in the crypto market even thought they are selling it as a private exchange.

On the other hand, as soon as the news came out, the price of bitcoin passed the $6000 margin and since then, is staying there.

In less than a 48 hours number of hardware wallets and other type of sites are going to announce how to get our bitcoin gold and on their site, you can see number of companies icons which support this coin.

I believe by trying to keep it very private and taking it out in a short period of time, the developers and responsibilities of bitcoin gold have damaged its reputation.

But if they take the right steps, this coin could be a great opportunity for the mining community and it will bring lots of interested parties.

There is no point of ignoring that the number of support to Segwit2x for 16 November is decreasing nearly every week but at the same time there are lots of users and investors which are interested in the new coin and are ready or getting ready for the event.

I believe sooner or later, the market is going to accept all classes of bitcoin and each type, will have its interested parties.

So, under this sort of circumstances, the road map plays an important part and could indicate the success or filler of each coin.

Regarding the bitcoin family, I think we are going to see lots of movements from November this year and during the next year. Which is going to formalize the market and will bring more and more users and investors.

I upvoted and commented you bro. please do same. it will be good for both.