Estonia based blockchain startup iQeon finally brought the gaming industry to the whole new level of advancement where gamers will be paid for their gaming excellence.

Previously, the video gaming industry was left untouched during the blockchain revolution but iQeon had finally created a decentralized player-vs-player (PvP) gaming platform that integrates games, mobile applications, and services based on logical tasks & intelligent competitions between users and allows them to monetize their intellectual and other gaming achievements.

In other words, iQeon is one its kinds blockchain based platform where players can earn money (in form IQN tokens) for their gaming intelligence and achievements. The IQN tokens can be exchanged for fiat currency (and sent to MasterCard card using player’s own iQeon wallet) or for any other cryptocurrency (Ethereum, Bitcoin, and Litecoin). iQeon further thinking about developing their platform in the field of education and sports where people will be able to earn money for the higher grades they’ll score in school, several pounds of weight they’ll lose and morning run they’ll do. Interesting, isn’t it ?(https://iqeon.io/) 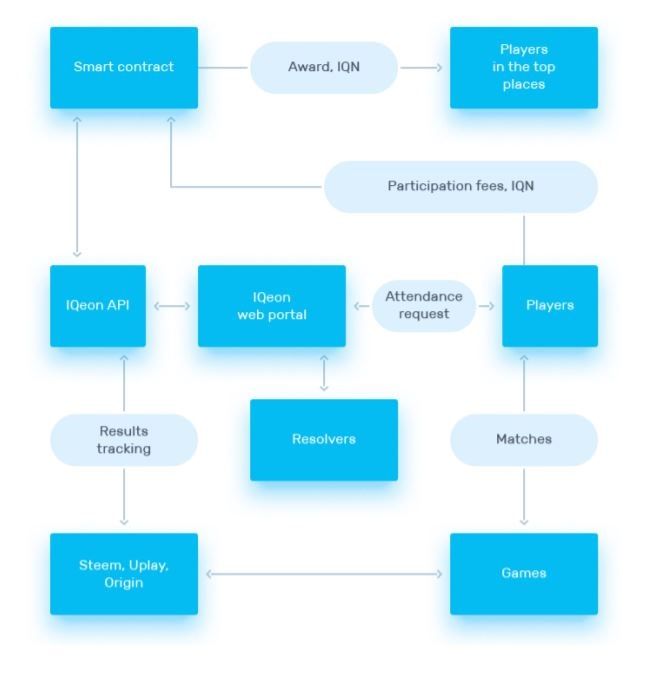 Probably one of the most interesting ICO so far in crypto space. The IQeon ICO is quite an auspicious investment opportunity for the investors who understand an astounding potential of the global video gaming market.

iQeon went public on 30th January 2018 putting 70% of total tokens in circulation and the main offer of tokens lasts until March 13, 2018, added with introduction of the flexible schedule of bonuses for early investors.

There are two stages of the iQeon ICO: The pre-sale and the official ICO. At the pre-sale stage, you can exchange 1 ETH with 700IQN and of course the charming bonus. At official ICO stage, you will get 325IQN for single Ethereum including the bonus. When it comes to the bonus, the day-first investor had received 30% more coins than what they’d paid for. This one has come to an end.

The week-first investors rewarded with the bonus of 25% extra coins and every subsequent week will have a bonus reward of 5% less until the final week or the 5th week of the iQeon ICO.

The total amount of IQN tokens for distribution is strictly limited to 5.7miilions and can be bought with Ethereum, Bitcoin, and Litecoin at a current rate of 1ETH = 325IQN. After the ICO, the IQN tokens release will completely be ceased and the unsold coin will be destroyed, making the supply even smaller.

You can buy the IQN tokens directly from their website though you won’t be able to be part of their pre-sale stage as it is already over. Make sure you have some Ethereum, Litecoin or Bitcoin in your wallet which you can easily acquire from popular crypto exchanges such as coinbase. In terms of investment, as stated by popular ICO analysts such as Coin list, coin rating and ICO bench,

iQeon is one of the safest and trusted ICO to invest in and expect an exponential growth of their initial investment.

Other five such mobile applications are already in the development phase with an aim of creating an intelligent gaming ecosystem with financial reward. Being an open source, iQeon is also inviting the third-party mobile game developer to link their platform to other non-blockchain gaming networks. This placed the iQeon in the list of top-3 blockchain based gaming project of 2018 and skyrocketed the IQN token sells.

You are wonderful and amazing @cryptosignz

Thanks Rob. I try to bring the best ICO's and share them on Steemit !

If you are looking into gaming platforms, then this is one of the best tokens you can get

This is pretty cool project @cryptosignz, you should check out Playkey as well, I think you will like that as well and they have an amazing Advisory Board!

Hey Thanks @daddyku for the recommendation. Now I want to look into this one "Playkey" I mainly look at what makes a certain token or coin stand out amongst other similar ones in its genre. As you can see I am really into cryptocurrency that are venturing into this huge gaming market. IQeon has a great team and a game changing concept.