cryptosignz (39)in #cryptocurrency • 4 years ago (edited) 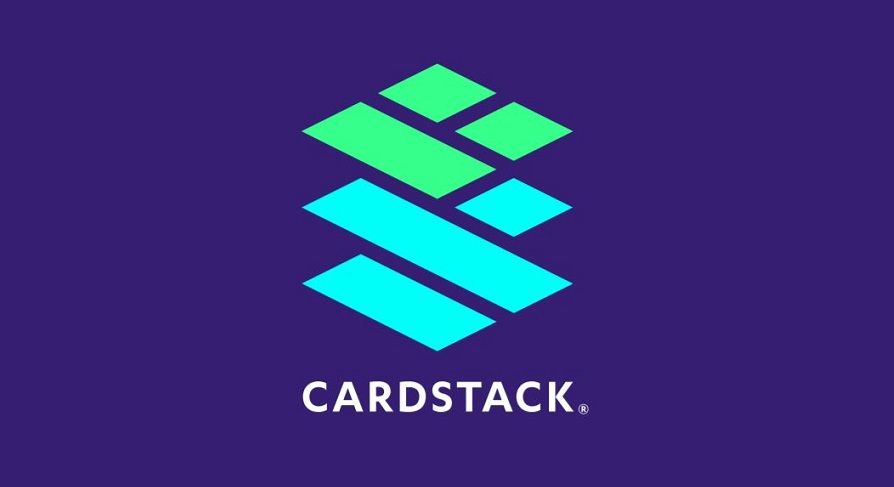 Decentralization is heralded as the future of how humanity will interact online. The power of decentralization gives speed of transaction that is unparalleled. The secure nature makes it unhackable with current technology. Bypassing time consuming and expensive choke points, the cost of running and transmitting is reduced significantly.

In the past few years, there has been an explosion of decentralized startups and platforms. With such a big bundle of organizations offering services ranging from simple data exchange between people of similar interest to games and VR, the market is big. (https://cardstack.com/)

When it comes to decentralization, every other person is supporting the technology, citing the disruption of governmental and big brother control over people’s life and privacy. Yet, there is an issue that everyone seems to forget. With so many services being offered, decentralization starts to become fragmented.

The internet and computers (with different operating software) are centralized, but they have one major advantage: with only a handful of operating software and four major browsers making up nearly all of the accessing portals, applications can be designed for all variations with little effort.

For decentralization technology such as Blockchain, this is bad news. Each platform that offers DApps is custom designed, different from others, with own protocols and an internal cryptocurrency or a utility token. This means that if an individual or an organization requires services of two or more DApps from separate platforms, he/she or it will need access to all the platforms individually and possess their tokens.

This leads to a lot of wastage in money (blocking liquidable assets in different currencies, transacting frequently between the two or more causing trading fee from trading platforms and others) and time (time required to convert from one to another, longer if a direct trading pair does not exist).

This is a major factor in Blockchain platforms and DApps not being adopted by the mainstream. Cardstack developers describe its platform as a software ecosystem that breaks down silos of isolated blockchain based applications. Users can mix and match different features of separate applications without the need of moving back and forth between independent platforms.

Cardstack achieves this by what it calls a Composeable Design Paradigm, through this, Carstack renders information in small portions it calls Cards. These cards can be connected, expanded, chained and saved to become a big application.

A user only needs to know what an individual card does and what functions can it connect to. The user can then take different cards that suit his need and connect them to make a big ecosystem that will perform functions as per his need. The user does not need to possess any programming skills or have a know how of Blockchain working.

The card can be from any service, a cloud based one or a Blockchain protocol, whether the party functioning behind the card is an individual human being, an autonomous agent or a smart contract. This makes it easy for people with minimal understanding of Blockchain, decentralization or cloud computing to adopt Blockchain easily. 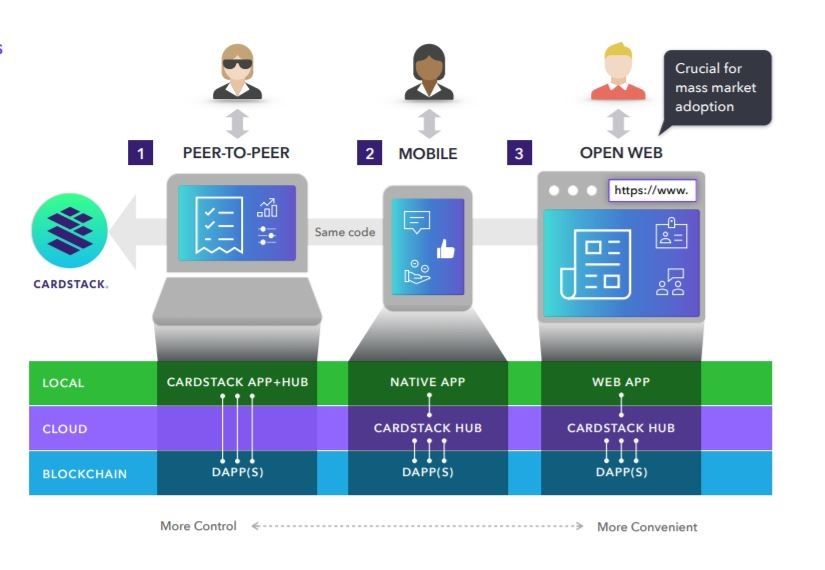 Cardstack offer four major services that make it a suitable platform for everyday use by the masses:

• Card: As already discussed the ease of cards and connecting, modifying or expanding just by drag and dropping like actual cards makes the service easy to use and the ability to connect different applications and protocols mean users do not need to maintain different accounts on separate platforms.

• Tally: Tally is an advanced protocol Cardstack has implemented in it Blockchain to reduce time of conformations through scalable consensus. Tally does this by doing proof of usage validation off chain, aggregated and final report writing before transferring the data on chain. This keeps the Blockchain light and agile, allowing for faster transactions with lower fee.

• Reward Pool: When Cardstack users use a card (or a combination of the cards), there is a smart contract automatically executed that essentially controls payment from the user to the platform for utilizing the card services. The fee gets stacked in the Reward Pool, where the platform’s automated protocols periodically distribute money to developers according to a governance model set by the community. Cardstack uses its own token that is specifically developed for the platform to transact fee from user to the reward pool. The token is Ethereum based, ERC20 standard and is designed to create a sustainable marketplace through the platform.

A Token Generation Event for the CARD coin has been successfully concluded. But, taking in the heavy demand, a third phase of the public event has been planned in their latest announcement. The team will declare the time and details at a later stage.