AVOID THE ICO CHAOS - The Smarter way to get those Tokens Faster!

cryptoiskey (61)in #cryptocurrency • 4 years ago (edited)

Have you been involved with an ICO or a PreSale?

Have you been in the slack channel just before it starts and during the ICO? 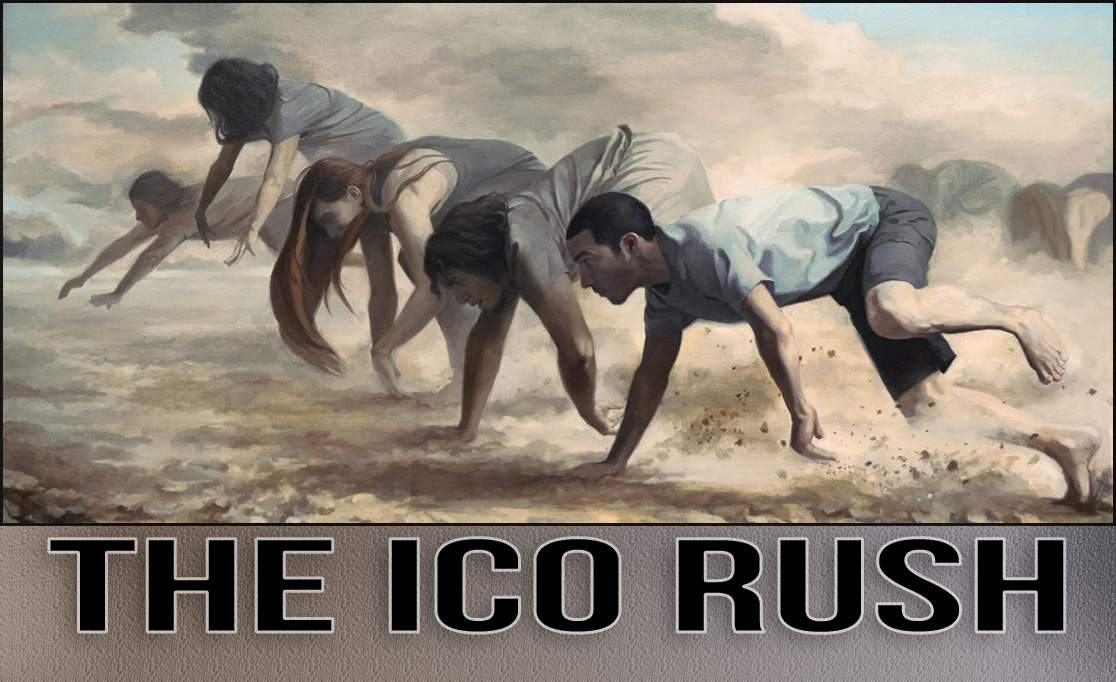 I can tell you from first-hand experience that "ICO FEVER" is real and it is addictive but at the same time it can turn humans into monsters real fast if something doesn't go according to plan.

I was recently in an ICO from a startup called Po.et who I really think will have a bright future.

Anyway like any ICO/PreSale you can feel the anxiety and the anticipation mixed with adrenalin building in the slack channel as the clock gets close to ZERO.

Unfortunately, the company that was used to execute the registrations couldn't handle all the requests, and it was a similar effect compared to a site being DDoS'ed.

Because of the sheer volume of registrations trying to get through all at once it created a bottleneck and very few were able to succeed. This caused what appeared to be a global catastrophe of epic proportions lol

A vast majority of the participants become highly irritated it reminded me of the Jekyll/Hyde scenario in the movies. Quite frankly I could see the "Greed Goblin" rearing it's ugly head like it owned the joint.

This particular case it was a third party software that let the team down and users couldn't really do anything to avoid the chaos.

There were many things that could have been improved but at the end of the day, the Po.et team delivered and everyone was happy.

At the time of this post 0x is still currently active. They have finished phase 1 which was a pre registration and then x-amount of the tokens were evenly split between all registered participants. Each participant was capped at $1,893 which ended up being 39,442 ZRX.

There was a very pretty animation (i speed this up for file size purposes) on the purchase page which gave a very good first impression, however, there were major connection issues.

It seems regardless of the software(in this case 0x actually used their own protocol) the network gets bogged down and it causes problems right across the board. I will admit once it did load though it was a nice way to present the process, I, however, didn't go this route (i will explain later) In the case of this 0x sale users were told to use MetaMask and Parity. MetaMask was so bogged down you couldn't load the token section in the plugin. The reason was simple, too many users clicking the same thing at the same time.

Users were also confused with the amount of gas they should use and the slack was full of confused and impatient people, as the case with many of these ICO'S.

The 0x ICO started over 12 hours ago and I am still seeing users comment in the slack that they can't see their tokens in MetaMasK etc, so problems continue.

I was smart and got my 0x tokens fast, and yeah I will call myself smart because I have learned how to avoid the chaos which I will share later in this post.

Now Salt, on the other hand, went very smooth. There was only one initial hiccup and that was when the countdown timer had hit the target you still couldn't participate, but that was very quickly sorted and the Token sale has been running like a well-oiled machine ever since.

With Salt, you had to pre register and also get approved with ID. There was a little confusion with some of the users to whether or not they were able to purchase over $2,000 in tokens, as it was stipulated you had to be approved with a security check first. However, this was mostly sorted out before the actual sale began.

The team created a very nice UI for users to participate and that helped make the process smoother, however, there was still some confusion with how to actually purchase the tokens from within the dashboard and what ETH address to send the tokens to. I saw one user actually send the ETH for the tokens to himself and missed out on the first tier of the sale.

Personally i found it simple to complete the purchases and had no issues navigating the UI.

I did still use a way that I think is the fastest and less buggy way to participate in any ICO. In all the ICO'S I have participated in I have never missed out and never had any issues with loading pages. The only exception was Po.et because they had an actual registration process you had to complete with a third party company before you could purchase. This could have been avoided with a pre registration process prior to the actual sale.

The Slickest - Fastest - Cleanest way to Attack an ICO

Every ICO has an ETH Contrat Address you need to send your ETH to in order to participate.

Simply put: I send you ETH you send me the ICO Tokens.

But it isn't that simple, well not to most participants. Many users are totally new to this ICO madness and they are not from a technical background.

Why these start-up companies holding the ICO'S can't figure this out and take a different approach is beyond me.

To adopt the masses any process on the blockchain has to be simplified it is that simple.

I understand we are in new territory, but half the problem is that all these startups are run by people that have been in this space for years and to them this is simple. To the average new user breaking into the world of crypto, everything is a fucken nightmare to understand.

So anyway I am not the most technical guy, well not on the levels of most of these guys, but I have worked out a way that I believe is the most user-friendly (once setup) and fastest way - oh and with no damn connection errors - way to get your ICO Tokens.

You can easily setup Mist by watching this tutorial I made. I will admit some people have issues installing Mist, BUT IT COMES DOWN TO PATIENCE.

Add all your ETH Addresses in one place No more searching for the details to add the token to your wallet, all you do in Mist is add the Token contract address and it fills in the rest.

If you have specific token spread across multiple addresses Mist will consolidate and have the total displayed. For example, as a test, i sent 100 ZRX from my MetaMask to my MEW wallet and as you can see here it shows the full amount in my Token watchlist.

Simple is good and once you have Mist setup then "Simplicity" is the word from here on out :)

If you need any further help to get setup like I have mine, don't hesitate to ask :)

Become an ICO BOSS and Hunt like you own it!!! Very good post, this information is very interesting and important for the whole community, it is always good to know a little more about the movement of the crypto @cryptoiskey

Thanks....yeah it is a shark tank in the world of trading, so any tips you can get helps you go along way.

Thank you for sharing
Already invested a lot of money into my farm
Seeing all these crypto boom and ICOs every where and 1000% in 24hrs makes me feel like i made a bad decision...
Lol

Investing into property is smart...But yeah now is the time to take advantage of the crazy swings..I think until the market finds some sort of consolidation we may see this happening for a while.

Yes... It is ICO booming now. But we have to carefull to choose them. NIce posting :)

Research IS THE KEY :)

Great post. thanks for the info. MEW is good for that as well from what I have experience. parity is just ouch.... Upvoted and followed. Feel free to follow back. Cheers

Love reading different opinions about ICOs.
Which is you favorite?

Hello, write slightly off topic, but still. We are Araneobit - money transfer system based on the blockchain. The Commission for money transfer is set independently.
You can invest money