QuarkChain - blockchain that aims to achieve millions of transactions per second!

With the growth of the global financial transactions volume - one of the biggest blockchain technologies problems is a low capacity of the existing networks. The primary challenge of blockchain now is to extend the scalability and at the same time to keep security and decentralization on the highest level. 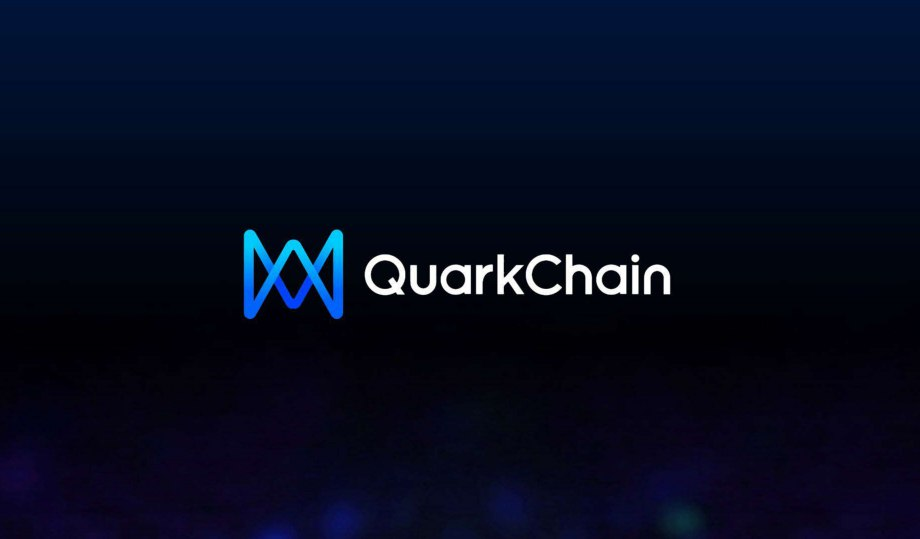 How QuarkChain’s team is going to achieve that?

The main feature of the project is better scalability using a two-layer structure.

The first one is the sharding layer, which allows for high throughput by efficiently distributing data, and the second one is - root layer, which serves to confirm the blocks of the first. Using this design, QuarkChain aims to satisfy the tradeoff between the three pillars of a blockchain – decentralization, security, and scalability. 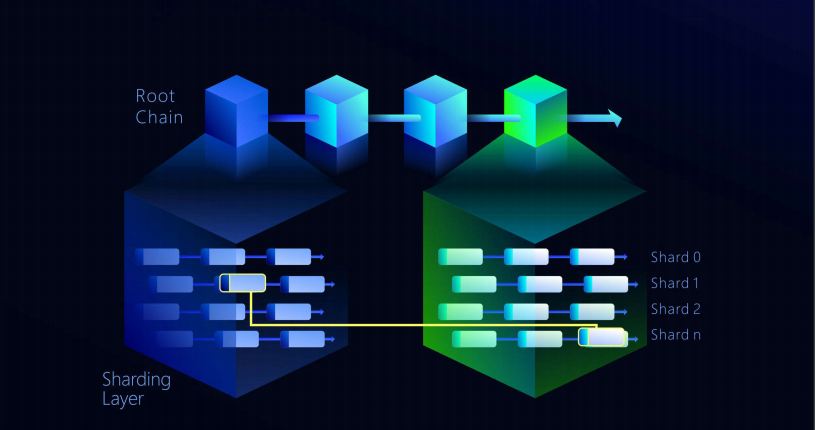 Another unique feature of QuarkChain is the ability to offer guaranteed security through market-driven collaborative mining. Essentially, this means that 50% of the network’s hash power is devoted to the root blockchain to specifically prevent double-spending attacks.

Furthermore, multiple cheaper, low-resource nodes can form a cluster to create a supernode. Technological architecture Anti-Centralized Horizontal Scalability Expansion QuarkChain has a node that validates all minor blocks and root chain blocks. This is called the super-full node. Running a super-full node on your own would be costly. That’s why QuarkChain came up with an innovative solution: they allow multiple smaller nodes to group together in a cluster and run as a super-full node. Each node in the cluster only validates a sub-set of chains, and the rest of the nodes are still able to fully validate any blocks even if one node fails. 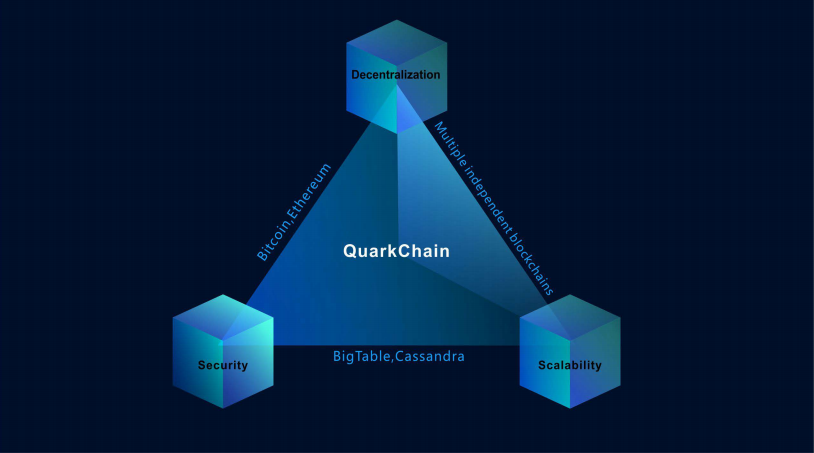 QuarkChain will have a smart wallet that will have two levels, including your primary account and secondary account. The primary account is the address of the user in a default shard, while the secondary account manages the rest addresses of the user in the rest shards. Finally, users will interact with the QuarkChain blockchain through a simple account dashboard. That dashboard will allow you to view all cryptocurrencies from different blockchains – i.e. different shards – from one wallet screen. Plus, you can manage all addresses using a single private key. The main and strong competitor is Zilliqa.
But Zilliqa uses PBFT and PoW, while QuarkChain uses just PoW. PBFT gives finality while PoW requires confirmations. Also, Zilliqa does not support turning-complete smart contract, while Quarkchain support turning-complete such as evm. And Quarkchain has scalable cross-shard tx, while Zilliqa’s cross-shard tx is pretty limited

Total supply: TBA
Token distribution:TBA
QKC are used as transaction fees for transactions performed on QuarkChain. It will also be used as a reward for miners. These value of QKC coins should depend on the usage of QuarkChain. The more activities and transactions being made on QuarkChain, the more valuable QKC coins should be.
The initial tokens released will be ERC-20, and a placeholder for the value of the actual coins which will be released with the mainnet that is scheduled in Q4 2018. At time of mainnet release, there will be a token swap. 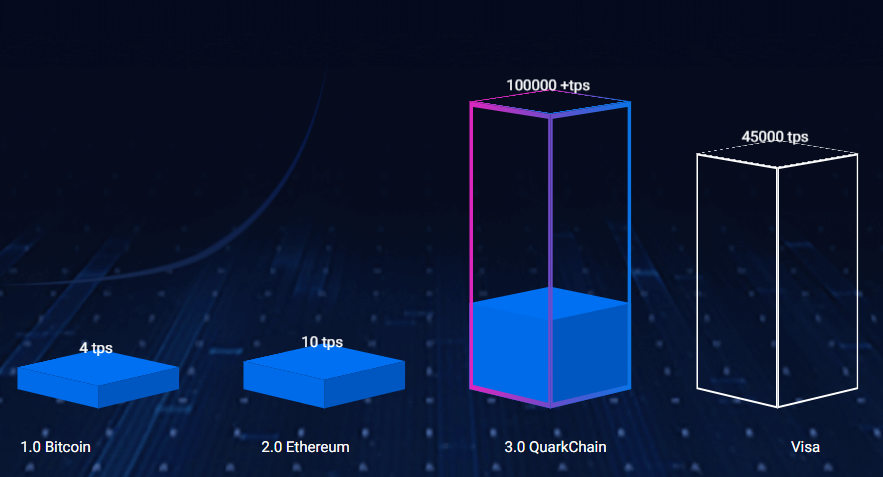 Xiaoli Ma,
Research Scientist
Professor at Georgia Institute of Technology. PhD in electrical engineering and 7 years’ experience in the tech industry with the most recent being the CTO of Ratrix Technologies. 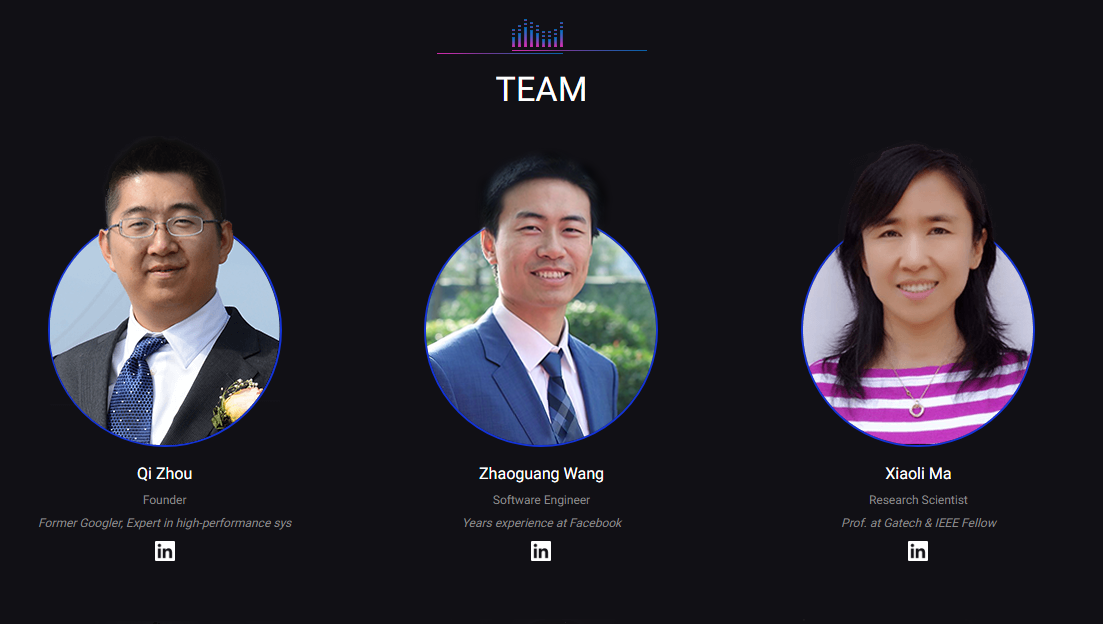 Wang Leo - founder and CEO of PreAngel​, a Beijing-based investment fund focused on early-stage internet and blockchain startups. Lijie has invested over €150 million in nearly 300 technology start-ups in Asia and the USA. Wang started with mobile apps but now blockchain is his main focus. NEO’s first investor in China. Bill Moore-President at DELL EMC (2014–2016), Engineer at Sun Microsystems from 2003 to 2010,(acquired by Oracle). Currently Partner/Managing director of Walden International (huge VC).

Mike Miller - Ph.D​., Yale University(top), Research Assistant Professor at Affiliate Professor (present) at University of Washington (61st World) for about 10 years. Founder of Cloudant (later acquired by IBM). Cloudant was providing a distributed database-as-a-service that scales and manages the databases of web and mobile app developers and received 16.3 millions (as per Crunchbase) USD seed funding.

Kevin Hsu​ - rich experience in investment and has invested over 60 blockchain companies around the world. 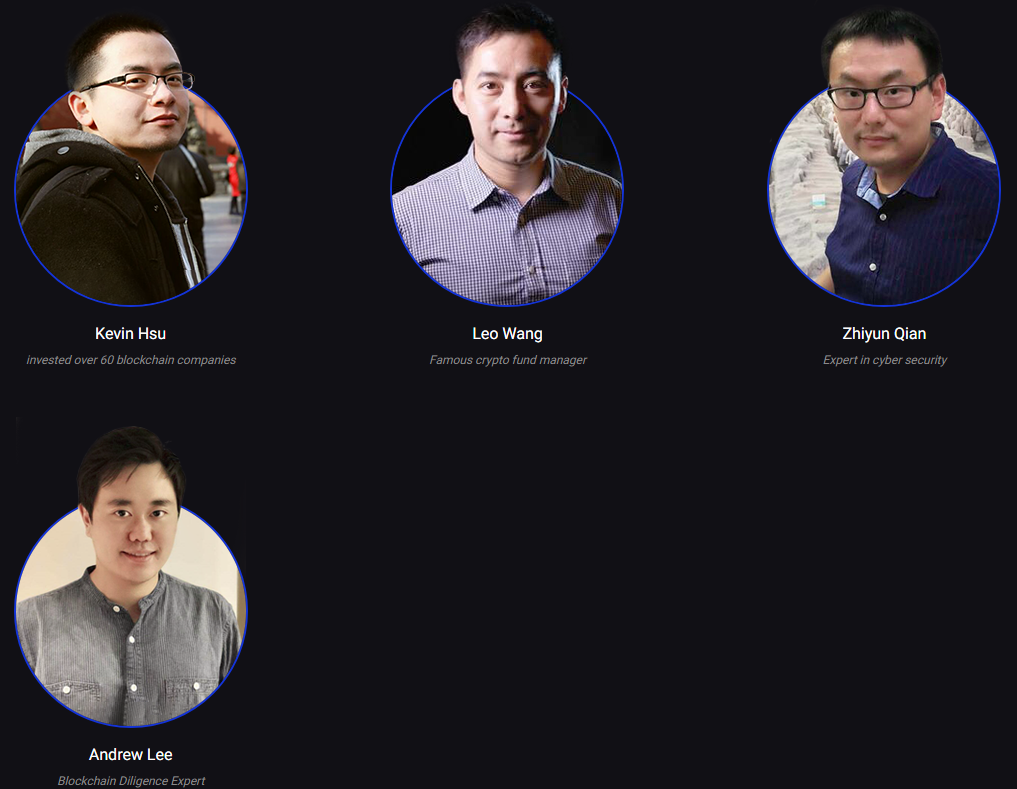 To conclude: if this project deploys all those features and TPS will be even half capacity as promised - is a real rocket. The bad news is that for an average user it's quite difficult to participate in the ico.

Submit
$0.07
17 votes
4
Authors get paid when people like you upvote their post.If you enjoyed what you read here, create your account today and start earning FREE STEEM!
Sort Order:
[-]
mike.incrypto (25)  ·  2 years ago

Zil will start mining first so lets wait the result. If QC copy Zil success even on a half it would be awesome!

We will see what happens. It will be hot :)

the article is good. it was very interesting to read. the project team seems to be professional, I think they will succeed))))

I am sure that you are right! Let's see!