The Flawless Style of Vitalik Buterin

basiccrypto (42)in #cryptocurrency • 5 years ago (edited)

The Flawless Style of Vitalik Buterin

To distract us from the uncertainty of the Bitcoin/Bitcoin Cash fork we decided for a moment of comedy.

Vitalik Buterin is polarizing figure in the Cryptoworld. Bitcoin maximalists and Ethereum FUD spreaders are unimpressed or downright resentful of the Ethereum WizKid. Everyone else, however, seems to view him with admiration and respect due to his transparency, humility, and breadth of knowledge. This has led some to dub him the patron Saint of Lambos:

However as I have read about Buterin and the blockchain he is building, he has gained my respect for a totally different reason: his impeccable, eccentric style. While Steve Jobs was known for his signature black mock turtlenecks and Abraham Lincoln was known for his tophat, the founder of Ethereum has his own distinctive style. Let’s look at a few examples: While others go business casual as a conference presenter, Vitalik does what he wants 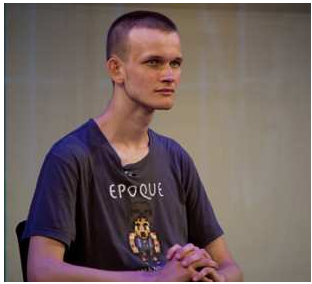 No one can resist a good Futurama t-shirt Nothing screams “World Changing Technology” like a boxing panda 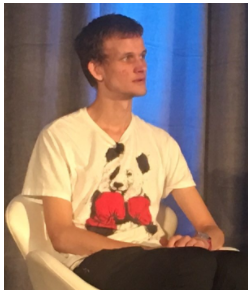 Pay attention long enough and you’ll notice he wears a lot of unicorns and rainbows. Not just on his shirts but also on his watches and stickers on his computer. Laptop with stickers for DogeCoin, OmiseGo, two Ethereum unicorns, and others. 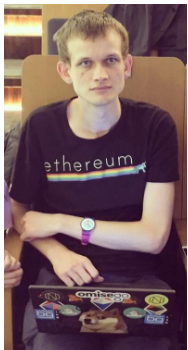 I’m not sure if his spirit animal is a rainbow emitting unicorn or a boxing kitten, perhaps both. 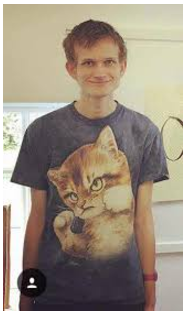 Vitalik has made clear in public comments and twitter posts that the ETH/ETC fork is behind him. This shirt perhaps references that.

Finally, no tech maven can resist the power of a good Nyan Cat shirt. 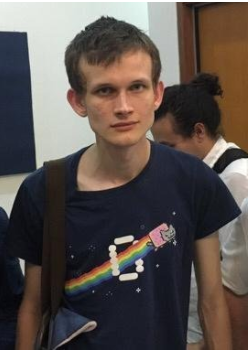 It’s too soon to tell but Vitalik has the potential to be held in the same esteem as Bill Gates, Steve Jobs, and Elon Musk. If it counts for anything, Vitalik’s persona, combined with his tech accomplishments, will help him fit nicely in this group.

Seems like a cool guy! Thanks for all the cute pics!

Vitalik is an awesome, great article!!

This guy disrupt the future!