arorapuneet (63)in #cryptocurrency • 4 years ago (edited)

Recent crash in Bitcoin and most other currencies could have been caused by the recent raid in two of the biggest South Korean exchanges this week. 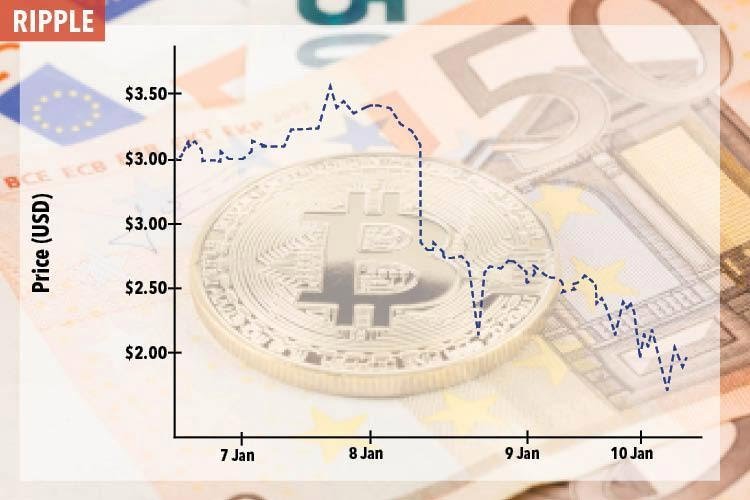 Anyways it will be sorted out soon.
Bitcoin will rise again
So did u hold ur btc or buy steem btc sbd at low price

buy at every dips its is highly recommended

its all coins, they all got hit at the same time, steem and sbd included

Hah, Warren Buffet says crypto will end badly, but he doesn't know anything about it and won't invest a position against it. He's sure it's going to end badly though!

And wow, South Korea moves to ban all crypto trading, following China's ban. By putting pressure on the banks, it seems they can limit their citizens' ability to swap crypto and fiat.

Makes me wonder if "smuggling" cyrpto could be a thing (e.g. travelers sell cryptocurrency at a premium for local cash they'll spend during a trip.) A good reminder that we shouldn't take the ability to buy and sell crypto for granted.

Actually, the current crash in cryptos is because the South Korea Justice Minister said he's planning to ban cryptocurrency trading. The coinmarketcap thing was older news...but the raid is recent as well. Title and content don't even match up haha

It's possible. Cryptocurrency was always going to disrupt the governments and their tax and fiat. But hey, some countries seem to be embracing it as well, so we'll see :)

Yes, I will be interesting to see

but some coins are still at height...
cryptocurrency market is really hard to understand

Nice time to invest. Thanks for the information

I stacked up some ripple coins. Finding more fiat to buy more alts and of course the king Bitcoin.

Whatever comes down must go up and whatever goes up must come down. I live by that logic when it comes to trading so I would not bother whatever anyone says if market crashes.

An opportunity to get some cheap coins.

Just take out your initial investment play with your profits. This is the the safest way not to lose your hard earn money.

Sep 13, 2017 -- Remember this date? China crackdown on Bitcoin caused panic selling dragging the price to $4,000.
Anyone who look at who "on the other side" of the trade would know what to do Best....
This time is a good time to Buy..

Cryptocurrency trading in South Korea is very speculative and similar to gambling. Major cryptocurrencies like bitcoin and ethereum are priced significantly higher in the country's exchanges than elsewhere in the world. For example, bitcoin traded at $17,169.65 per token at local exchange Bithumb, which was a 31 percent premium to the CoinDesk average price.
That difference in price is called a "kimchi premium" by many traders.

The government had already declared in December that it would move to apply more scrutiny amid growing trade volume at the exchanges, including moves to curb anonymous trading.

Exchanges in South Korea have consistently seen prices well above those seen on other marketplaces. On Monday, the widely used research website Coinmarketcap removed average price data from Bithumb, Coinone and Korbit from its calculations, causing confusion in the market. Prices on South Korean exchanges are typically 30 per cent higher on average.

Congratulations @arorapuneet, this post is the forth most rewarded post (based on pending payouts) in the last 12 hours written by a User account holder (accounts that hold between 0.1 and 1.0 Mega Vests). The total number of posts by User account holders during this period was 2905 and the total pending payments to posts in this category was $6776.84. To see the full list of highest paid posts across all accounts categories, click here.