💥 APPICS TOKENSALE STARTS TOMORROW 💥 - The Journey To The ICO 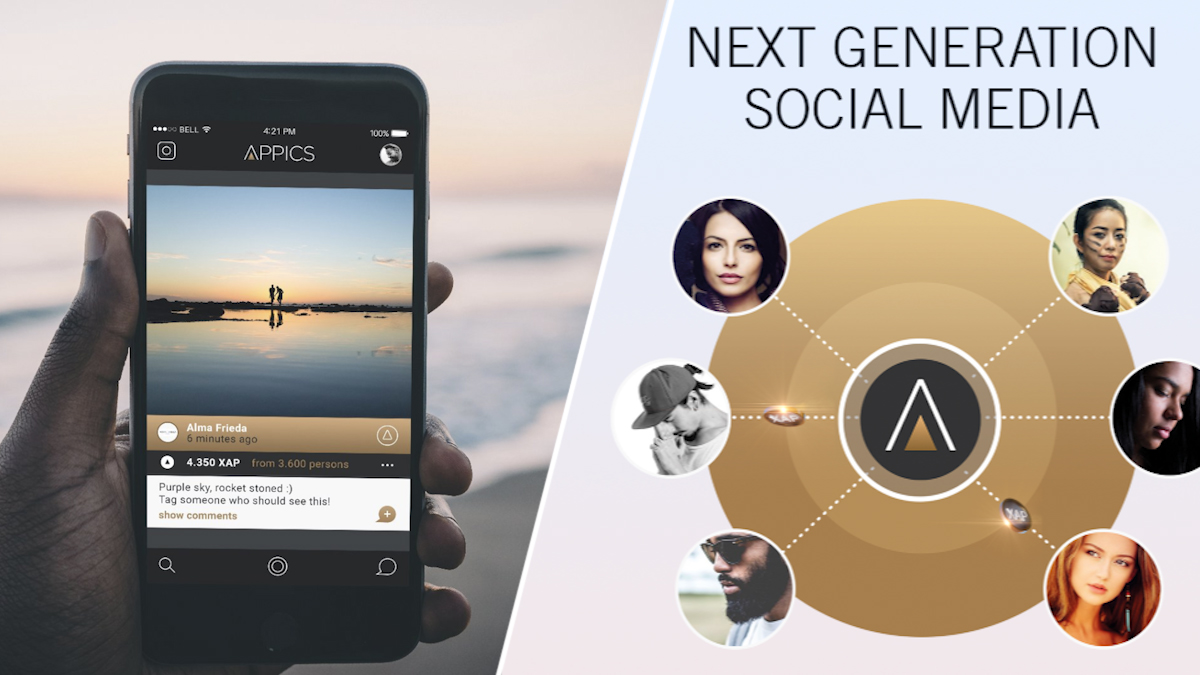 The Countdown has almost come to an end - OUR ICO STARTS TOMORROW, MARCH 28!
After our Pre-Sale was sold out in 26 minutes in December, users now finally get a chance to invest in APPICS again.
We've been working on this goal for months, preparing for the ICO, and getting everything ready in time.

And now, finally, the day has come!

Take a look at our ICO Countdown video below on DTube: The Journey until the ICO

The official APPICS journey started in late 2016 when the concept of APPICS was born. Since then, the team has been growing, working on the mobile app, representing APPICS at different events, preparing the tokensale, building the company structure and traveling the world.
But the last half year leading up to our ICO, we have been on the road non-stop.

Read about our journey on our different travels below:

Shortly after we officially announced @appics on steemit and released our official video, COO traveled to Tokyo, Japan to attend the Tribe Tokyo Business Summit hosted by Teamz.
She represented APPICS on stage and was even rewarded with 3 exclusive golden passes from investors there. 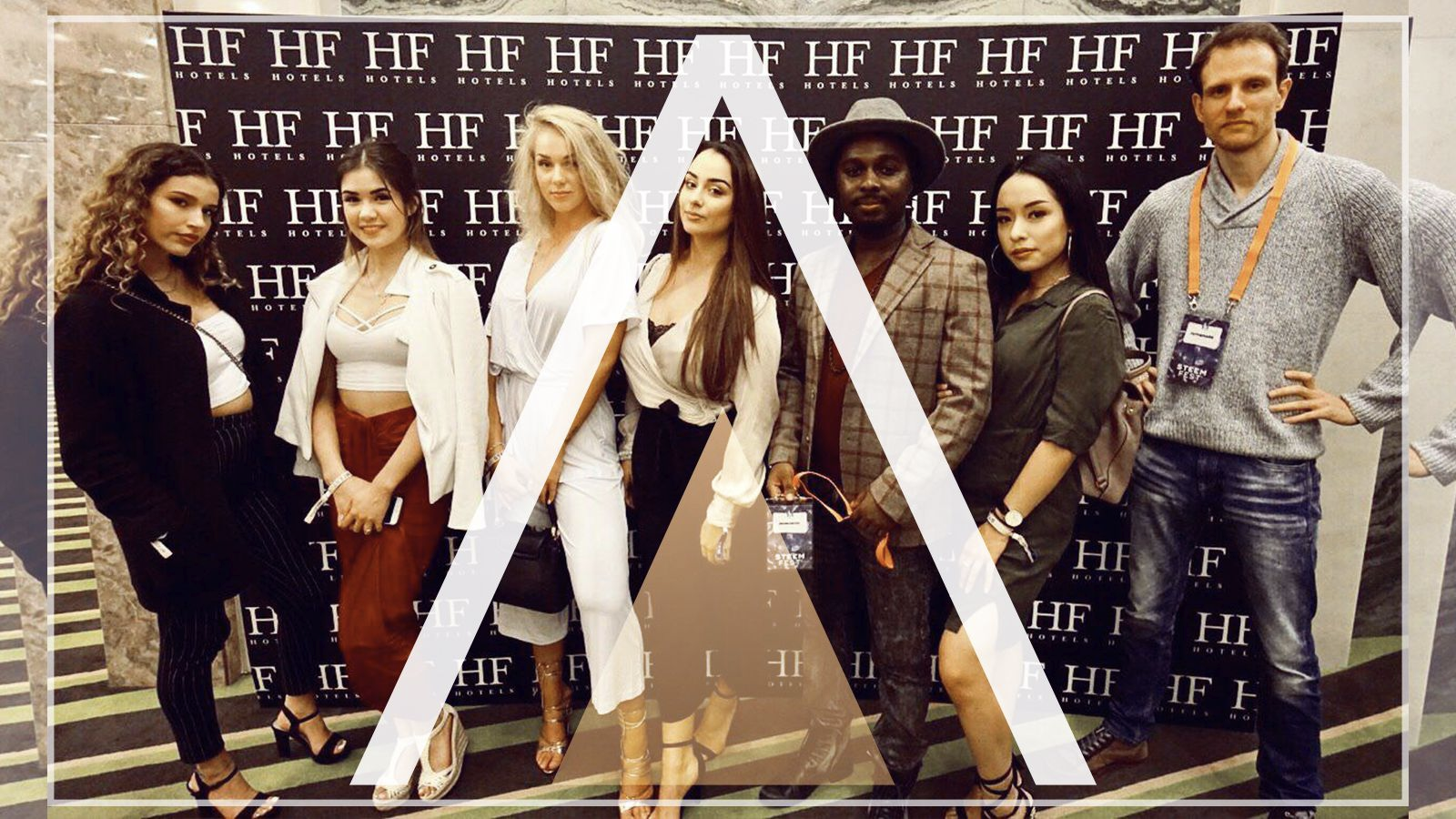 In early November last year, Steemfest2 happened in Lisbon. It was an incredible experience for Steemians worldwide to get to know each other, and put some faces to the usernames.

In december, the APPICS team flew to Mauritius to prepare for the Pre-Sale happening on december 26. We decided that the sun and warm indian ocean would be a much more productive work environment - and the pre-sale was more than successful! XAP tokens worth $1.5 million were sold out in a matter of just 26 minutes.

After spending Christmas in Mauritius, we travelled to Thailand for New Year's. We met up with the @phenom team there, discussed our collaboration during the pre-sale and planned our ICO.

APPICS was present at 2 different conferences in Dubai, United Arab Emirates: Finovate Middle East 2018 and the world blockchain & token summit.
We had a great time and connected with so many interesting people at these events, and even won prizes for both of the presentations. (You can watch the Finovate presentation with an exclusive sneak peek inside the app here)

This month, the APPICS team flew to San Francisco to attend the Tokenfest conference in San Francisco. We had an amazing time connection with crypto enthusiasts from all over the world! Take a look at our team dancing through Tokenfest here

Now, we are preparing for our main ICO starting TOMORROW! 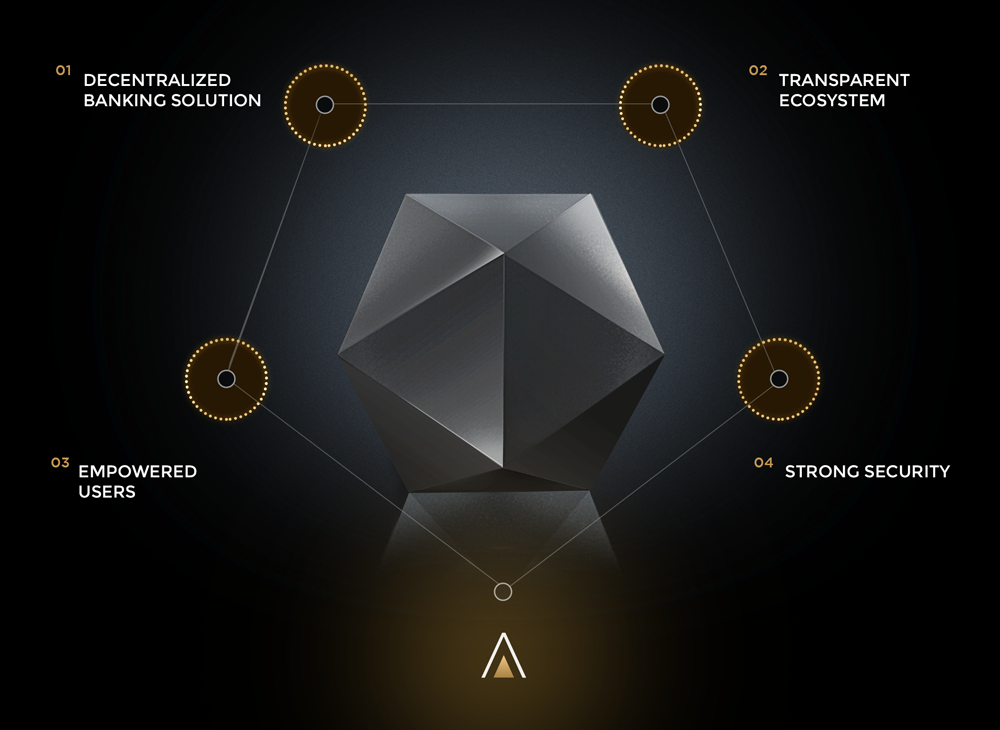 It seems like the journey is coming to an end - but actually, we're just getting started now!

The last 6 months have been incredible, representing APPICS around the globe, growing,, learning, and working with the team in different environments.

And now - the APPICS ICO starts TOMORROW! Get Ready! 💥🔥

Submit
$28.89
253 votes
67
Authors get paid when people like you upvote their post.If you enjoyed what you read here, create your account today and start earning FREE STEEM!
Sort Order:
[-]
roomservice (52)  ·  2 years ago

Hi @appics team - gotta question regarding your token sale:
What happens to unsold tokens?
Will they be kept by APPICS or burned?

Unsold tokens will be burned

Hi Appics. Could you please explain what you mean with burning tokens?

Great stuff by the @appics team! Can't wait to invest. Since I don't have the funds to invest right away, I'll be waiting until round C to officially join.

wish u the best

The website says that the token is an SMT. Have SMT's launched? How is this working technically?

You are right, APPICS is an SMT on the STEEM Blockchain. But right now, the SMT protocol is still under development by steemit inc. and hasn't launched yet.

If you want to know more about SMT: https://smt.steem.io/

Its really not a nice feeling to be at the mercy of another crypto currency. We have to wait on Steemit inc to complete the SMT protocol before we can receive our XAP tokens.

Thanks. In that case, when we purchase tokens in the ICO, we will then be waiting for SMT's to launch before we get a token?

So guys, is this happening with Smart Media Tokens?

The SMT protocol is still under development by steemit inc.

That's why we are first issuing an ERC20 token to all our early investors & supporters.
Once the SMT is fully developed, those ERC20 tokens will be swapped to APPICS tokens (XAP)

Thanks for clarifying that for us. I was wondering why you guys were issuing ERC20 tokens. Do you have any idea when the SMT protocol will be fully developed. I guess we are at the mercy of Steemit inc!

Thanks for answering guys, I’m sure you’ve probably answered this a million times elsewhere haha.

The ICO start yesterday was amazing.

Waiting for the ICO. @appics

enjoy read thus post. that is a good staff.
I also love good content, so I'm waiting for posts from you with impatience!

can't wait to join this platform

I also want to invest at crypto currency planning to invest at ethrade ..this are helpful tips friend..followed and upvoted you friend .thank you

Thanks for the post bro, some informative information right here. Ill be putting around $100 into this ICO. Keep up the good research!

The ICO is finally upon us. The journey of a thousand miles begins with a step. Well done guys.

I can’t wait to see the final app and I’m very excited if this will have a positive effect on the current steem price. It almost seems like with the current dip some people have lost hope for the future of this platform.

This new project really looks interesting. I hope the crypto-community adopt this token

It's a good chance for someone to be a whale in a steemit like platform.. Same same but DIFFERENT.

Good luck appics! I am curious about this social media platform.

Appics will be a combination of Instagram for photo sharing and Steemit for earning XAP tokens from sharing photos on the Appics network. Great project!

Can we now download the app in play store and every other online stores? Well done TEAM for the journey so far and keep thriving ahead to the future of APPICS...

The public launch of APPICS will be in Q3 :)

If we look at how successful Instagram became in such a short amount of time then Appics should be able to do the same if not better. People love sharing photos of themselves and now they will be ale to earn some XAP from their social sharing activities. Win win situation!

I don't think the app is ready for mass adoption yet. They are still testing it in house based on their previous Steemit post.

I will look for capital to invest

Cool, APPICS token XAP can be purchased with steem and Steem Dollar

You guys have done an enormous amount of promoting the app. I have followed your journey ever since your first announcement and I think you will easily find investors for Appics. You could have done more on Steemit itself though but maybe there is now more time for that.

Exactly, less ad on steemit. But they actually tried and hey! I am here for there ico bounty as I can't afford the $5k investment.

You can still invest in Round C and Round D of ICO since there are no limitations from then on! :D

When will the XAP token be listed on exchanges? I would like to buy more ...

I think they are doing more on Steemit but with an indirect approach by using bounties. I first heard about them on Steemit from one of my followers. And I've been following them since.

Wishing you all the very best team ....

Want to promote your posts too? Send a minimum of .10 SBD or Steem to @brandonfrye with link in the memo for an upvote on your post. You can also delegate to the bot for daily passive earnings. Learn more here

Awesome post well done @appics team ! looking forward to the launch , as my funds are quite low and I only have a steem account I will have to wait untill your final round to invest , as much as I would love to right now ! Im sure you will be very successful ! Good Luck !💕👍😀 cain't wait for this project.

It seems like the journey is coming to an end - but actually, we're just getting started now!

I can't wait to look back a few years from now and realize that I made a smart choice putting so much attention to Appics.

"When it comes to @Appics ICO, indeed it's quite a journey
Some are undecided and their minds are topsy turvy
Americans in USA are advised not to by their attorneys
But it's a free for all for everyone else who hurries in a flurry..."

"When it comes to @Appics ICO, indeed it's quite a journey
Some are undecided and their minds are topsy turvy
Americans in USA are advised not to by their attorneys
But it's a free for all for everyone else who hurries in a flurry..."