Live on Bitcoin in Japan for 30 days series #1 - How the GFC and high banking fees led me to attempt this project.

adventurerider (60)in #cryptocurrency • 3 years ago

The leadup to the Global Financial Crisis

It was December 2008 and I was about to embark on my first real adventure, which was to ride a motorcycle from Santiago de Chile to the USA. I had spent 2 years saving for my trip and within 2 months of my departure date my savings had shaved off 30% of their value in the fallout from the 2008 global financial crisis. Australia was one of the better countries to live in during this time due to their strict banking regulation however there was much uncertainty about whether or not the banks freeze funds (eventually this did occur - but thankfully I was unaffected).

Crossing the Chile/Argentina border on my motorbike Running through my mind was how do I protect myself against this? Do I buy gold for emergency and carry it with me in case I get locked out of my funds? I was already quite fearful about riding a motorcycle around South America due to the many lies I was told prior to my departure let alone doing it with a pocket full of gold. Eventually I chose another route, using Travelex cards to store an emergency fund in case I became locked out of my other cash. Not perfect but at least offering some amount of hedged protection.

In 2015 I landed in Bogota, Colombia with the intention of becoming a fully independent freelancer. I left in a bit of a hurry and didn't scope out the best banking solution for international transactions. Before I knew it I was being raped at the ATM in the form of fees. This is initially what led me to Bitcoin, as I was paying a ridiculous amount to the bank for basically nothing, as described in this old post of mine.

Bogota, Colombia where I had established myself as an independent freelancer 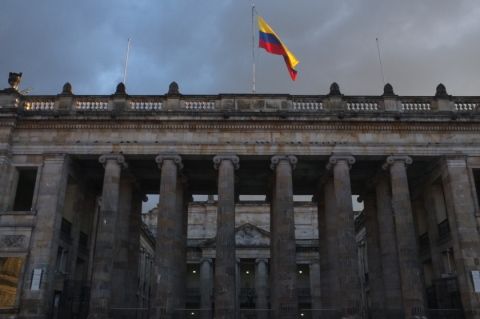 Here's a small breakdown of how I was being pillaged by the bank taken from my analysis in the above Upwork link:

So for every $700 I was out of pocket $95, this was a staggering 13% of my freelancer income going directly into the banks pocket.

This had me thinking

Have you ever wondered if it would possible to travel somewhere, while doing all bartering with Bitcoin or other cryptocurrencies? No currency conversion, wire transfer or VISA/Mastercard fees, no worrying whether the ATM will/will not accept your card, no spending half a day to line up at the ATM (looking at you Argentina!). No getting ripped off by the currency exchanges at the airport, no calculating exchange rates every day, no large amounts of cash at risk of being confiscated. Sounds perfect right?

Why was Japan selected for this project?

Japan is one of the worlds leading crypto-countries (I'm coining this phrase!!!). Japan recognizes Bitcoin as an official currency, and they are even launching their own national crypto-currency J-Coin. Japan is in the midst of a huge Bitcoin PoS (Point-of-sale) roll-out, with Bitcoin due to be accepted in 260,000+ stores. It is a country that is completely foreign to me and I don't speak the language but Bitcoin is universal and this will prove it.

I've just purchased our plane tickets with Bitcoin (I'll blog about this in my next post) and we're due to depart in just over a month.

We have a lot of planning to do in the meantime, be sure to follow as we share everything that we learn on this rollercoaster of an adventure. 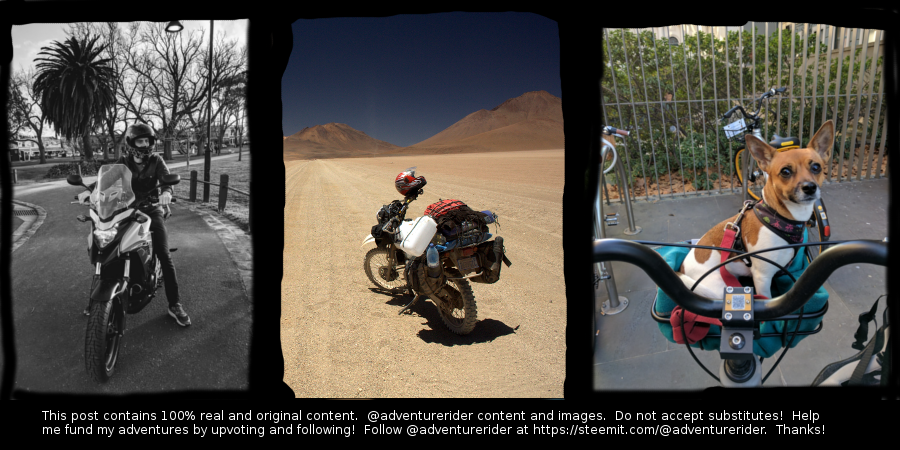 This sounds so exciting! My friends and I want to go as well!

I wish you well. Very brave of you. I know you can do it. Just stay away from those melted down wrecks they want us to forget about. I would stay as south as you can at a nice altitude. Be safe and post all about your journey.

Small world! I lived in Chile with my girlfriend (now wife) @alovelymess for a while. We were in Los Lagos region in Puerto Varas. We actually drove 10 hours and honeymooned in Santiago! Haha!

Pleasure to meet you!

Very cool, I really loved Chile and the Carretera Austral in the South is one of the most beautiful roads I've encountered. Did pass through Puerto Varas but only quickly, stayed in Puerto Montt. Also crossing from San Pedro de Atacama into Bolivia on the moto... just incredible. You live in an awesome part of the world, I gotta say. Oh and nice to meet you too!

Very valuable post, thank you! Next year we are going on around the world trip and we will try to use crypto as often as we can! Upvoted and followed! :)

This post has received a 13.79 % upvote from @booster thanks to: @adventurerider.

What a great adventure, hope to get a nice ride soon and do some road trips just carrying some BTC!!! Good luck in Japan

I need to visit Japan. Cool experiment. Cant wait to check out your next adventure. Feel free to check out my posts. Still fresh to steemit. Thanks

Best of luck with your journey! Upvoting and following.

Thanks! Cool feed, following you too :) The @OriginalWorks bot has determined this post by @adventurerider to be original material and upvoted it!

We liked your activity on Steemit and I want to invite you to Steemit bounty program.

Please, let me now about your decision in return message