You can BUY Tesla electric cars for 50 BitCoin

aadyashakti (42) in cryptocurrency •  3 years ago 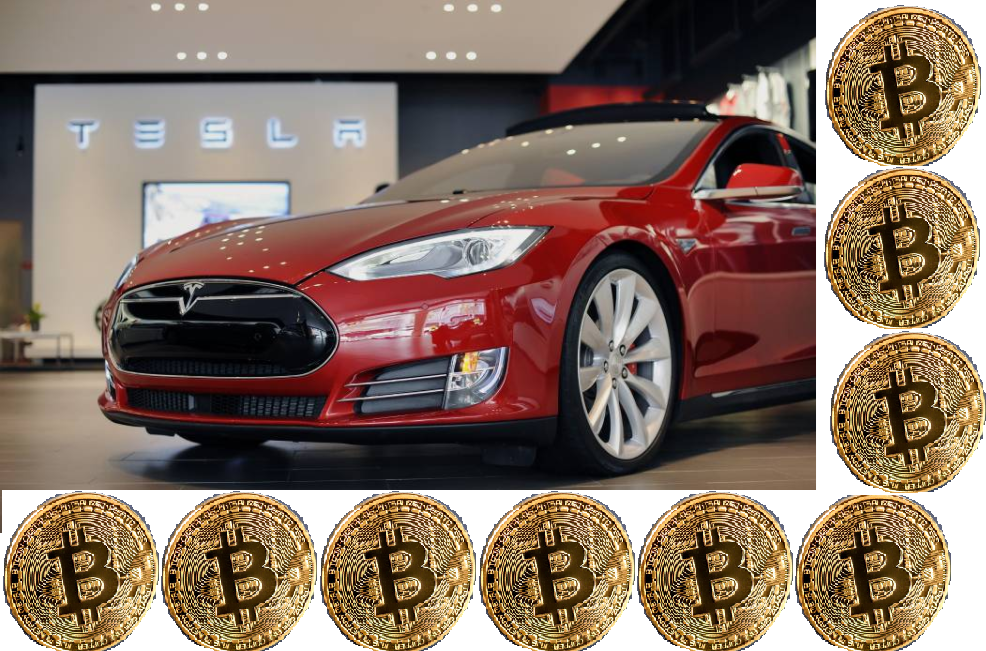 A month after accepting bitcoin for purchases on its online store, Alza has now listed Tesla electric cars for sale on its website. And they’re yours, for 50 bitcoins.

Alza has listed both the Tesla Model S and the Tesla Model X, a sedan and an SUV respectively. There have been several examples of Tesla purchases with bitcoin. One adopter even used bitcoin during the pre-sale of the upcoming Tesla Model 3.

The move to enable bitcoin payments has proved a resounding success, with 4% of all payments made via bitcoin since the launch. That’s a significant number for a retailer which recorded €644 million in turnover last year.

‘During the first month of its introduction across the European e-shop network, a staggering 4% of all payments were made in BTC,” Alza stated in an email to CCN.

Using Bitcoin to pre-order a Tesla is quite an interesting statement. Not procedurally, because as we know (and Mason has documented) of course, it can be done. What is fascinating is that now these process gaps that once kept Bitcoin out of the everyday economy are evaporating. According to the account above, it sounds like “Mason” had to spend a little bit of time on this. I think we can all imagine a not too distant future whereas all of these hurdles have disappeared.

One of the leading Silicon Valley companies, Tesla Motors, is now officially a part of the “internet of money.” Is this the first time that someone has used Bitcoin to pay for a Tesla? Maybe, maybe not. But that is not important. What’s important is that in a year that is shaping up to be pivotal for Bitcoin and blockchain, more stories like this are emerging.

In the article, Mason quotes Steve Coast as saying, “The world will only get weirder!” True, but as Mason implies, don’t forget to enjoy the drive!

All the Best For future currency !!!

Submit
$1.57
45 votes
19
Authors get paid when people like you upvote their post.If you enjoyed what you read here, create your account today and start earning FREE STEEM!
Sort Order:
[-]
mrstaf (49)  ·  3 years ago

That is just a great way to invest your bitcoin. I would be happy to get one of this things.

I not see match of them here in Thailand yet.

Maybe i will get 50 bitcoin in time to they get out in the street.

Do you have one yourself?

Hello, i wrote article about how to buy bitoin using mobile credits if someone is interested, please upvote, follow :) Thanks https://steemit.com/bitcoin/@cryptomonitor/it-works-just-bought-bitcoin-with-mobile-credits-on-coingate-prepaid-postpaid

A Tesla Car? How amazing is that!

And now I have a new view of a long term goal I've had.

My car in the near future🚘!

maybe yes... but the we have a model Z

im still hustling to get at least 1 bitcoin .... time will tell - if i would own 60 bitcoin i would buy tesla without thinking
btc :16JgfQMsq9cMkuQoMi5kzMEgjCdS37zgLX

There's gonna be a lot of people driving Teslas around by next year!

That is cheerful news for us bitcoin users and lovers, now we can buy our dream cars without converting our btc to dollars or any other currency. Thanks for the information.

Good info. Appreciated. Keep it up. I upvoted and following you, give me back as well

I'm actually becoming "interested" (no pun intended) in bitcoin.
Following this trend means one of two things, I'm growing old and I care about my future because Social Security may tank, or ...
(and I prefer this)
I'm growing smarter.

Following you will add to that new wisdom.

May buy a tesla if it becomes affordable with 1 bitcoin. Otherwise my frugality will win.

Patiently waiting to purchase a Tesla Truck via BTC!

Sounds awesome @aadyashkati! I am all in on those currencies!