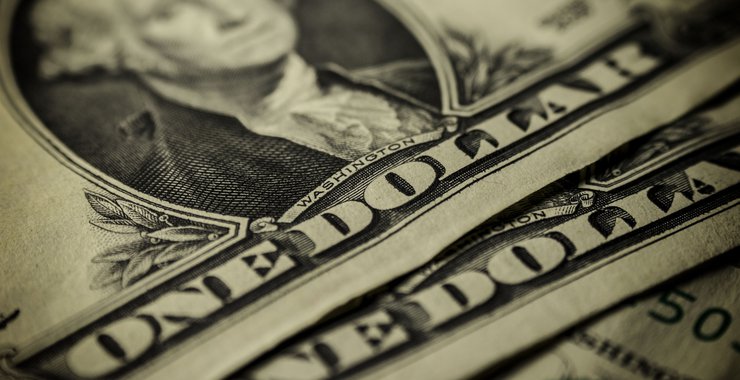 This new cryptocurrency is based on earlier work done by Circle on a digital wallet interoperability project called CENTRE.

Circle also announced a new partnership with Bitmain, which will be supporting CENTRE by helping with the launch of USDC and other CENTRE-compliant fiat-pegged tokens around the world.

Goldman-funded FinTech startup Circle Internet Financial (better known as "Circle") announced on Tuesday that it is launching this summer a new price-stable cryptocurrency called "USDC" (short for "USD Coin"). This new "stablecoin" is based on an open source fiat stablecoin framework developed and governed by the CENTRE project.

Traditional crypto assets, such as Bitcoin (BTC) and Litecoin (LTC), are not very good as a form of payment because transacting in currencies with such extreme price volatility "creates complexity and fragile settlement contracts." A price-stable cryptocurrency, such as a USD-pegged token, is essential if we want to achieve mainsteam adoption of cryptocurrency for payments, as well as for supporting maturation in financial contracts created on smart contract platforms. There are several possible approaches to creating a price-stable cryptocurrency. Two examples you may already know about are Tether (USDT) and Basis.

The Circle USD Coin, which is known as "USDC" allows customers to buy and use USDC tokens for making payments and trading in the crypto ecosystem. Each USDC is a full reserve USD-backed stablecin.

Circle says that the problems with existing fiat-backed solutions (such as Tether) are that they "have lacked financial and operational transparency, have operated in unregulated jurisdictions with unknown banking and audit partners, and have been built as closed-loop ecosystems and closed proprietary technologies."

In contrast, Circle's USDC stablecoin deals with these issues by "providing detailed financial and operational transparency" and "operating within the regulated framework of US money transmission laws, reinforced by established banking partners and auditors." USDC is built on an open source framework -- developed by CENTRE -- "with an open membership scheme that eligible financial institutions can participate in. USDC tokens will be ERC-20 compatible (meaning that they run on the Ethereum blockchain); the will minted, issued, and burnt/redeemed based on network rules defined by CENTRE.

Circle will only be the first issuing member of the CENTRE network, and further tokenized fiat stablecoins may be issued by other audited, licensed, participating network members.

So, what is this CENTRE project? Well, it was first announced by Circle in October 2017. The aim of the project was to make making global payments as easy as sending a text message or an email by finding a way to connect the world's digitial wallets (such as Venmo, Alipay, or Circle Pay) so that the organizations behind those apps could send transmit and settle funds between them.

According to its white paper, here is what CENTRE aims to provide:

"A mechanism for issuing members to mint and burn/redeem asset-backed fiat tokens, or “stablecoins,” to address price volatility."

Circle will become a member of the CENTRE network, from this point on, the CENTRE project will evolve under the leadership of a new fully independent non-profit organization. Although CENTRE was originally a wholly-owned subsidiary of Circle, the plan is for CENTRE operations and team members to be moved to the CENTRE organization, which will be created during the next few months. Circle will act as a founding member, a donator of all the technology (and associated intellectual property) developed so far, and a production user.

In connection with this project, Circle announced that it had formed a new partnership with Bitmain, that Bitmain would be championing CENTRE and USDC, and that Bitmain would be taking part in a $110 million financing round, along with existing backers such as IDG Capital and Pantera Capital, and new investors such as Blockchain Capital.

Bitmain is becoming a key supporter of CENTRE and USDC, and in conjunction with this new partnership, Bitmain is leading a $110M strategic investment in Circle. So, how is Bitmain going to support CENTRE? According to Circle, Bitmain will "join CENTRE’s efforts to introduce multiple fiat-backed stablecoins and provide financial interoperability around the world." More specifically, Bitmain will be helping CENTRE launch multiple fiat stablecoins in "a geo-currency zones."

Usdc also getting their partnerships right now and they offers 99% off trading fees for their users. I saw it announcement here: https://news.kucoin.com/en/usd-coin-usdc-gets-listed-on-kucoin-world-premiere/