What is Verge (XVG) and Why it's Value Increased 13 Times 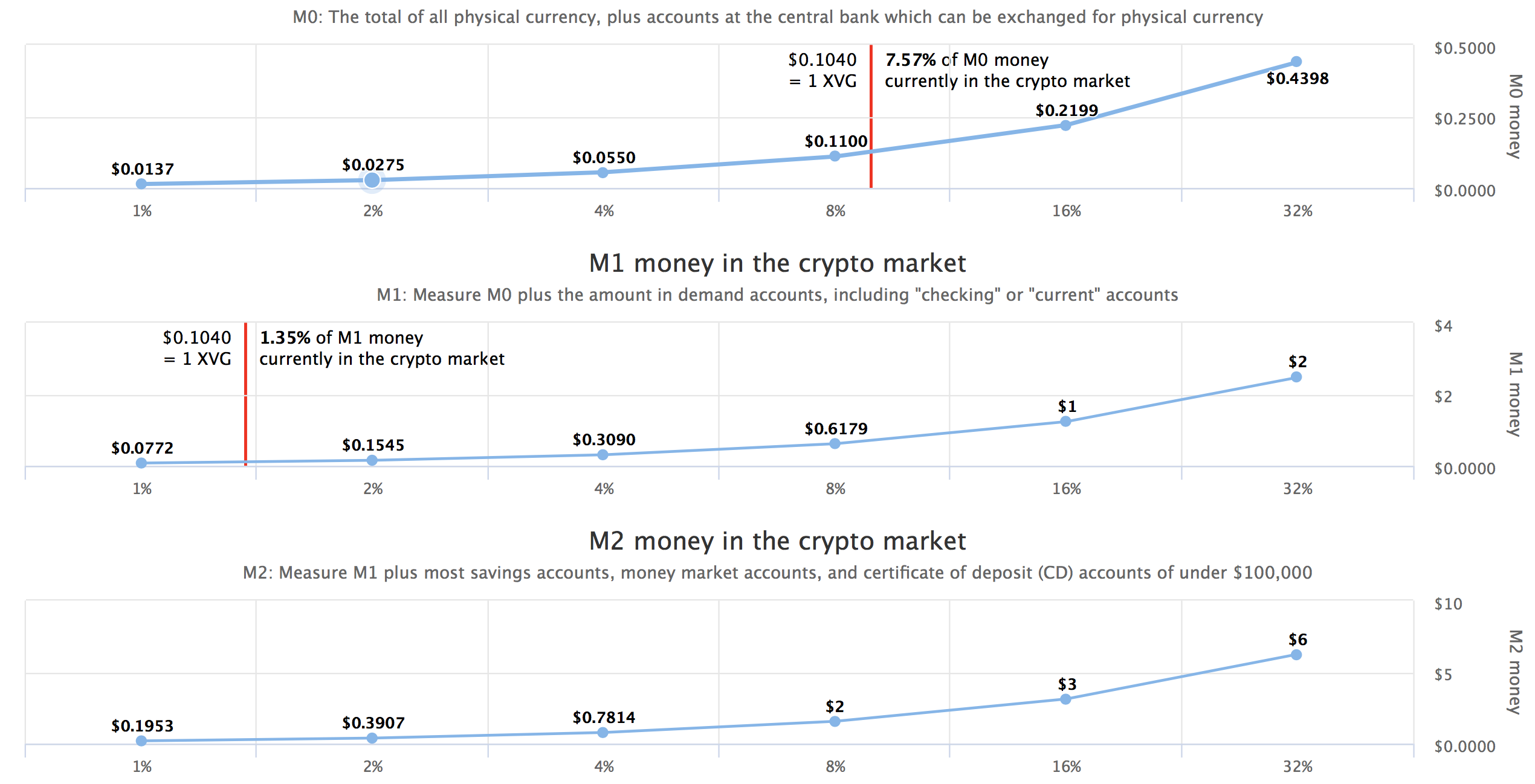 In 2009 Satoshi Nakamoto released Bitcoin, a virtual coin that would change the way we do transactions and open our minds to new financial possibilities. His WhitePaper shows that Satoshi wanted Bitcoin to be: Satoshi's Bitcoin was accepted over the years as a form of payment and has reached today almost 20.000$ (19.909$ at this moment) which is huge win for the Crypto Community but we strayed from Satoshi's vision.

Verge was created in 2014 as DogeCoinDark and rebranded in 2016 to Verge Currency to sound more serious. Not many heard of if, some say it's a scam and some are saying it has no future. But the ones that actually know what XVG is all about are already holding their Verge for years, no matter the market fluctuation or months of stagnation. So how the hell did this crazy, zealot like community formed? Why, although XVG exploded this week, they are still not dumping? (day traders are dumping, the community is not).

WHO CREATED IT
One of the reasons the XVG community is so strongly united is the way this coin was created. Its open source (anyone can contribute on its Github Repo and it was NOT conceived after an ICO token release in order to rip you off by "faking they are working for years, until slowly they disappear with your money".

The creators ( Sunerok and CryptoRekt) bought XVG with their own money after it's release, no pre-release mining was done by them. That tells a lot about their dedication. These aspects united the community to a zealot level faith.

WHY IT WAS CREATED

The very reason they even began working on XVG was because Bitcoin strayed from the path Satoshi dreamed of. Lets go back to what Satoshi wanted initially and see what XVG does about that:

Wraith Protocol will give the user the option to either pay without full anonymity so he can pay on Amazon or Ebay (these stores don't accept anonymous transactions) or by activating the Wraith Protocol to become fully untraceable and send you friend some XVG without the government asking why you sent him money and why didn't he get his cut). As a result XVG offers you the option to choose they way you want to pay.

WHY SOME PEOPLE TALK SHIT ABOUT IT
Well, actually there's only one reason, the rest are just people trying to pump their own invested coins.

Actually would you do it at all? Regardless, they have released Tor wallets for all the platforms (MacOS, Windows, Android, Linux), Twitter and Telegram bots, Encrypted Chat, and this month or at the beginning of the 2018, there will be the release of Wraith Protocol which will unite all their work in the final, completely anonymous coin it was intended to be.

So you see, we are the people, we are the community, we have been holding XVG for years now because we know when people unite, nothing stands in their way, no governments, no laws, not even haters:) (they actually gives us more strength).

XVG was never designed to make you rich over night, it was designed to give you freedom of choice and make you rich for life if you believe in it and hold it. With the help of the Survival Master John McAfee who is backing Verge up we are preparing for the 2018 launch to the moon. What? You thought the 12xincrease in value was it? We are just warming up.

If you want to see the technical details behind VERGE you can check their BlackPaper which is one of the best on the market: https://vergecurrency.com/assets/Verge-Anonymity-Centric-CryptoCurrency.pdf If you think I'm worth it then buy me a coffee.
Donations
XVG: DSFssjxAdSPk5G5qeN1MmtTyKeRViazJS7
BTC: 14qMPLs7cJ8HpD1cL3SSdGYenxShKHCnUp

Excellent Post - Accurate summation of the main points of Satoshi's white paper and elaborate showcasing of VERGE - which I am also a huge fan of!! Go hard - Happy Holidays

How does one get into verge? Best wallet?

Hey thanks for that. Does verge have any reliable faucets out there in cyber space that you know of?

Hey thanks for that. Does verge have any reliable faucets out there in cyber space that you know of?

I'm afraid the only definition I know of ,when referring to faucets are for kitchen and bathroom LOL!

incase you'r not being sarcastic - a faucet is like a donation fund where you can get a very small amount like 0.001 token for example each day, in order, for example, to check if the wallet adress is functional or correctly copy pasted

Didn't know about that, english is my second language, I speak it pretty good but far from a native individual. Thanks for the clarification.

Found you on twitter. Thanks for the article. Very in depth. I have xvg but dodnt know why lol. Not worried about it now!o!

Haha, glad I could shed some light! Prepare for the explosion, 2 more days are left!

I was searching why verge has gone up on CoinMarket and your post came up in their social tab.

Scroll down to about 21 hours ago. Very awesome!
https://coinmarketcap.com/currencies/verge/#social

upvote and following you. Thank you.

Thank you brother! It means a lot for my first post.

Glad you liked it, did my best to show where we are heading in 2018 with the market.

XVG is an outstanding project thats why Verge have a great future, under now its devaluated and XVG price not reflects the potential of this coin and its real value .

i am buying :) and holding!

Congratulations @skynet-returns! You have completed some achievement on Steemit and have been rewarded with new badge(s) :

I'm in and I'm hodling. Thanks for the excellent content!

You are welcomed! Hodl until 1$, sell then 10% and then prepare for greateness in 1-2 years. Will reach 2-5$ in the pessimistic projection.

is it still too late to buy?

Its still OK to buy at 500-600 satoshi max (for short term) if you want maximum profit based on current situation. But for the medium to long term investment (3 months to 3 years) doesn't really mater at how much you buy. It will take over the market anyway. The goal is mass adoption.

ok thanks ma man, today was brutal for all of us

What wallet are you using?

Paper.
I'm not moving enough to worry about it, but I plan on getting a cold storage wallet.

HODL still ... been holding xvg for a while now and technically speaking... i am now a millionnaire because of this coin! .... and I am still holding! Why? Like you said "... will make you rich for a lifetime"

.1 XVG to send a transaction??? That's kinda high considering if you use STEEM it's free.. but my friend talks about this coin often..

In 2018 it's already set for mass adoption. Final polishing is needed, the release of Wrath protocol and then it will rise like Elon Musk's rockets :)

Thanks for the post! And I hope Vege will become very successful and more people power and freedom:)

I have had VERGE since .04 and have been proud of its performance. That and XRP are in my long term HODL bag.

Everything else sounds great but it doesn't appear to have scale ability to go off the moon in it's price.

What do you guys think?

I've just updated my article at the beginning with a response to your question. See the predictions for 1-2 years. Red lines are around the present.