Token LUNYR, and what it is!!! 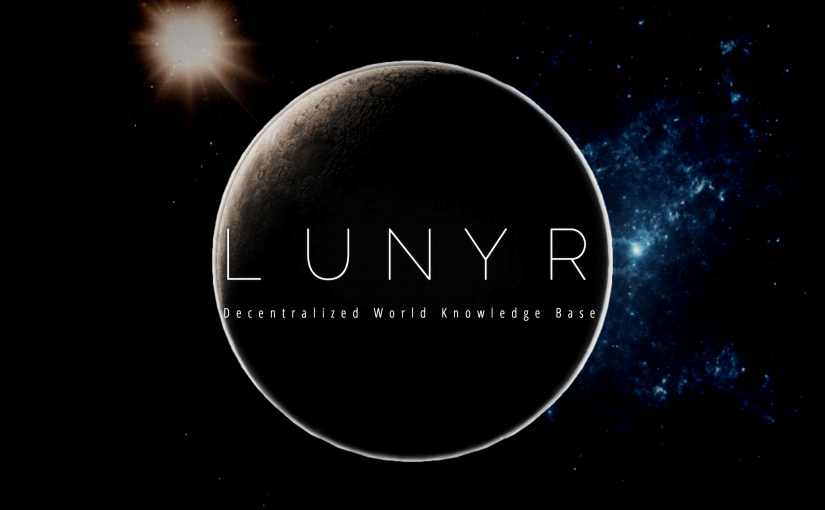 Lunyr aims to create a better knowledge base by giving a editors a compensation for their effort, pushing them to produce high quality content and lower the chances of having unwanted, promotional articles.

Lunyr’s ultimate goal is to create a new kind of collaborative knowledge system, but this time around, the team behind this crypto token wants to do it based on providing economic incentives that may remove the issues plaguing the Wikipedia model. Another benefit of the Lunyr system is that it is not limited to just the creation of written content.

At 30rd of January Lunyr releases the Beta edition which until now seems to have a great audience. Counting 2k+ members at telegram group and growing groups at Discord and Reddit

Great post! Really excited to see how the beta works out.

Will be interesting to see where this token go's, the idea of a decentralized style wiki platform that rewards quality curated content would certainly be something interesting if it gains traction.

Just dropped a new post myself, about the latest 24 Hour Sydney Train Strike check it out if you get a chance.

You got a 3.13% upvote from @postpromoter courtesy of @milarepa0907! Want to promote your posts too? Check out the Steem Bot Tracker website for more info. If you would like to support development of @postpromoter and the bot tracker please vote for @yabapmatt for witness!

Sneaky Ninja Attack! You have been defended with a 4.79% vote... I was summoned by @milarepa0907! I have done their bidding and now I will vanish...Whoosh

Congratulations @milarepa0907, this post is the forth most rewarded post (based on pending payouts) in the last 12 hours written by a Dust account holder (accounts that hold between 0 and 0.01 Mega Vests). The total number of posts by Dust account holders during this period was 17660 and the total pending payments to posts in this category was $3308.37. To see the full list of highest paid posts across all accounts categories, click here.

You can buy Lunyr on Binance.

Binance is the best exchange for trading cryptos in my opininion. You can sign up by clicking the link bellow:

Thanks for sharing, haven't heard of the token before but this makes me want to look into it a lot more.