Introducing HireVibes - Get Hired, Earn More and Give Back Let’s add another dimension to this: Imagine what 7 billion people could accomplish if we all started working together to achieve a common goal – like cleaning the environment and creating abundance for all that live on planet Earth.. Wouldn’t it be exciting to watch it happen or even better, participate?

HireVibes is a new decentralised social hiring platform that’s growing this vision; into a reality

Using smart-contract blockchain technology, HireVibes will be able to efficiently and transparently operate as a decentralised community-run autonomous organisation (DAO). This will enable much lower hiring costs to employers and more money, benefits and security of information to jobseekers and referrers.

And as you may have guessed by our brand, HireVibes will also be doing this in a fun and financially rewarding way for employer brands, the talent market and referrers alike - while also adding a sense of purpose and contribution to the work we all do, both on an individual and collective scale.

HireVibes will do the core work that a centralised recruitment agency, traditional job board or freelance marketplace would normally do: by advertising and matching jobseekers with permanent, contract and freelance job opportunities worldwide based on their desired conditions.

HireVibes DAO will incentivise the public crowd to source the right candidates for job openings by enabling anyone to earn or share a 5% crypto token reward based on the salary or rate of the job in offer in HireVibe coins (HVC), for simply applying or referring candidates successfully to job openings.

HVC tokens are being developed as a blockchain utility token that will run the HireVibes DAO network. These tokens can be used for donating and voting access within HireVibes DAO.

It will be free to advertise jobs on HireVibes. Upon successful hires only, HireVibes will charge a small commission fee of (7.5%) to the hirer / employer based on the salary or rate of the job in question. (The average centralised agency fee ranges from 15% - 30%!)

Upon receiving the payment a certain period of time after the new hire begins his/ her tenure, HireVibes DAO will automatically redistribute 5% or (67% of the total 7.5% fee) back to the successful candidate (and to the referrer if there was one involved) and a charity / initiative of the new hires choice, broken down as follows;

1. By financially and ethically incentivising the crowd to source candidates (crowdsourcing) with a 5% financial and donation reward;

HireVibes DAO will generate a larger quantity and higher quality of direct and referred CV applications to open job vacancies. Thus; making it easier for hirers to make the right hires consistently in an efficient and cost-effective way, which also generates highly positive PR marketing for each employer brand.

2. This 5% token reward includes a fixed 1% donation fund for donating to Humanitarian and Environment projects of the new hire’s choice.

On average, this will roughly be a 500 euro sum generated per each new hire made through the HireVibes platform, which if it’s used right; is a lot of resources for supporting humanitarian and environmental projects.

One such option to donate to will be a not for profit organisation called WellsforZoe who can transparently construct a water well in Malawi, East Africa using local labour for 250 euros. One water well provides access to clean drinking water to 300+ people for life.

So, imagine every time someone finds a new job or helps a friend to find a new job, that successful candidate also generates a 500 euros donation fund on average as a spin-off effect of finding a new job, which can be used to provide 600 people in need with water for life! 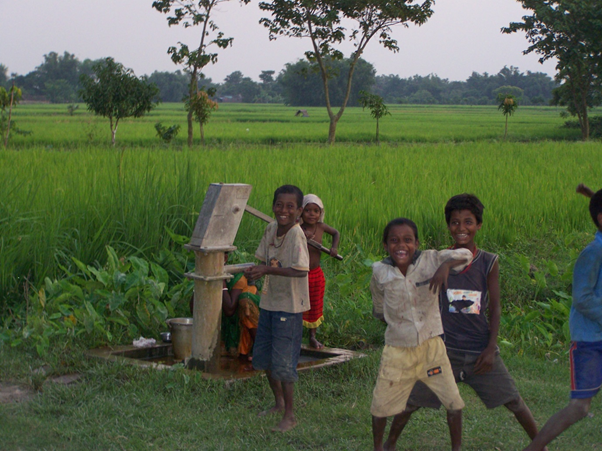 The potential for positive impact is vast and unlimited. Building two water wells is an amazing contribution to a bigger cause that anyone will be able to make by finding a new job or hire using HireVibes.

Conclusion – to be continued

HireVibes creates positive experiences for everyone involved in the hiring process; the new hires, referrers and the Employer Brands in question while also generating resources for eco-driven projects and qualified (transparent) charities per each hire made through HireVibes DAO.

Humanity has the skills, energy and capacity needed to create a harmonic and abundant world in which everyone thrives. HireVibes is a project aiming to help us use our collective energy and creator capacity in a way that generates positive vibrations for ourselves and the environment; frequently.

As the man known as Nikola Tesla once said;

"To understand the keys to the universe, think in terms of energy, frequency and vibration"

I also want to give a big shout out and thank you to our team and everyone who helped HireVibes get to this stage! However, it’s only the beginning of a very exciting journey ahead and we want everyone to get involved.

There will be a capped donation-based token generation event and bounty campaign for HVC coming up in the near future along with news regarding the smart contract platform that HireVibes DAO will be created on.

Stay tuned for updates by following us @HireVibes on Twitter and by signing up to our newsletter.

If you would like to contribute to HireVibes whitepaper, below is a link to our GitHub page, code will be available soon. All contributions are warmly welcomed.

That's a solid idea. I'm working on a similar concept but genre is very different.

Wishing you have great success for the future!!

Will be watching this space to get your progress reports ..

Perhaps I'll get a gig through the site. It's great you're giving back to the world. Love it!